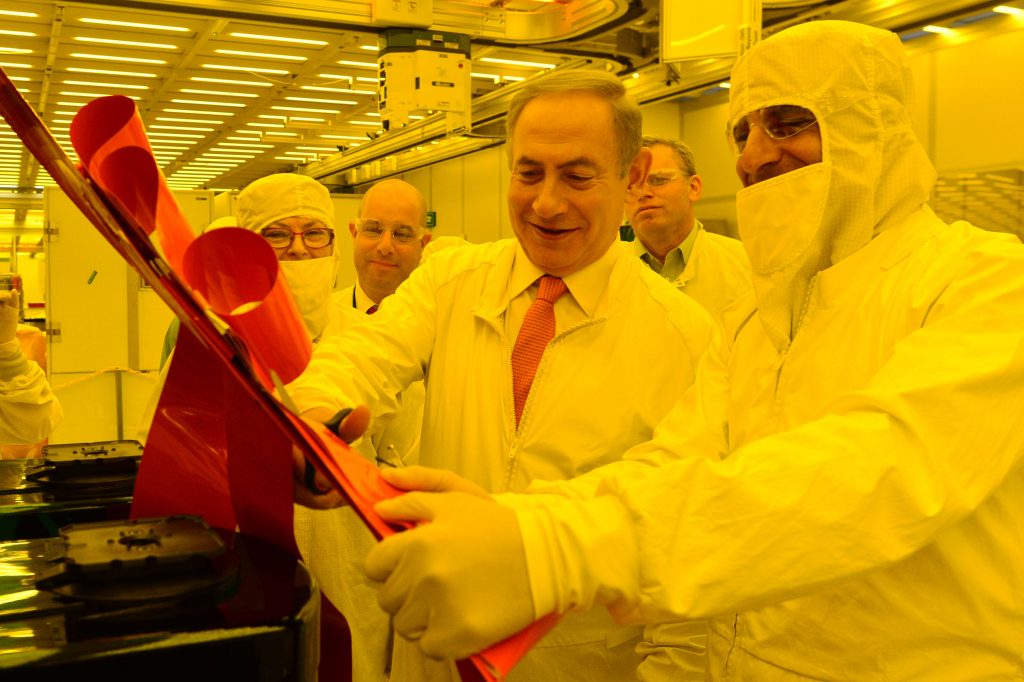 During the opening ceremony, Netanyahu told Intel employees: “The vision of the future is realized here, now. You are producing a new future. Using technology, you amplify Israel’s power. Israel is a global technological superpower. The national revolution is to do away with the periphery called Kiryat Gat, Beersheva, Afula and Yokneam. There is no south or north; we are doing away with the periphery.”

Netanyahu toured the plant together with Prime Minister’s Office Director-General Eli Gruner and National Economic Council head Prof. Avi Simhon. They met with company employees and managers and visited the clean room where chips are produced.

Amir Faintuch, Intel senior vice president and representative of its global management, told Netanyahu during the visit that Israel, in which Intel has four R&D centers and a production plant, will play a key role in the strategic change the company has been undergoing recently.

“At present, Intel is turning from a company specializing only in developing and producing chips to a company whose developments drive cloud-based computer centers and billions of smart, connected devices,” he said.