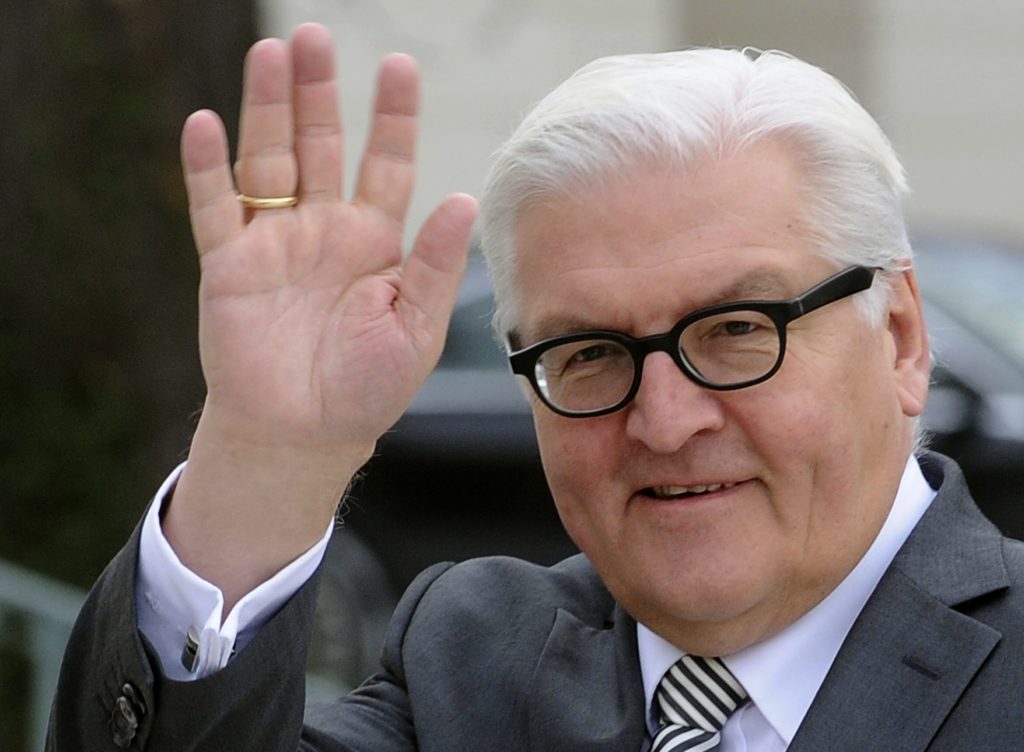 Germany’s foreign minister, who once referred to Donald Trump as a “hate preacher,” was tapped Monday to become the country’s next president.

Frank-Walter Steinmeier would take over the largely ceremonial role as head of state from Joachim Gauck, whose five-year term ends in February.

Chancellor Angela Merkel said her center-right Union bloc would back Steinmeier’s nomination for the post, calling it an important signal “particularly in times of worldwide turmoil and instability.”

Together with the votes of Steinmeier’s own center-left Social Democratic Party, the 60-year-old political veteran would likely have enough support to win a vote among the 1,260 delegates who elect Germany’s next president on Feb. 12.

Asked in August about the rise of right-wing populism in Germany and elsewhere, Steinmeier slammed those who “make politics with fear.” He cited the nationalist Alternative for Germany Party, promoters of Britain’s exit from the European Union, and “the hate preachers, like Donald Trump at the moment in the United States.”

Following Trump’s election, Steinmeier said the Republican’s victory meant “nothing is going to get easier. A lot will get harder.”

He said Germany would seek dialogue with the Trump administration, but warned that American foreign policy would likely become “less predictable.”

Steinmeier first gained national attention in 1998 when he became chief of staff to Merkel’s predecessor, Gerhard Schroeder. He was credited with keeping a sometimes chaotic center-left government running smoothly and seeing through a package of economic reforms and welfare-state cuts in 2003.

The reforms, launched at a time of high unemployment and economic stagnation, were credited with helping fuel growth and make the economy more resilient, but critics said they fueled social divisions.

He won widespread respect in 2010 when he took a few weeks away from politics to donate a kidney to his wife, Elke Buedenbender, a judge at a Berlin administrative court.

Steinmeier’s promotion would leave a void in the foreign ministry, where he led efforts to resolve conflicts in Ukraine and Syria.