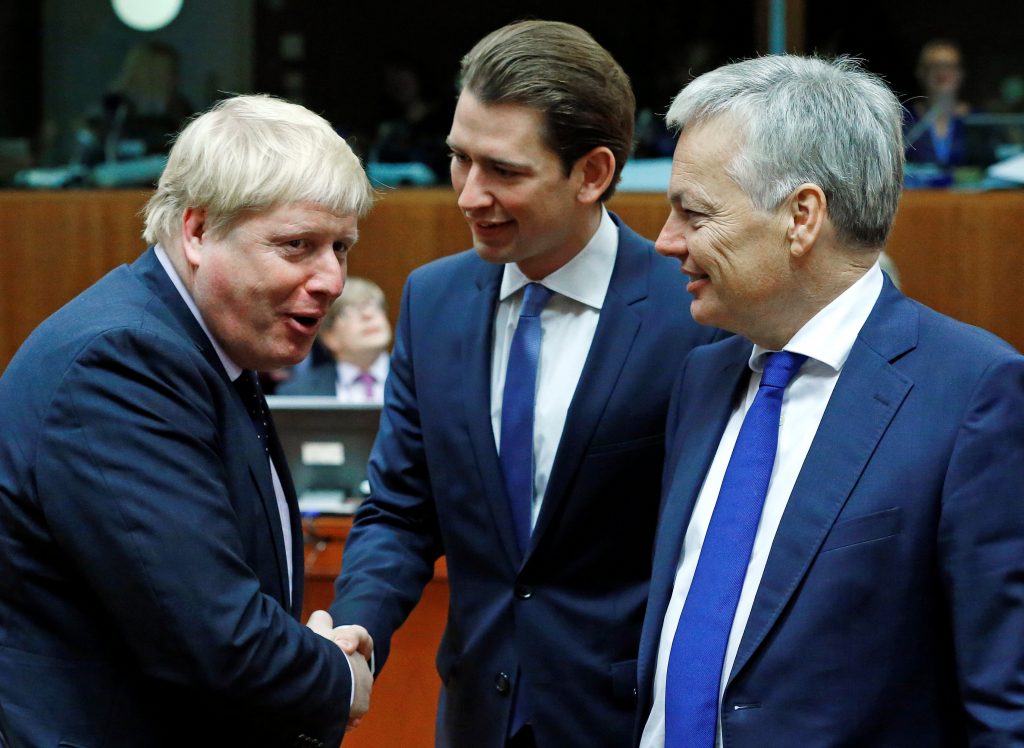 Top EU diplomats are calling for more robust European defense and a greater European voice in world affairs as Donald Trump — whose isolationist, protectionist promises have worried many in Europe — prepares to assume the U.S. presidency.

With many question marks around Trump’s foreign policy plans, EU foreign ministers agreed Monday at talks in Brussels on the need to strengthen Europe’s role in world affairs until the future of trans-Atlantic relations becomes clearer.

The top diplomats were set to join defense ministers later to discuss cooperation with NATO, whose future is uncertain after Trump suggested that Washington could abandon its NATO commitments, which include mutual defense in case of an attack.

Noting EU defense activities that are already operating, like anti-smuggling operations and U.N. peacekeeping, she said, “We have a lot of potential that we don’t utilize yet. There is a need to strengthen our security profile. It’s what our citizens need.”

“We are in an uncertain world, and it has not started with the election of Mr. Trump,” said French Foreign Minister Jean-Marc Ayrault. “But Europe must not wait for others’ decisions, it must defend its own interests — that is to say, the interest of Europeans — [while] at the same time reaffirming  its strategic role on the global level.”

His Belgian counterpart, Didier Reynders, said Trump’s election was “a possibility for the EU to go further. We need to enhance our capacity in defense and security.”

“The EU needs to find a way to have its voice heard in the search for political solutions … and ensure that it’s not simply a conversation between Washington and Moscow, so that we can have the EU really at the table,” he said.

In a first move Monday, the ministers reaffirmed their support for the Iran nuclear agreement, which Trump has branded the “worst deal in the world” and vowed to renegotiate. They said “the European Union reiterates its resolute commitment” to the part of the action plan that EU heavyweights Britain, France and Germany agreed upon with Iran.

The plan includes lifting “nuclear-related economic and financial sanctions and engaging with the private sector and economic operators, especially banks, to promote growth in trade and investment.”

While campaigning, Trump called the pact agreed upon last year a “lopsided disgrace” and railed against its time-limited restrictions on Iran’s enrichment of uranium and other nuclear activity. Trump’s exact plans are vague, though, and renegotiating a deal Iran and other partners are happy with would be difficult.

But perhaps Europe’s most pressing problem is to understand how Trump wants to deal with Russian President Vladimir Putin.

The EU has imposed sanctions on Russia over its 2014 annexation of Crimea and destabilizing role elsewhere in Ukraine. Any signal from Trump about a warming of U.S. relations with Russia is likely to embolden already-reluctant countries like Germany, Italy and others to push for an end to the sanctions regime.

British Foreign Secretary Boris Johnson insisted Monday that Trump’s presidency could be a “moment of opportunity” for Europe.

Johnson, who championed Britain’s exit from the EU and skipped Sunday night’s foreign ministers meeting, said Trump “is a dealmaker and I think that could be a good thing for Britain, but it can also a good thing for Europe. I think that’s what we need to focus on today.”

Others EU diplomats said they should focus instead on problems closer to home, such as the refugee emergency and economic issues.

NATO’s secretary-general appealed Sunday for trans-Atlantic unity and warned that “going it alone” wasn’t an option for either Europe or the U.S.

“We face the greatest challenges to our security in a generation. This is no time to question the value of the partnership between Europe and the United States,” NATO chief Jens Stoltenberg wrote in Britain’s Observer newspaper.