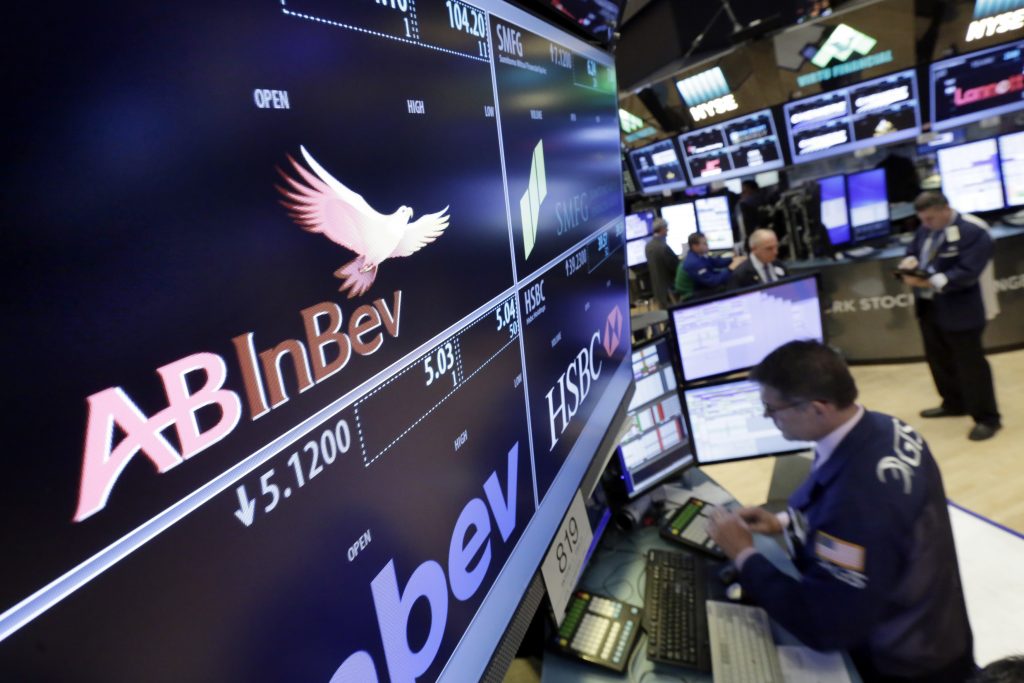 The Dow Jones Industrial average opened at a record high on Monday, driven by financial stocks, after the index capped off its best week since 2011 following Donald Trump’s unexpected victory in the presidential election.

Since Trump’s triumph last Tuesday, investors have been betting on his campaign promises to simplify regulation in the health and financial sectors and boost spending on infrastructure.

The financial index rose 2.18 percent to its highest level since 2008. Goldman Sachs and JPMorgan provided the biggest boost to both the S&P 500 and the Dow.

The Nasdaq Composite was little changed, weighed down by tech giants Apple, Facebook and Microsoft.

Stock markets around the world were affected by a continued selloff in the global bond market as investors looked for more clarity regarding Trump’s policies.

The risk of faster domestic inflation and wider budget deficits if Trump goes on a spending binge sent yields on U.S. Treasury and other benchmark global bonds higher. The dollar index surged to an 11-month high.

Yields on the U.S. 10-year Treasury notes climbed to their highest since January on Monday at 2.30 percent, while 30-year paper shot above 3 percent.

“The prospect of higher inflation due to higher fiscal spending under the Trump administration has caused bonds to sell off, and while higher inflation is good for the U.S. economy in the long run, it is seen as a negative factor in the short term because this market is used to near zero interest rates.”

Six of the 11 major S&P sectors were lower, with the utilities index’s 0.93 percent fall leading the decliners.

The central bank is widely expected to raise interest rates at its December meeting, with traders pricing in an 81 percent chance, according to CME Group’s FedWatch tool.

Oil prices were at around three-month lows as the prospect of another year of oversupply and weak prices overshadowed chances that OPEC would reach a deal to cut output.

Harman International rose 25.5 percent to $109.99 after Samsung Electronics announced an $8 billion deal to buy the company.

Mentor Graphics surged as much as 18.9 percent to a record high of $36.50 after Siemens agreed to buy the company in a $4.5 billion deal.