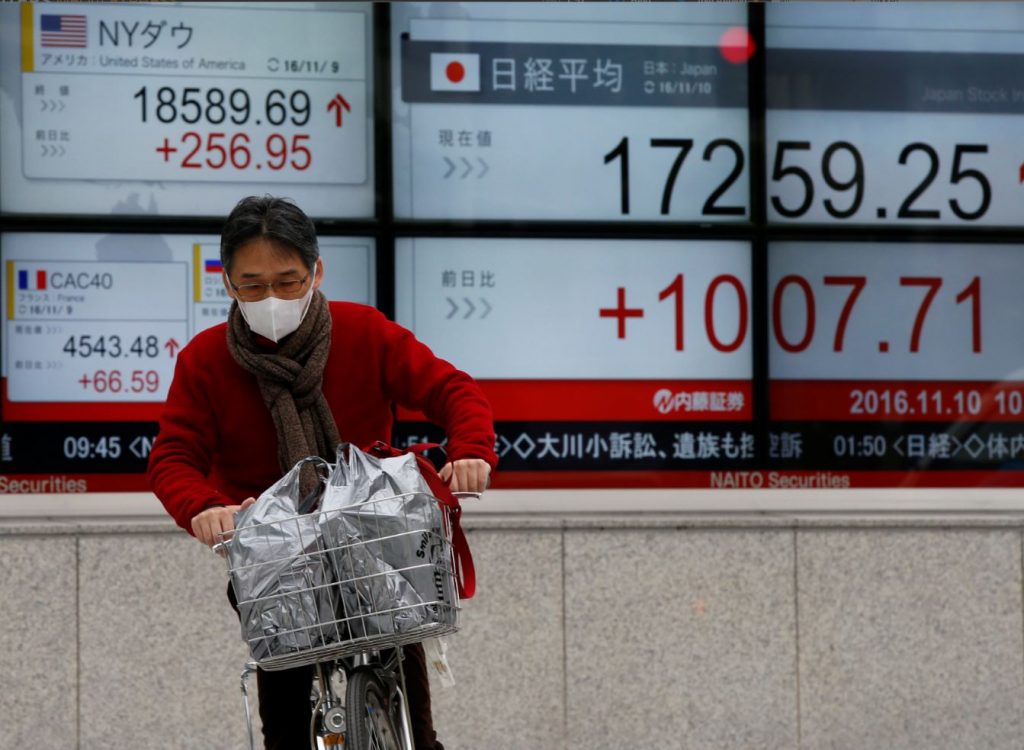 Asian shares were mostly lower Monday but Japan’s benchmark got a boost from a weaker yen. Other regional bourses have gradually steadied after a bout of turmoil following the U.S. presidential election.

Donald Trump’s victory over Hillary Clinton has set off a rally on Wall Street, as jitters gave way to hopes. Investors are now betting that Trump and a Republican-controlled Congress will boost infrastructure spending, cut taxes and relax regulations that affect energy, finance and other businesses.

Data for Japan’s gross domestic product showed the economy had grown faster than expected in the July-September quarter, rising 2.2 percent in annualized terms, on the back of healthy exports. The dollar being sought as a safe haven after the U.S. election is also good news for Japan Inc.’s giant exporters.

“Global risk assets unexpectedly rebounded on Donald Trump’s victory in the U.S. presidential election last week, along with a fast sell off in safe-haven assets including gold and the Japanese yen,” says Margaret Yang Yan, a market analyst at CMC Markets in Singapore. “No more surprises before [the end of 2016], please.”