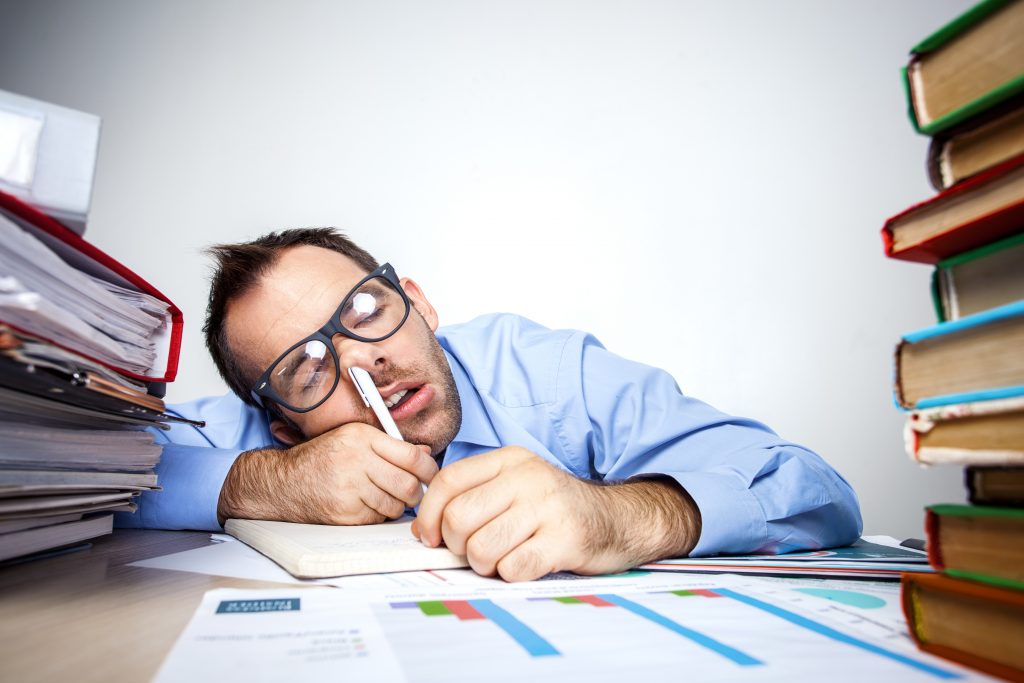 We all know sleep matters for job performance. After a week of vacation, you may find your work better than ever. But rack up a week of sleepless nights – say, following a polarizing presidential election – and you may find yourself struggling.

It wouldn’t surprise anyone that sleep affects attention, memory and cognition – important factors in the workplace. But striking new research suggests the effect of additional sleep is so powerful that it could actually translate into thousands of dollars in wages. A new paper – from Matthew Gibson of Williams College and Jeffrey Shrader of University of California-San Diego, based on data from Jawbone, the fitness and sleep tracker company – says that additional time sleeping can translate into thousands of dollars in wages.

In fact, they calculate that a one-hour increase in weekly sleep raises wages by about half as much as an additional year of education.

Now, the story is not so simple. Don’t think you can start to sleep more and you will instantly make more money. It’s more about the subtle interplay between how people schedule their lives, how much time they have available to sleep, and how that affects worker performance and, ultimately, earnings.

To investigate how sleep affects worker wages, the researchers took advantage of a kind of natural experiment – sunset times across American time zones. Past research shows that people naturally end up sleeping longer when the sun sets earlier, for example in the winter, even if the person goes to bed well after dark. When the sun sets an hour later, it reduces nighttime sleep by roughly 20 minutes per week.

Within a single time zone, the time of sunset varies substantially. For example, the sun sets about an hour and a half earlier in Mars Hill, Maine, than in Ontonagon, Michigan, even though both are in the Eastern time zone. Because there shouldn’t be any significant differences in workers on the eastern or western edge of a time zone beyond the amount of time they sleep, researchers use this variation to calculate how much sleep influences wages.

They find that a one-hour increase in average weekly sleep in a location increases wages by 1.3 percent in the short run; this includes changes of less than a year, and a 5 percent increase in the long run. By moving to a location where sunset is one hour earlier, a worker will make an additional $1,570 a year.

Those differences in wages end up being incorporated into the local economy. The researchers find that higher wages actually translate into higher home values as well. A county that experiences a sunset one hour earlier has on average a 6 percent higher median home value, about $7,900 to $8,800 dollars, they say.

Not all of these wage differences are due directly to sleep, the researchers caution. Some could be due to the cumulative influence of other people. If the workers around you are made slightly more productive by sleeping better, that could make your work more productive, too.

The findings suggest that sleep is a crucial determinant of productivity and wages, “rivaling ability and human capital in importance,” the researchers write.

Given the huge benefit that more sleep can bring, we should certainly pay more attention to ensuring that workers sleep more, they say.