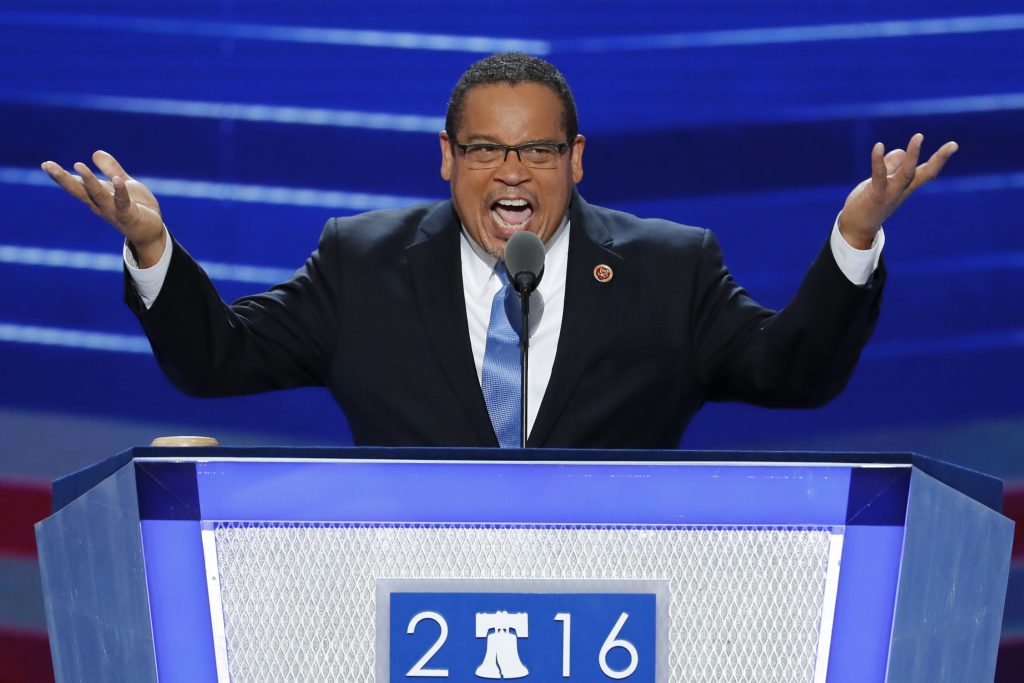 Rep. Keith Ellison, D-Minn., who has emerged as a leading candidate for the next chairman of the Democratic National Committee, sidestepped a question on Sunday about whether he would be willing to give up his post in Congress to better serve the party.

While support for Ellison has been building among liberal lawmakers and advocacy groups, several in the party – including former Vermont governor Howard Dean, who is seeking to return to the DNC chairmanship – have argued that Democrats need a full-time chairman with Republican Donald Trump in the White House.

“The most important criteria for the DNC chair is going to be vision,” Ellison said during an appearance on ABC News, when asked whether he would resign his position in Congress. “It’s not about one person. It’s about millions of people all working together to protect and advance the interests of working Americans.”

The selection of a new chairman could be an early proxy fight for the direction of the Democratic Party in the wake of Hillary Clinton’s stunning loss to Trump on Tuesday.

During the interview, Ellison also argued that the DNC needs to be more focused on building enthusiasm at the grass-roots level than catering to the party’s big donors.

“I love the donors, and we thank them, but it has to be the guys in the barbershop, the lady at the diner, the folks who are worried about whether that plant is going to close, they’ve got to be our focus,” Ellison said. “That’s how we come back.”

The next chairman is scheduled to be picked next year by DNC members across the country. Besides Ellison and Dean, several other names have emerged as possible successors to interim chairwoman Donna Brazile, a longtime Democratic operative who stepped in after Rep. Debbie Wasserman Schultz (Fla.) announced her resignation in July.

Wasserman Schultz, who continued to serve in Congress during her DNC tenure, was driven from the position after a trove of hacked emails showed favoritism among DNC staff for Clinton over Sen. Bernie Sanders (Vt.) during the Democratic primaries.

Another name being floated is Ilyse Hogue, a liberal activist.

Sanders, the runner-up in the Democratic primaries, has started an online petition drive aimed at members of the DNC to show how much support there is for Ellison among his backers.

And Sunday, Rep. Bonnie Watson Coleman, D-N.J., a Clinton supporter during the primaries, announced that she is backing Ellison, and sent a letter to members of the Progressive Change Campaign Committee, a grass-roots group.

During his ABC interview, Ellison was also asked whether he thought the decision by FBI Director James B. Comey to make public additional scrutiny of Clinton’s emails had cost her the election.

“I think that did not help,” Ellison said. “It certainly … changed the conversation.”