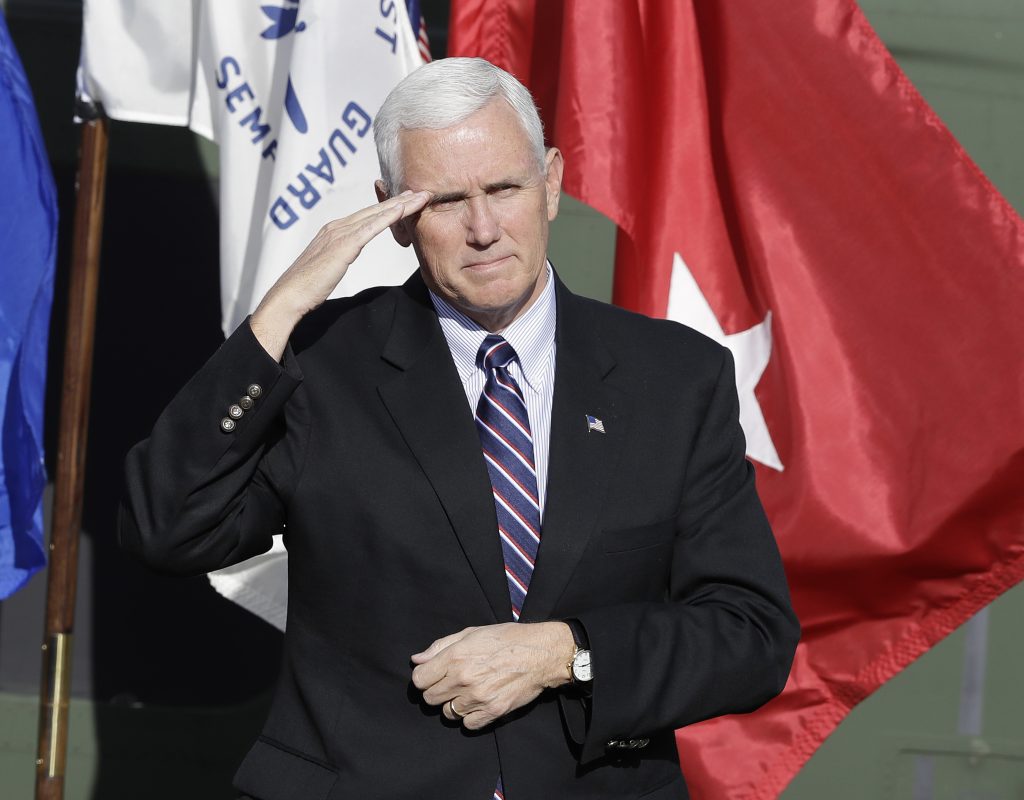 President-elect Donald Trump’s decision to empower his running mate Mike Pence to steer the presidential transition gives the soon-to-be vice president a powerful hand in shaping the incoming government and could foreshadow that he will play an outsized role in the White House.

Pence’s ascension is in line with a recent trend toward influential vice presidents and appears similar to the last vice president who was handed the keys to a presidential transition: Dick Cheney.

As the nation was embroiled in the recount after the 2000 election, George W. Bush informally entrusted Cheney to begin building the government even before the outcome was settled in favor of the Republican ticket. Some of the work was done sitting around Cheney’s kitchen table in McLean, Virginia, remembered Ari Fleischer, who became Bush’s first press secretary.

“This is a big test for Pence,” Fleischer told The Associated Press. “If it goes well, it will portend a bigger job for him in the White House.”

Cheney clearly passed that test, and became one of the most powerful vice presidents in recent memory, particularly during Bush’s first term. Cheney not only ran Bush’s vice presidential search team — eventually picking himself — he stocked the administration with veteran Republicans, many of whom he had known for years.

“The vice president was so influential he barely spoke in meetings because he knew he would see the president alone and could convey his thoughts privately,” said Fleischer. “Only the truly powerful can be that silent. And when he did talk, it was pretty impactful.”

It is far too soon to say if Pence will have a similar voice in Trump’s White House, but naming him the chairman of the transition team broadcasts to others in Washington that he will be a key player.

“If you’re given an important role in the transition, it sends a signal to other people that you matter,” said Joel K. Goldstein, a law professor at St. Louis University who is widely considered one of the nation’s leading experts on the sometimes obscure history of the vice presidency. “Other political actors want to deal with you due to your perceived access and influence to the president.”

It also gives the vice president a chance to put his own stamp on the administration. While Trump ran as a political outsider and was not shy about burning bridges to establishment Washington, Pence is a popular GOP figure who may opt to select longtime allies for key roles.

“Those who get new jobs may feel beholden to the vice president and feel responsive to him,” said Goldstein. “It’s a way of guaranteeing a degree of loyalty.”

Unlike Bush and Cheney, who were friends for years, or Bill Clinton and Al Gore, who were both of the same generation of moderate Southern Democrats, Trump and Pence did not have much of a relationship before the celebrity businessman selected the Indiana governor to be his running mate. Trump then waffled, having second thoughts about the choice and asking aides if he could replace him.

But those close to Trump say he and Pence, a dyed-in-the-wool social conservative who also served in Congress, have forged a friendship and there is little doubt that the selection of the Indiana governor — as opposed to embattled New Jersey Gov. Chris Christie — sent a reassuring signal to some mainstream Republicans who had previously been ill at ease about the incendiary nominee. Pence’s closing argument was that it was time “for Republicans to come home”, and Trump won a higher percentage of Republican votes than his opponent Hillary Clinton did from Democrats, according to exit polls.

There has also been speculation that Trump would view the presidency as a CEO role and delegate some of the decision-making elsewhere. Aides to Ohio Gov. John Kasich said that Trump’s eldest son had suggested over the summer that the future vice-president would do much of the heavy lifting on both foreign and domestic policy while Trump would be in charge of “Making America Great Again,” a claim the Trump camp later denied.

It seems likely that Pence will play a key role. For decades, vice-presidents were mere window dressing, given largely ceremonial tasks and left out of key decisions. That changed in 1976 when Jimmy Carter elevated Walter Mondale’s role — Mondale also ran the transition — and vice-presidents since have large staffs, are often placed in charge of key administrative priorities and frequently become the administration’s liaison to Capitol Hill.

“Trump has learned to trust Pence and Pence has years of experience in Congress,” said Larry Sabato, head of the University of Virginia’s Center for Politics. “I think it’s dawning on Trump that he’s now got enormous responsibilities and needs the help of every experienced, competent person he can find.”