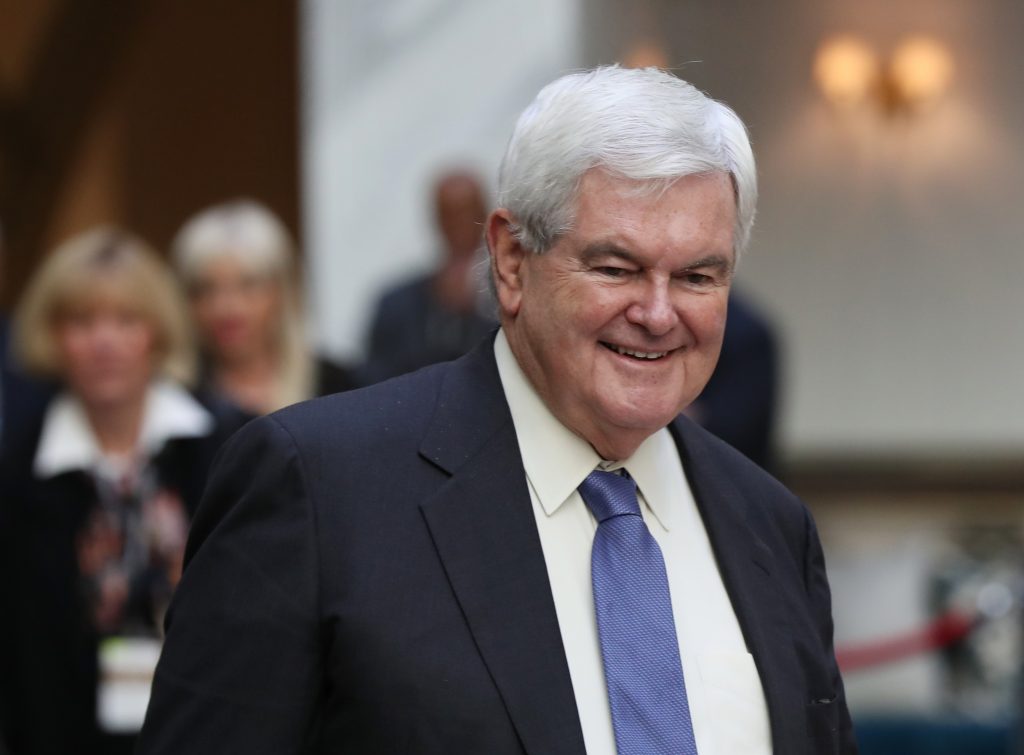 “It’s garbage,” the former House speaker and a Trump adviser told CBS’ John Dickerson on “Face the Nation” on Sunday, when asked to comment on the alt-right movement, whose members have shown support for Trump.

“Donald Trump is a mainstream conservative who wants to profoundly take on the left. The left is infuriated that anybody wants to challenge their moral superiority,” said Gingrich.

Last September, Donald Trump Jr. shared an image that portrayed his father and his running mate, Vice President-elect Mike Pence, alongside radio host Alex Jones and a cartoon icon associated with the white nationalist alt-right. Stephen Bannon, Trump’s campaign chief executive and former executive chairman of Breitbart News, once described the online website as “the platform of the alt-right.”

Trump’s candidacy and rhetoric have energized white supremacy groups – last August, Rocky Suhayda, a top Nazi leader, said a Trump victory is “going to be a real opportunity for people like white nationalists.”

Still, Gingrich dismissed notions about the president-elect’s ties to the alt-right. He said he never heard of the movement “until the nutcakes started writing about it,” referring to media outlets, including The Washington Post.

“What we are going to do is get the people that are criminal and have criminal records, gang members, drug dealers, where a lot of these people, probably two million, it could be even three million, we are getting them out of our country or we are going to incarcerate,” Trump said.

In a separate interview on CNN on Sunday, House Speaker Paul Ryan said something quite the opposite.