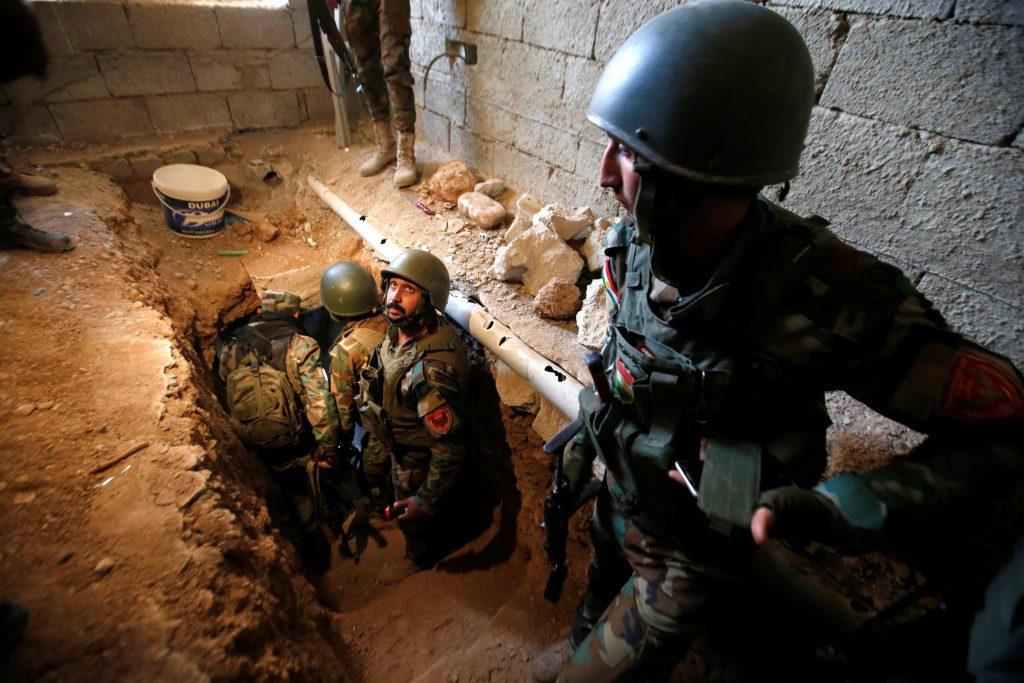 Iraqi soldiers have captured Nimrud, the site of an ancient Assyrian city overrun by Islamic State terrorists two years ago, a military statement said on Sunday.

“Troops from the Ninth Armored Division liberated Nimrud town completely and raised the Iraqi flag above its buildings,” the statement said.

The town of Nimrud lies less than 1 mile west of the ruins of the 3,000-year-old city.

The soldiers also captured the village of Numaniya, on the edge of the city which was once the capital of an Assyrian empire stretching from Egypt to parts of modern-day Iran and Turkey.

Nimrud lies on the eastern bank of the Tigris river, about 20 miles south of Mosul where Iraqi soldiers and special forces are battling Islamic State for control of the largest city under the jihadists’ control in Iraq and neighboring Syria.