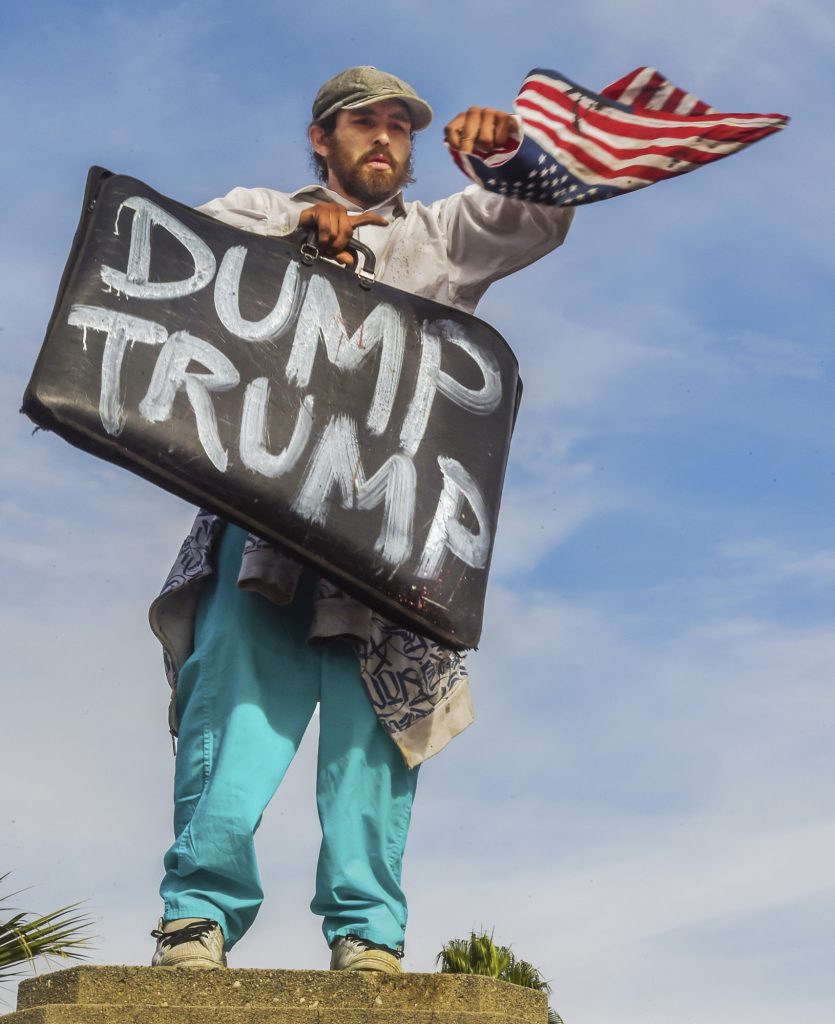 Immigrants and their advocates added their voices on Sunday to those who have been marching and protesting Donald Trump’s presidential win.

Organizers said the protest in Manhattan was about speaking out against Trump’s support of deportation and other measures. Demonstrators carried signs in English and Spanish saying things like “Hate won’t make us great,” and chanted, “We are here to stay.”

It was the latest in days of demonstrations across the country. Other protests were expected Sunday in San Francisco, St. Louis, Philadelphia, Denver and more. On Saturday, demonstrators gathered in big cities like New York and Los Angeles, as well as in smaller places like Worcester, Massachusetts, and Iowa City, Iowa.

In Los Angeles, an estimated 8,000 people marched Saturday to condemn what they saw as Trump’s inappropriate comments, hate speech about Muslims and pledge to deport people in the country illegally.

Protests also were held in Detroit, Minneapolis and other cities. More than 200 people, carrying signs, gathered on the steps of the Washington state Capitol. The group chanted “not my president” and “no Trump, no KKK, no fascist USA.”

Demonstrations also took place internationally. A group of Mexicans at a statue representing independence in Mexico City expressed their concerns about a possible wave of deportations. One school teacher said it would add to the “unrest” that’s already in Mexico. About 300 people protested Trump’s election as the next American president outside the U.S. Embassy near the landmark Brandenburg Gate in Berlin.

Mostly, the demonstrations were peaceful. However, in Portland, Oregon, a man was shot and wounded Saturday morning during a confrontation. Police arrested two teenagers in the shooting.

Protesters have gathered since Wednesday in Los Angeles. Police in the city arrested five people downtown during an anti-Trump protest that wound down early Sunday.

Four adults were cited for vandalism and a juvenile was arrested on suspicion of battery on an officer.