World FOCUS: Paris Was Attacked a Year Ago; What Has Changed
World 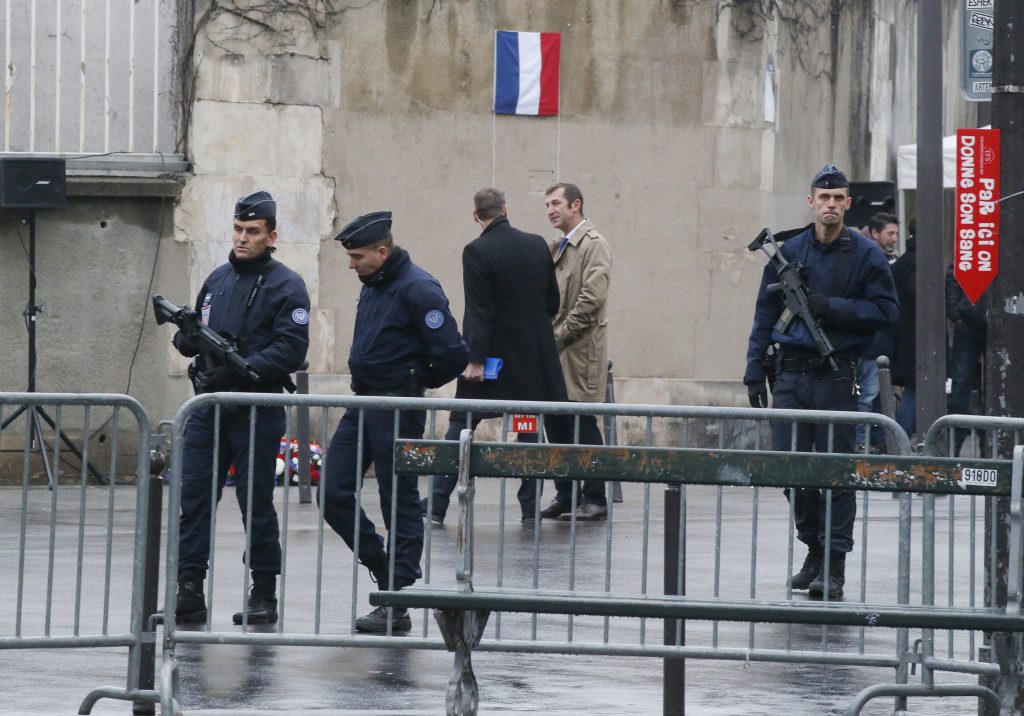 A year ago the Islamic State terror group brought its extremist war to Paris, seeding terror with a number of attacks. Here is a look at the deadly events on the night of Nov. 13, 2015, and their lasting consequences for the world.

WHAT HAPPENED: THE ATTACKERS, THE VICTIMS, THE CHAOS

It began with suicide bombings outside the Stade de France around 9:20 p.m., with President Francois Hollande in attendance. Three bombers killed one passerby. If the attackers had made it past stadium security, the toll would have been much worse.

Within minutes, the shooting began in eastern Paris, as the cafes of the 10th and 11th arrondissements were booming with Friday night revelers. Six cafes were targeted by a three-man commando unit— Le Carillon, Le Petit Cambodge, Cafe Bonne Biere, Casa Nostra, La Belle Equipe and the Comptoir Voltaire. More than 400 shots were fired over about 10 minutes, leaving 39 people dead.

Then came the Bataclan hall, where 90 others lost their lives. Three attackers stormed the hall, spraying concert-goers with gunfire and hunting down others who were desperately trying to hide during a nearly three-hour standoff.

Altogether 130 people were killed from 17 nations. Hundreds more were wounded and nine of them remain hospitalized today.

WHY FRANCE WAS TARGETED

The Islamic State terror group claimed responsibility for the attacks, citing France’s military operation against terrorists in Iraq and Syria alongside U.S. and other forces. France has long been a favored target of religious fundamentalists because of its strict secularism, including laws banning Muslim headscarves in schools and face veils in public. Many of the terrorists were French Muslims from communities frustrated by decades of failed integration efforts and entrenched discrimination.

HOW THE PARIS ATTACKS NETWORK CAME TOGETHER — AND STRUCK AGAIN

Seven terrorists were killed the night of the attacks, either by blowing themselves up or being shot by police. Two others were killed in a police raid five days later. One key player escaped — Salah Abdeslam — and was arrested four months later in Belgium.

But other members of the network survived, plotting new violence from family apartments in Belgium and IS bases in Syria or Iraq. Days after Abdeslam’s arrest, three terrorists set off bombs in the Brussels airport and a Brussels subway train, killing 32 people. Those terrorists also died and several suspects have been charged. The investigation continues.

FRANCE’S REACTION, CRACKING DOWN AT HOME AND ABROAD

Hollande quickly ordered new airstrikes on Islamic State targets in Syria, expanding France’s military campaign to show the country wouldn’t be cowed. Terrorists with links or allegiance to IS have hit France repeatedly since then, including a truck rampage on Bastille Day in Nice that killed 86 people. Today, French warplanes and forces are involved in the battle to oust IS from strongholds in the Iraqi city of Mosul and the Syrian city of Raqqa.

At home, the French government declared a state of emergency that has been repeatedly extended and remains in place to this day, allowing greater police use of house searches and house arrest. Human rights groups decry the French measures as an over-the-top crackdown that foments suspicion and infringes on personal liberties.

Many questions remain about the Paris attacks. Two terrorists’ identities remain unknown, but it’s believed they are Iraqis who entered Europe by hiding among the wave of Syrian refugees fleeing the war. There may be members of the original network still at large — authorities have never enumerated how many were involved. And the mastermind hasn’t been definitively identified. French and Belgian authorities suspect it may be Oussama Atar, a Belgian with a jihadi past whose current whereabouts are unclear.

Some survivors are frustrated that the investigation is dragging on. Others, however, just want to move on. Survivors and families of the victims will gather Sunday for anniversary commemorations at each of the attack sites.