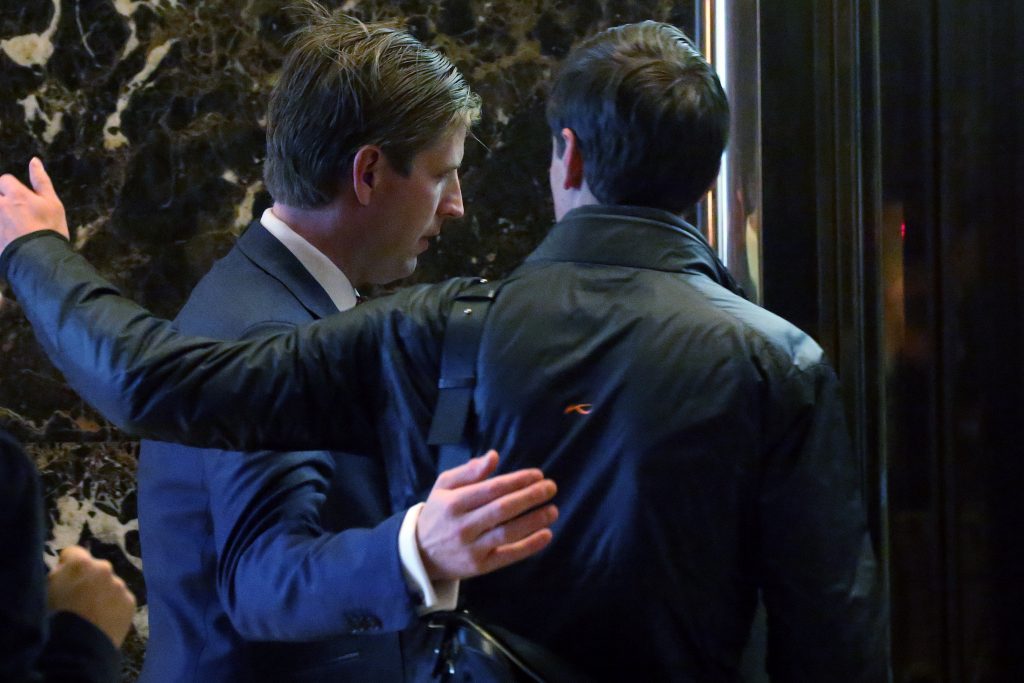 Pence replaces New Jersey Governor Chris Christie, Trump’s campaign said, who remains as a vice chair of the transition effort as he deals with the fallout from the “Bridgegate” lane closure scandal that has damaged his political standing.

The announcement came shortly after Trump aides convened at the real-estate mogul’s Trump Tower in New York City to begin weighing candidates for some of the 4,000 jobs he will have to fill shortly after he takes office on Jan. 20, 2017.

Trump relied on a small circle of loyalists and family members during an insurgent presidential bid that frequently took on Republican party insiders. Those people will continue to play a prominent role in the transition, according to the announcement.

Trump’s daughter Ivanka and sons Eric and Donald Jr., along with son-in-law Jared Kushner, were named as transition team members even though they will be overseeing his sprawling business empire. Trump’s company said the arrangement would not violate conflict-of-interest laws.

The overhaul marks a further disappointment for Christie, an early Trump endorser who was once viewed as a top candidate for attorney general. Former New York mayor Rudy Giuliani is now the leading contender for that job, according to two sources familiar with the discussions.

Giuliani said he was happy to advise Trump but declined to say whether he will serve in his administration.

“I can see already how he is going to be a great president and I’m glad I could play a small role in it,” he told reporters as he left Trump Tower.

Since Trump’s win in Tuesday’s election, dozens of possible appointees have been floated, from grassroots conservative heroes like Sarah Palin to seasoned Washington hands like David Malpass.

Republican National Committee chairman Reince Priebus is a strong candidate for White House chief of staff, according to sources close to the campaign. Trump campaign CEO Steve Bannon, a conservative provocateur, is also being considered for the job.

Trump has a relatively small pool of candidates to work with, as many Republicans condemned his racially inflammatory rhetoric over the course of the campaign, and some of his positions, such as his attacks on free trade, run against party orthodoxy.

Trump’s campaign spent relatively little time on transition planning during the campaign, and even his Republican supporters had been bracing for a loss.

“I was on Romney’s transition team, and it was a well-oiled machine months before the election. Now there’s a scramble,” said one Republican source, referring to the party’s 2012 presidential nominee, Mitt Romney.

With a Republican-controlled House and Senate, Trump has the ability to follow through on his campaign promises to cut taxes, tighten immigration, scale back climate change rules and repeal Obamacare.

An Obama administration rule requiring retirement advisers to act in their clients’ interests could also be on the chopping block.

But House of Representatives Speaker Paul Ryan and other congressional Republicans may balk at his protectionist trade policies and expensive transportation spending plan.

Those three, along with Giuliani and retired neurosurgeon Ben Carson, were named as vice chairs of the transition team on Friday.

Trump appears to be leaning toward seasoned Republicans for many economic and financial policies. David Malpass, a former Treasury and State Department official, and Paul Atkins, a former Securities and Exchange Commission official, are guiding the transition team on economic issues.

“This is one area where the most Republican orthodoxy will come out,” said Brandon Barford, a former Republican congressional staffer.

Some advisers, like former Nucor Corp. chief executive Dan DiMicco and economist Peter Navarro, have echoed Trump’s fierce criticism of China trade policy. But another adviser, former CIA director James Woolsey, wrote in Hong Kong’s South China Morning Post newspaper on Friday that the Trump administration would accept China’s rise as long as it did not challenge the regional balance of power.