World Four Killed, 17 Wounded in Suicide Blast at U.S. Base in Afghanistan
World 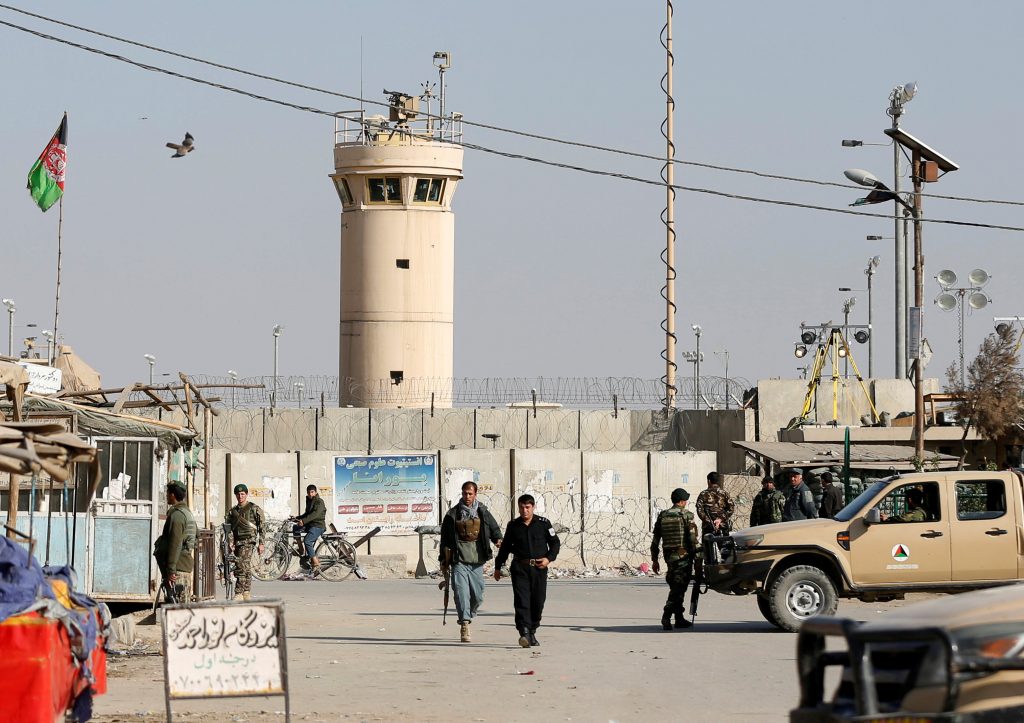 In an unprecedented attack, a suicide bomber killed four Americans and wounded 17 other people Saturday morning inside Bagram air base in northern Afghanistan.

Two U.S. service members and two American civilian contractors died in the attack, the Pentagon said. Of the 17 wounded, 16 were Americans; one was a Polish service member.

NBC News reported that the blast took place during a “fun run” on the base. Large military installations, even in combat zones, often have events such as marathons around their facilities.

The Taliban took responsibility for the blast and described it as a suicide bombing that had been planned for four months, the Associated Press reported.

Waheed Sediqqi, spokesman for the Parwan provincial governor, told Reuters that the bomber was standing in a line with Afghan laborers when he detonated a suicide vest.

While rocket attacks on large bases in Iraq and Afghanistan are commonplace, a suicide bomber making it inside one is almost unheard of. In 2009, a suicide bomber detonated within the confines of Camp Chapman in Khost, Afghanistan, killing seven CIA officers and contractors. That bomber, however, was waved through security because he was believed to be a prized informer for the agency but was in fact a double agent working for al-Qaida.

Since Bagram was opened for U.S. troops and aircraft in late 2001, there has never been a suicide bombing within the base, and it is unclear how the attacker or the explosive device could have entered the facility.

Entry control points to major bases in Afghanistan, such as Bagram, are usually monitored and controlled by U.S. or NATO personnel. Security measures include full body X-rays and retinal scans for locals coming on the base.

While this is the first bombing inside the facility, in December 2015, a suicide bomber on a motorcycle killed six U.S. service members while they were on patrol outside the base, and in 2007, a bomber hit one of the entry points to the airfield, killing 20 Afghans, a South Korean service member, a U.S. soldier and a civilian contractor.

“I want to express my sincere condolences to the families of the fallen, and I want to reassure the loved ones of those injured that they are getting the best possible care,” Defense Secretary Ashton B. Carter said in a statement. “Force protection is always a top priority for us in Afghanistan, and we will investigate this tragedy to determine any steps we can take to improve it.”

Located north of Kabul, the sprawling Bagram air base houses thousands of U.S. and coalition and civilian personnel. As one of the main military hubs in Afghanistan, Bagram is the largest U.S. base in the country

The attack comes a day after Taliban militants stormed the German consulate in the northern city of Mazar-e Sharif, killing at least six.