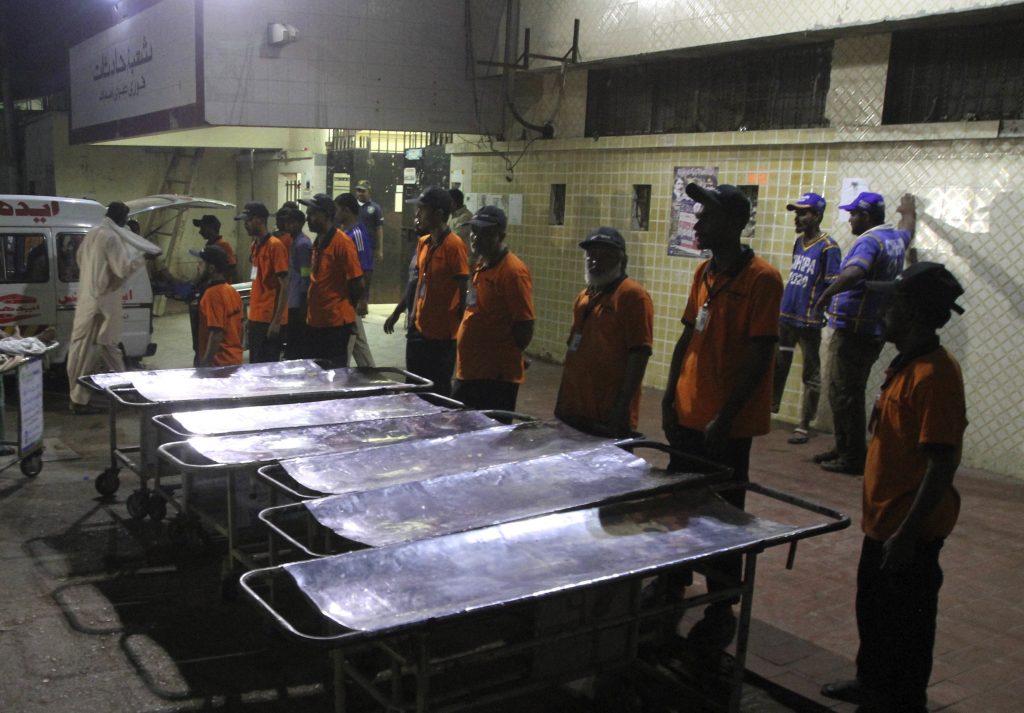 An explosion claimed by the Islamic State terror group ripped through a Muslim shrine in southwestern Pakistan on Saturday, killing at least 43 people and wounding scores, officials said.

Provincial Home Minister Sarfaraz Bugti said 43 people were killed and more than 100 were wounded. It was not clear if the attack was carried out by a suicide bomber or a planted device, according to Bugti.

The province has seen some of the worst terror attacks this year in Pakistan.

Islamic State said in a statement via its Amaq news agency that its terrorists had carried out Saturday’s bombing.

The jihadist group also claimed responsibility for the last major attack in the province, at a police academy last month, that killed around 60 people.