Israel State Dep’t: Obama Not Through With Israel Yet
Israel 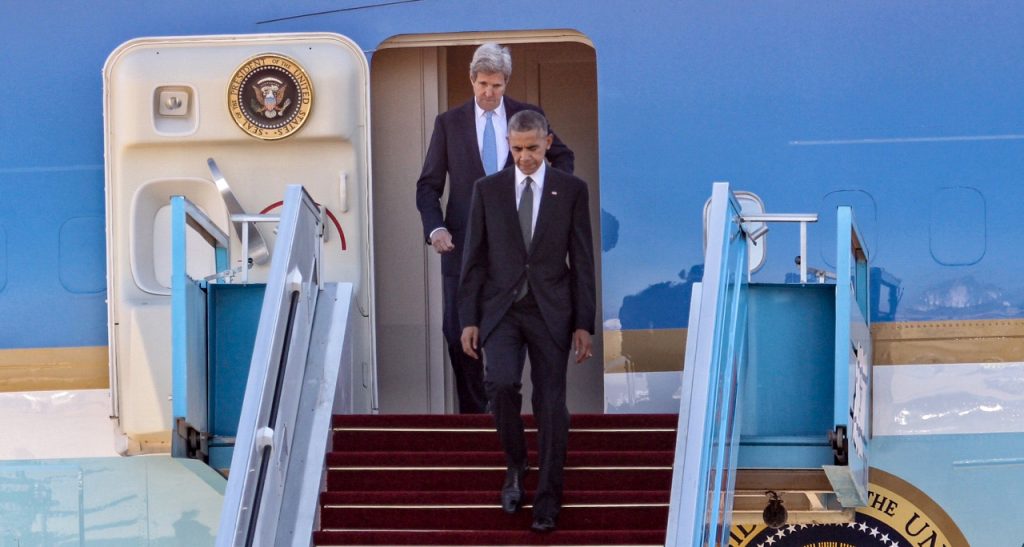 Donald Trump may be President-elect, but Barack H. Obama will still occupy the White House for the next several months – and he is by no means finished with his efforts to persuade Israelis and Palestinians to make a deal. At a State Department briefing Thursday, State Department spokesperson Mark Toner said that “the President, but certainly Secretary Kerry and before him, Secretary Clinton, have worked long and hard to bring the two sides together, the two parties together into direct negotiations. … it’s going to remain this Administration’s pursuit until the very final moments.”

Toner did not specify any new diplomatic initiatives that might be undertaken, but he did say that Secretary of State John Kerry “remains very engaged on it. He speaks frequently with leaders in the region, but also with Prime Minister Netanyahu about new approaches or new ideas and ways to revitalize those efforts. Again, I don’t have any groundbreaking announcements to make, but I can’t rule out that there may be a new initiative before the end of this administration.”

Since Trump’s stunning election upset victory Tuesday, rightwing political leaders have been celebrating the perceived freedom Israel will now have to build in Yehudah and Shomron. Statements by several of his top advisers have lent credence to these views. In an interview Wednesday, David Friedman, an attorney who has worked with President-elect Donald Trump for decades and during the campaign advised him on Israel and Jewish affairs, told Army Radio that “Israel will have an extraordinarily good friend in the White House, one who will treat Israel with love and respect, and one who appreciates the miracle of Israel. It will be a very welcome change from the past eight years.” Friedman is likely to be named American ambassador to Israel, according to media reports.

Picking up on that and similar statements, officials such as Education Minister Naftali Bennett (Jewish Home) said that Trump’s victory “is a marvelous opportunity for Israel to immediately pull back from the idea of establishing a Palestinian state in the heartland of the Jewish people, a major danger to Israeli security and to the truth of our path. Such directness is the credo of the elected president, and it should also be our credo. This is the end of the era of the concept of a Palestinian state.”

Asked about this statement, Toner said that “no administration – previous administrations worked harder than this one to try to get to that two-state solution. We have not gotten there.” But Obama will continue to try, and he has not given up, Toner said.

As far as moving the American embassy from Tel Aviv to Yerushalayim is concerned, Toner said that, although U.S. law since 1995 states that in fact the embassy should be moved, that move has been delayed every year since by executive order – and the transition team would recommend that this not take place. “It is correct that administrations since 1995 have consistently exercised a waiver, because it’s been determined that it is in our national security interests to do so. As we consult with the incoming administration, we’ll certainly make sure they understand, which is all we can do, our rationale behind exercising that waiver,” he said.