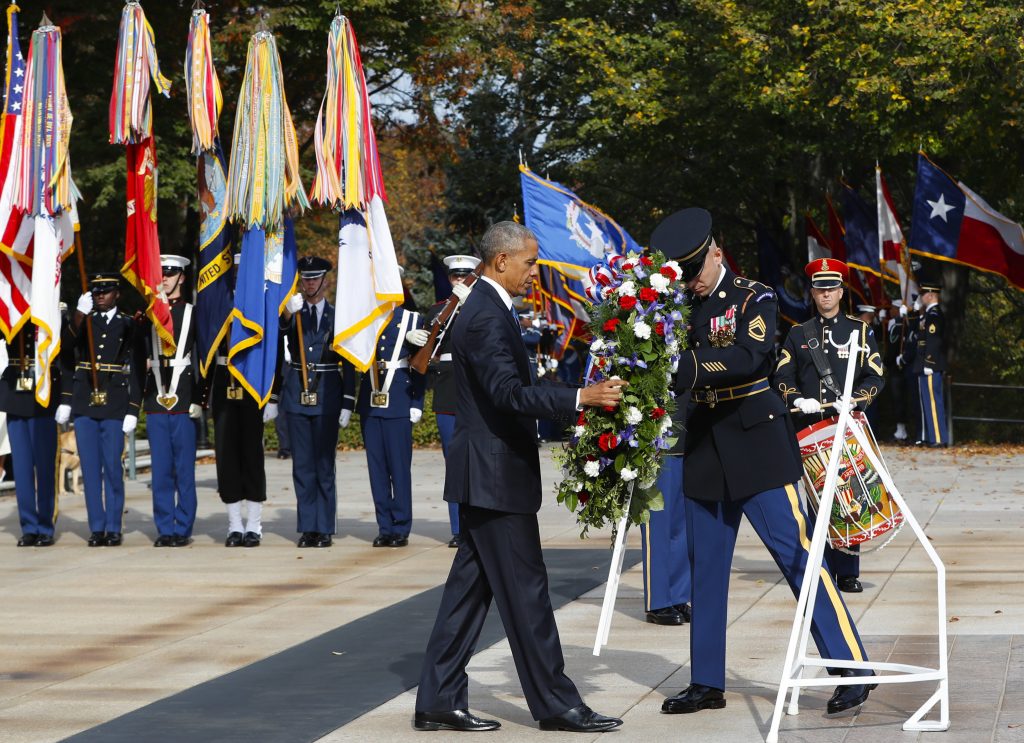 President Barack Obama is paying tribute to the nation’s veterans in a solemn Veteran’s Day ceremony at Arlington National Cemetery.

On a crisp fall morning, the president laid a wreath at the Tomb of the Unknowns on Friday and bowed his head in silent tribute before a bugler played taps.

He also planned to make remarks at an annual observance honoring those who have served in the military.

Earlier in the day, the president held a breakfast reception with veterans and their families in the State Dining Room.