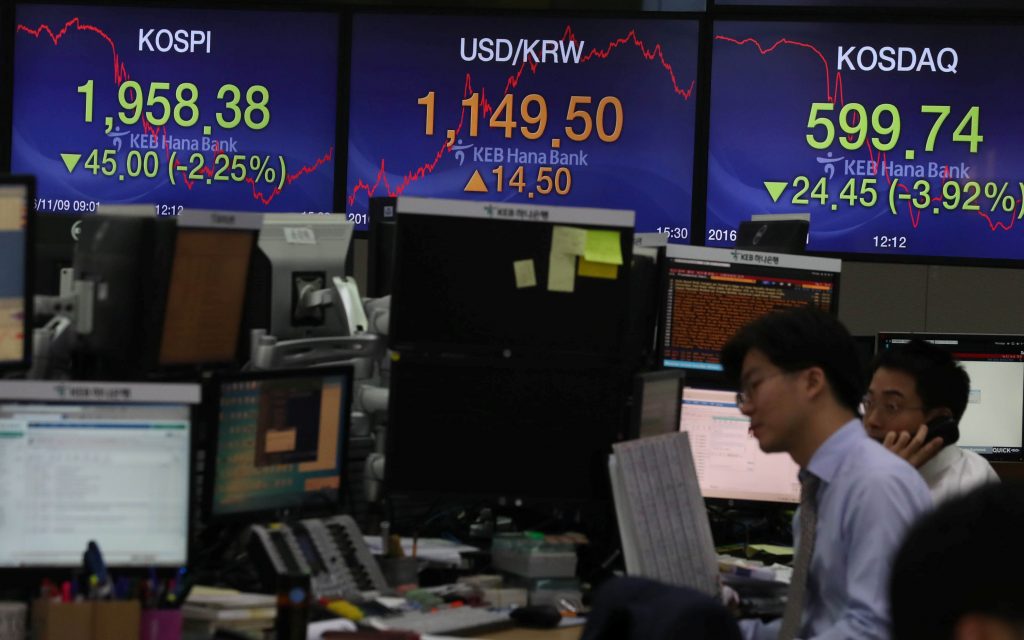 Asian shares were mixed on Friday and the dollar recovered, but expectations grew that President-elect Donald Trump’s trade policies might fuel inflation, even as some of the initial jitters have subsided.

Investors are hopeful about some of the possible policy changes under the Trump administration, taking over in January, including tax cuts, infrastructure spending and deregulation. An improved American economy is a certain boon to export-driven Asia.

But some analysts urged caution on such optimism, while noting that U.S. markets’ being closed later in the day for Veterans Day may help ease some of the market swings. “Trump has not announced anything new so far, apart from reaffirming his priority to repeal and replace ‘Obamacare’ on top of implementing tax reforms,” said Chang Wei Liang, Singapore Treasury Division at Mizuho Bank, referring to President Obama’s healthcare program.

Investors have been pulling out of bonds in anticipation that Trump’s policies could spur inflation and lead to higher interest rates, both of which are bad for bonds. The sell-off in bonds continued Thursday, sending bond prices lower and kicking the yield on the 10-year Treasury note up to 2.15 percent, the highest it’s been since January, from 2.06 percent late Wednesday. That yield is a benchmark used to set interest rates on many kinds of loans including home mortgages. Higher yields on bonds would help draw investors from equity markets, pulling prices lower.