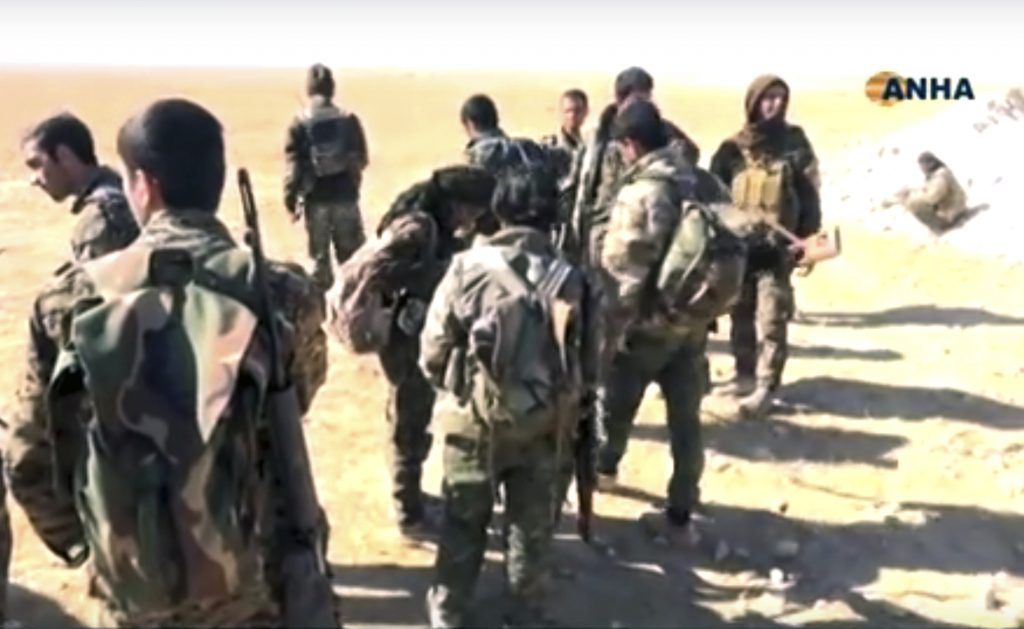 President-elect Donald Trump’s positions on Middle East issues, if carried out, could bring yet more volatility to the world’s most combustible region.

Besides vowing to rip up the international nuclear deal with Iran, Trump says he will ramp up the war on Islamic State terrorists; he could make the Palestinians more desperate by siding with Israel’s government. He also seems set to end the Obama administration’s cold shoulder toward authoritarians like Egypt’s Abdel-Fattah el-Sissi.

Trump has most often been vague and sometimes outright contradictory about plans in the Mideast. And his stances could change. His call for a ban on Muslims entering the U.S. worried many in the region, but he has since watered down that stance, and many opinion-makers in the Gulf at least call it simply campaign rhetoric.

Overall, Trump has shown a focus on fighting Islamic terrorists and favoring strongmen who do so. He’s shown less concern with human rights or the complicated minutiae of the Mideast’s many factions and interests. That is a simpler, black-and-white stance in the eyes of some, but it can also bring a backlash.

Trump pledged repeatedly to intensify the war against the Islamic State terror group in Iraq and Syria, saying crushing the group is his main priority.

What is less clear is how — and what impact it would have on the conflicts in both countries and the complex alliances that the Obama administration has tried to balance. Trump has given little policy or vision on the wars beyond the vows to defeat IS.

In Syria, the rebels may be the biggest losers.

In contrast to the Obama administration’s support for the opposition — equivocal as it may have been — Trump said the rebels may be “worse” than President Bashar Assad and that defeating the Islamic State group is more important than removing the Syrian leader. That suggests he could drop any backing for the opposition. Moreover, he says he wants more and better cooperation against IS with Russia, Assad’s main ally.

Trump says he will step up airstrikes, vowing to heavily bomb out the terrorists.

He has criticized the slow pace of the fight and at one point called for up to 30,000 U.S. troops to be deployed in Iraq — six times the current level. He later seemed to back down, saying “few troops” would be needed.

More intensified bombing, however, risks a backlash if it brings more civilian casualties. Iraqi Prime Minister Haider al-Abadi has already come under fire from political rivals over the presence of a few thousand U.S. troops in Iraq.

IS may already be broken in Iraq and cornered in Syria before Trump takes office in January. Over the past year, the Obama administration’s campaign of airstrikes, along with training on the ground, has succeeded in helping Iraqi and Kurdish forces take back most territory IS captured in 2014. They are currently assaulting the group’s last main Iraqi stronghold, Mosul.

In Syria, if Trump allies with Russia against IS, it could also bring a major shift away from U.S. support of the rebels.

The Obama administration’s attempts to work closer with Russia fell apart because of Moscow’s bombardment of rebels; Trump appears likely to drop any U.S. complaints over the Russian campaign.

Like Obama, Trump views the Syria war mainly through the lens of fighting IS. But the conflicts are intertwined. Turning away from the opposition could anger Turkey, Saudi Arabia and Qatar, which have vowed to oust Assad and back the rebels — and are potential spoilers in any conflict.

Trump will also face the same struggle Obama has: Balancing between Turkey and its bitter rival, the Syrian Kurds, who have been the main U.S.-backed ground force fighting IS. Turkish and Kurdish forces battled earlier this year in northern Syria — a flare-up that was put down by U.S. mediation.

ISRAEL AND THE PALESTINIANS

Trump appears much more sympathetic to Israeli Prime Minister Binyamin Netanyahu than to the Palestinians. That bodes poorly for the Palestinian dream of gaining an independent state, and has led to some warnings that they might grow so desperate as to turn to a full-fledged violent uprising.

While Netanyahu spent the past eight years clashing with Obama over Israeli construction in Yehudah and Shomron and the deadlock in peace efforts, Trump has expressed great affinity for Netanyahu and called Obama a “disaster” for Israel.

He has vowed not to impose any solutions on Israel and promised to move the U.S. Embassy to Yerushalayim, a step that would undercut the Palestinian claims to the eastern part of the city. His opposition to the nuclear deal with Iran and promises to veto anti-Israel resolutions at the U.N. also resonate in Yerushalayim.

In addition, he has surrounded himself with advisers close to Israel’s right-wing government. Among them are Newt Gingrich; former New York City Mayor Rudy Giuliani; former U.S. Ambassador to the U.N. John Bolton; and conservative billionaire Sheldon Adelson, a close friend of Netanyahu’s.

Gingrich has called the Palestinians an “invented” people. Giuliani recently recommended that Trump abandon the U.S. goal of establishing a Palestinian state as part of a peace accord. The Republican platform makes no mention of Palestinian statehood, an idea even Netanyahu has endorsed.

Still, the unpredictable Trump also raised some concerns in Israel during the campaign by suggesting he would stay “neutral” on the conflict and that Israel should repay the billions of dollars of military aid it receives from the U.S.

The Palestinians are taking a wait-and-see attitude.

Officials had been hoping that if Clinton had won, Obama would have used his final months in office to deliver a policy statement or promote a U.N. resolution setting the stage for his successor to press ahead with peace efforts. With Trump’s victory, the chances seem remote.

Palestinian Foreign Minister Riad al-Maliki said the Palestinians “still don’t know the policies of President-elect Trump” but hoped “he will push to realize the two-state solution.”

Trump and Egypt’s el-Sisi have already shown a bond. Trump said there was “good chemistry” when they met on the sidelines of the U.N. General Assembly in September. El-Sisi said Trump “without a doubt” would make a strong leader.

It’s clear where the common ground is. El-Sisi has painted himself as a leader in the fight against Islamic militancy, a stance that echoes Trump’s priorities. The result could be closer ties after the chill between el-Sisi and Obama.

As commander of the military, el-Sisi led the 2013 ouster of Egypt’s first freely elected president, Islamist Mohammed Morsi, amid widespread protests against him and his Muslim Brotherhood. The Obama administration voiced some criticism of the ouster and briefly suspended some aid. It has kept its distance ever since, especially as el-Sisi’s government has cracked down heavily on its opponents.

Trump is less likely to take Egypt to task over human rights. Instead, he could throw el-Sisi political support as the Egyptian leader battles IS-linked terrorists in Sinai and Libya.

Egypt’s pro-government media have often railed against Obama, accusing the U.S. of supporting the Brotherhood and activist groups. They now were cheering Trump’s victory.

“There will be a big shift in the Egyptian-American relations under this man’s era. You will see,” said one pro-el-Sisi media host, Ahmed Moussa.