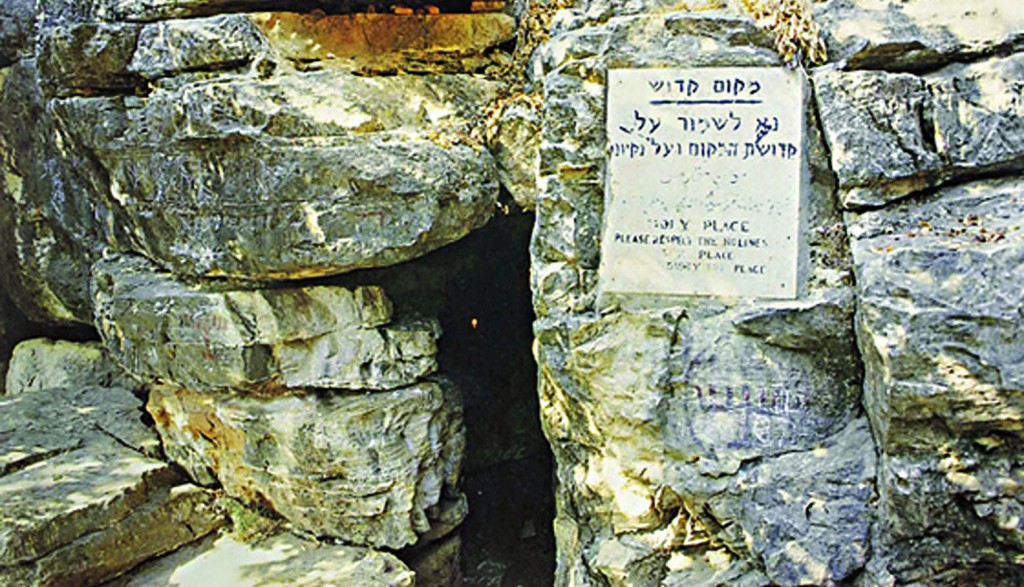 Peki’in in the northern Galilee is famous for its unbroken chain of Jewish residency for thousands of years, but currently only two Jews live there, after a pogrom in 2007 caused the seven remaining Jewish families to flee the largely Druze village. Now, the Regavim organization says, the last vestige of Jewish history in the village – the ancient cemetery – is in danger of being destroyed. Aerial images and witness reports on the ground say that a large portion of the cemetery is being prepared for construction.

“Over the past month we have received reports of activity in the cemetery,” the group said. “The cemetery is very close to residences in the village, and this could be the beginning of a major construction project. We have seen this before, for example, where land was being prepared ostensibly for agricultural use, but in the end was used for building.”

The cemetery belonged to the Zinati family for generations, and is today registered in the Israel Lands Registry (Tabu) as a Jewish cemetery. With that, a part of the cemetery has been taken over by the Druze community, used for the burial of Druze soldiers who have fallen in battle.

Peki’in, an ancient village which predates the Mishnah, is famous as the one place in Eretz Yisrael to have had an unbroken Jewish chain of residency since Churban Bayis Sheni. The only two Jews still living there are 84-year-old Margalit Zinati and a relative, the last holdouts of a family that has lived there for countless generations. Until 2007, seven Jewish families lived in the village, but all of them fled after Arabs and Druze rioted, ostensibly over the construction of a cell phone tower. The rioters burned police cars and vans, kidnapped a policewoman, and attacked the homes of Jewish residents.

The state viewed the 2007 riots as a local disturbance and not as an organized attack on the Jewish community, and charges against most of the rioters were dropped. Regavim several years ago petitioned the High Court on the matter, and as a result police have reopened their investigation into the riots.