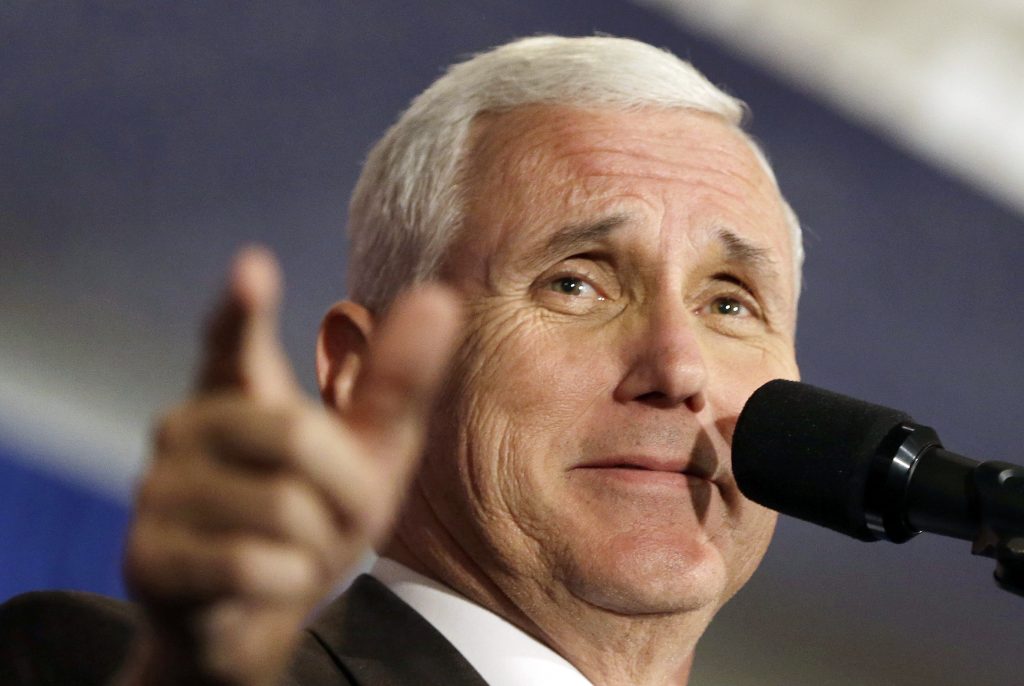 The Indiana Republican Party planned a public rally for Thursday to welcome Gov. Mike Pence back to the state for the first time as vice president-elect.

The rally will take place 5:30 p.m. Thursday at Indianapolis International Airport’s Building 7 in an area of private aviation operations, according to organizers. Pence will be traveling to Indiana after spending part of Thursday in Washington, D.C., where he is to meet with Vice President Joe Biden and congressional leaders.

Pence has only held a handful of Indiana events since being picked as Trump’s running mate in July and started making dozens of campaign stops for Trump across the country. Pence and his wife, Karen, voted Tuesday at a church near the governor’s residence in Indianapolis then headed to New York City to be with Trump.

Indiana Lt. Gov. Eric Holcomb, who was elected Indiana’s next governor, left open the possibility Wednesday of an early gubernatorial transition when asked whether Pence might step down. But Pence’s spokeswoman, Kara Brooks, said Thursday that Pence will finish his term as governor, which ends Jan 9. That is 11 days before he and Trump begin their new jobs.

Holcomb said he thinks Pence helped broaden Trump’s appeal and that Pence was always optimistic of a Trump victory.

“He had his finger on the pulse from the outset that there was a statement a’comin and it arrived (Tuesday) night all across the nation,” Holcomb said.