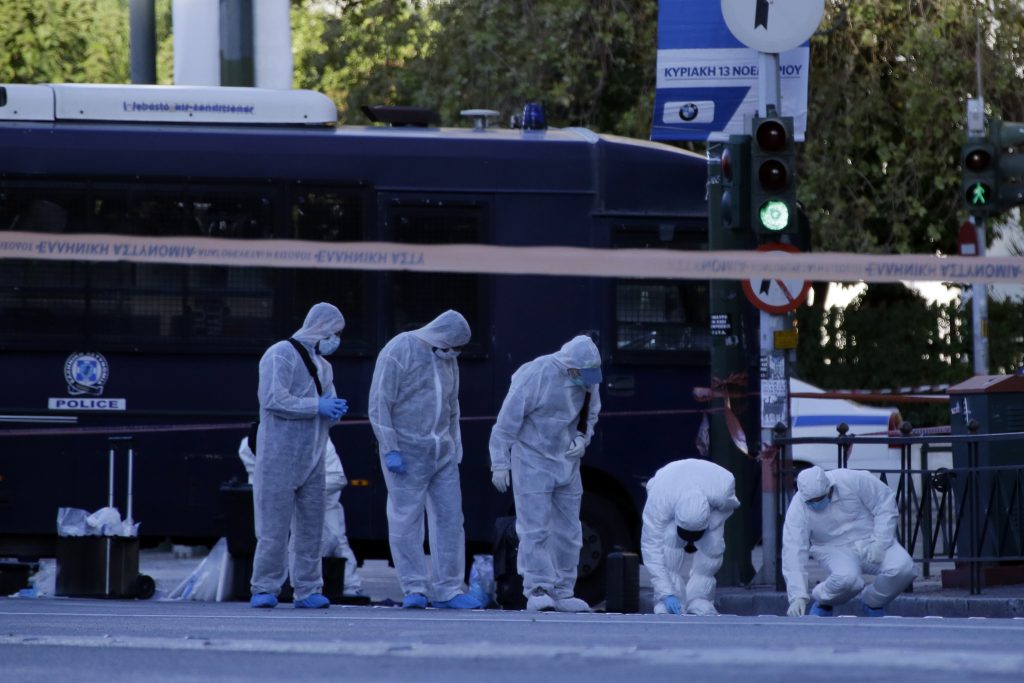 A hand grenade attack outside the French embassy in central Athens lightly wounded a policeman early Thursday, police said, days before U.S. President Barack Obama is due to visit the Greek capital.

Police shut down the area to vehicles and pedestrians, while anti-terrorism forensics experts combed the scene for evidence.

Police said the attack was apparently carried out by two people on a motorbike, and a bike matching the description was later found in a central Athens neighborhood popular with anarchists and was being examined to determine whether it was the one that had been used in the attack.

Authorities said it appeared the policeman had only been lightly wounded because he had been inside an armored guard post outside the embassy entrance.

The attack came days before Obama is to arrive in Athens next week for an expected overnight visit. Left-wing organizations have announced they will hold protests during the visit.

Greece has a history of domestic terrorists who periodically carry out bomb or shooting attacks against authorities, diplomatic locations or businesses. There was no immediate claim of responsibility for Thursday’s attack, and it was unclear why the French embassy was targeted.