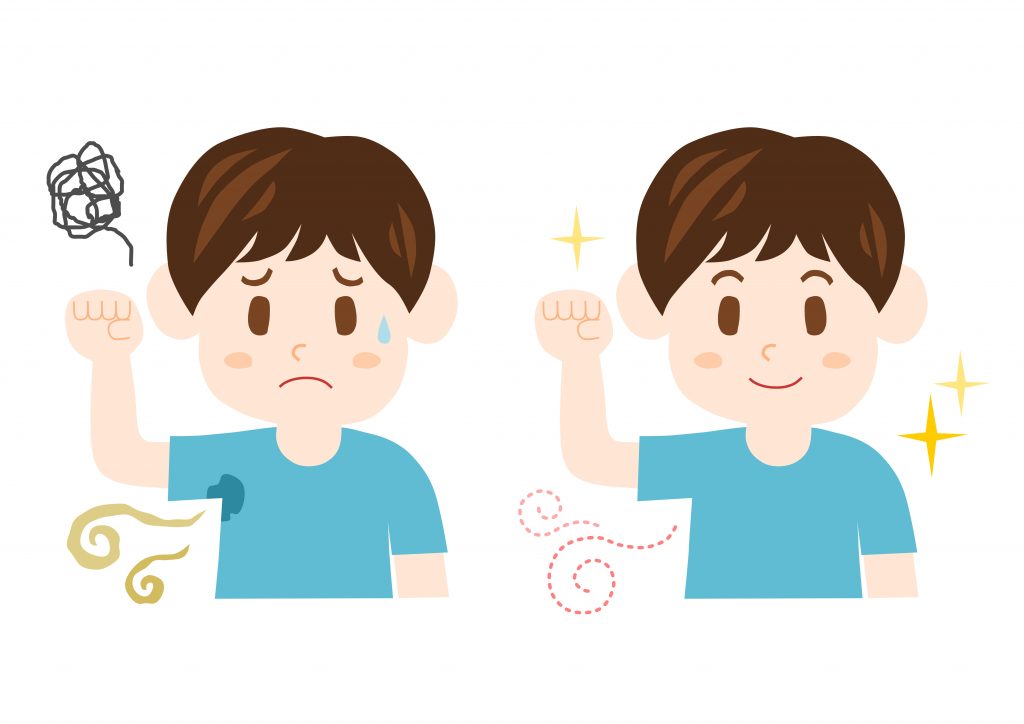 Q: I switched to a more natural deodorant, and I think I smell just fine. But my roommate says the whole apartment now smells. Could I really be stinking up the place that badly without noticing it? Why don’t we notice our own smell?

A: Here’s what science has to say:

Sorry you’re (allegedly) smell. You might not realize it, but there are probably lots of smells you’re used to — including the smells of your own body and its byproducts.

There are two big components to this phenomenon, and one happens very quickly: We experience smell when molecules bombard receptors in our noses, and if they’re overrun with the same smell for a few moments they’ll tire out. It’s like a refractory period for your nose. That’s why you might think that your roommate’s garlicky meal smells super pungent when you first walk in the front door, but stop noticing it a few minutes later.

“The olfactory system is one of the world’s best difference detectors, and that’s how it was designed,” said Pamela Dalton, a psychologist at the Monell Chemical Senses Center. Your nose helps you quickly detect things that are new and strange, but it has no use for the boring and typical. That’s where more long-term loss of sensitivity comes in: Over time, even if the receptors in your nose pick up on a smell, your brain might start filtering it out as useless information.

Dalton has done studies in which subjects place air fresheners in their bedrooms for a few weeks at a time. Unsurprisingly, after a few days the study participants reported that they no longer noticed the smell when they walked in, and they were less sensitive to the scent when they were exposed to it during visits to Dalton’s lab.

“What seems to happen in long-term adaptation is that the receptors that would normally respond to these smells almost turn off after being bombarded for a few weeks,” Dalton said. “You don’t see that in vision or hearing. You can be adapted to a sound or sight, but generally the systems recover pretty quickly. The fact that it takes two or three weeks to regain sensitivity is very unique.”

Scientists aren’t sure why our noses act differently than our eyes and ears, but it may be that sensors that have “turned off” to familiar smells have to die and be replaced before the scent can be smelled anew. That happens every few weeks, and without that regeneration cycle we likely wouldn’t be able to smell much of anything.

“We’re bombarded constantly by all sorts of smells,” Dalton said. “If the receptors didn’t regenerate, we’d all be anosmic [unable to smell] by the time we were 1 year old.”

So unless some sudden event makes you profoundly more pungent than usual or you stick your nose right into a sweat stain, you’re probably not going to smell yourself. Even if you change your personal hygiene routine in a way that makes the folks around you shudder, you’re likely to get used to the new smells of your body pretty quickly. Even if you catch a sudden whiff, Dalton cautioned, you must remember that the smell is even stronger to strangers.

Since you can’t get away from your own body, there’s no way for your nose to regain sensitivity.

“Unfortunately, you really just have to rely on the opinion of a close friend or spouse,” Dalton said.