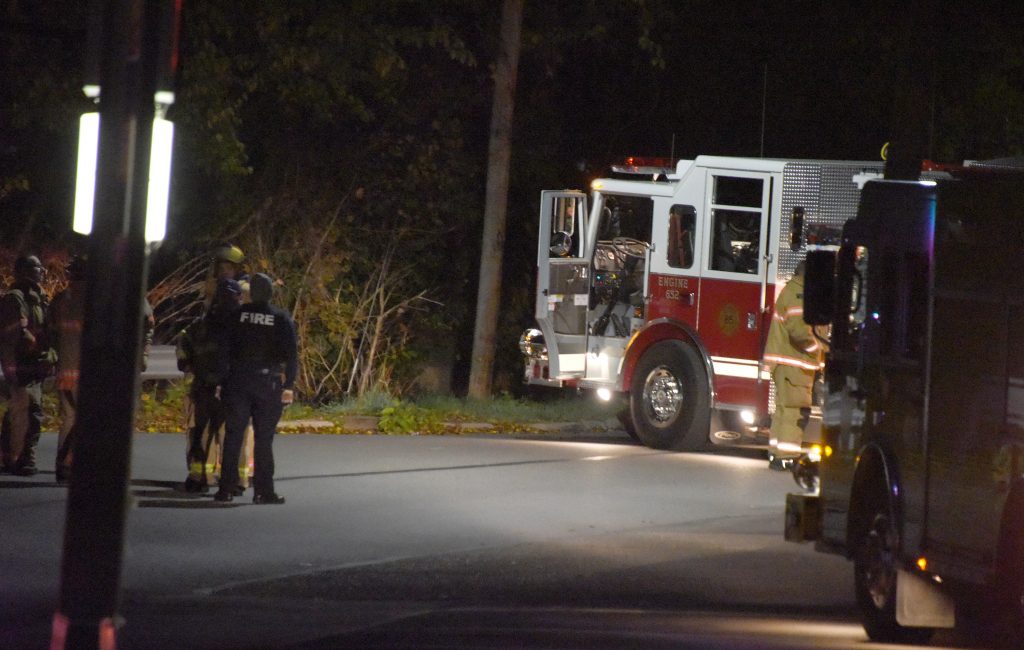 One of two western Pennsylvania police officers “ambushed” and shot while responding to a domestic situation has died, and police are searching for a suspect, authorities said Thursday.

State Police trooper Melinda Bondarenka told reporters the incident began at 3:14 a.m. when the Canonsburg officers responded to a report of a domestic dispute.

The officers were “ambushed upon their arrival” and immediately shot, Bondarenka said.

The surviving officer was flown to a hospital in Pittsburgh, Warco said. His name and condition weren’t immediately released.

Police and SWAT teams have been seen near at least two homes in the borough about 20 miles southwest of Pittsburgh. It’s not clear whether the suspect was in either of those homes.

Police haven’t said yet whether they know who the suspect is, or whether he’s been charged.