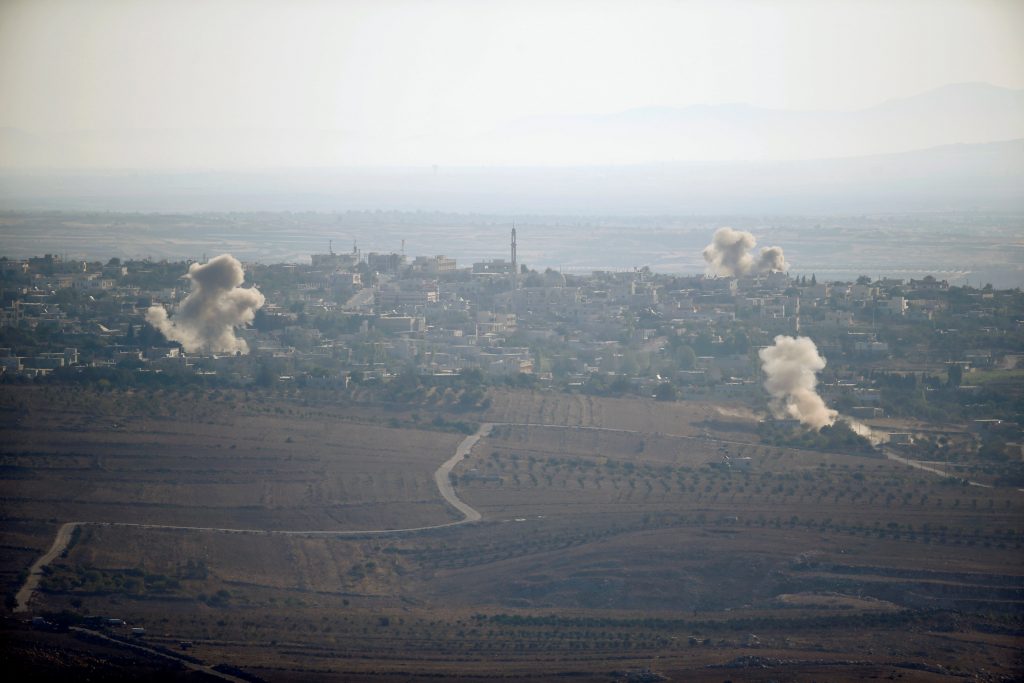 A rocket from Syria exploded on the Golan Heights Wednesday morning. The explosion occurred near the border, and was likely a misfire by one of the forces fighting on the other side of the border in the Syrian civil war, security officials said. No injuries or damage was reported.

An Arab terrorist attempted to stab IDF soldiers at the Hawara checkpoint near Shechem on Wednesday morning. Troops responded as soon as they noticed the terrorist pulling out a knife, and neutralized him, leaving him with moderate to serious injuries. There were no injuries to soldiers, the IDF said.

On Tuesday night, terrorists threw firebombs at Israelis who were davening at Kever Rochel. One woman was treated for shock as a result of the explosion, and one vehicle was damaged. Soldiers searched for the perpetrators. Meanwhile, over 3,000 people davened at Mearas Hamachpelah on Tuesday night. IDF troops were on duty throughout the event. No security incidents were reported.

Overnight Tuesday, security officials said they arrested 14 wanted security suspects in other areas in Yehudah and Shomron. The suspects were wanted for participating in rioting and throwing stones and firebombs that endangered Israeli civilians and IDF soldiers. Several of the suspects were also charged with belonging to Hamas. All were being questioned on their activities by security forces.