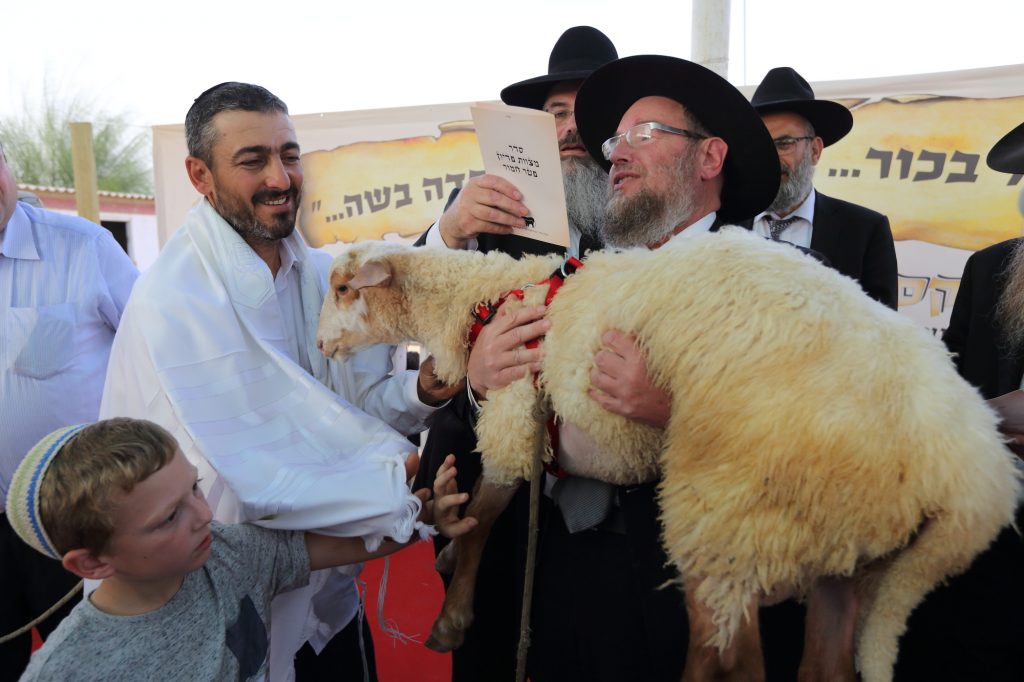 Aside for being called first to the Torah and not being able to enter a funeral chapel, a Kohen out of Eretz Yisrael can go for months without realizing that he was born into a special tribe, with special privileges and special responsibilities.

This, of course, was not always the case. There was a time, when we had the Beis Hamikdash, that a Kohen traveled for two weeks a year, besides the Shalosh Regalim. He would to go to Yerushalayim to perform the service in the Beis Hamikdash. During the rest of the year, he served as a spiritual leader for the community and was supported by matnos kehunah — Terumah — which represented approximately 2% of the produce of the land. This Terumah could only be eaten by Kohanim and their families. It had to be eaten b’taharah. There were also certain parts of every slaughtered animal as well as the bikurim and the firstborn animals — in total 24 types of gifts that the community was to give to the Kohanim. The Kohanim were not given a portion in Eretz Yisrael, but used their time and their entire lives to service the community in a spiritual manner.

Today, except for the five silver dollars that a Kohen gets at a pidyon haben, we are not used to receiving matnos kehunah. A recent opportunity gave me the incentive to reflect upon what it means to be a Kohen. I had become close to a special farmer, Doron Tygg and his wife Ilana, through my involvement in the Keren Hashviis. They had kept Shmittah k’hilchaso with great mesirus nefesh, and a close relationship had developed between our families. I was honored to have received a call informing me that their donkey had given birth to a firstborn, and they wanted me to be the Kohen at the pidyon peter chamor.

Since it is not a common occurrence (and I venture to think that most people have never been to one — including myself until now), let me explain. One of the 24 matnos kehunah is the redemption of a first-born donkey. The Torah says that it should be exchanged for a “seh” — a sheep or a goat that is then given to a Kohen. Standing and holding my sheep, I reflected on what it meant to be born a Kohen. I remembered a story.

In a yeshivah in Ramat Beit Shemesh, a rebbi rewarded two bar mitzvah boys with the opportunity to go to Rav Elyashiv, zt”l, for a brachah in honor of their becoming bar mitzvah. He picked them up at 5 a.m. to go for davening at Rav Elyashiv’s minyan in Yerushalayim.

The boys were dressed in their Shabbos best as they traveled to daven with and receive a brachah from the Gadol Hador. They arrived early, found a place to daven, and began to don their newly acquired tefillin. As they davened, they carefully observed the nearly one hundred-year-old tzaddik as he put on his tefillin and said each word carefully.

One of the bar mitzvah boys was a Kohen and the other was a Levi. During chazaras hashatz, the two boys found the sink and the Levi washed the hands of the Kohen in preparation for Birchas Kohanim. As the Kohen walked up to the aron kodesh, he looked around and realized that he was the only Kohen. He held his breath as the Gadol Hador moved from his seat to stand directly in front of this bar mitzvah boy to receive his brachah.

It was an odd sight. This young bar mitzvah boy had come to receive a brachah from a nonagenarian tzaddik who had spent his whole life learning Torah and perfecting his middos to the point that the entire world was sending him the most difficult she’eilos. And now this young thirteen-year-old was put in a position where he was being asked to be the giver of the brachah. What sense did that make?

Don’t be jealous, though. There is a famous Rambam at the end of Zeraim. He says that not only can those who are of Shevet Levi play the roles of Hashem’s representatives, but any individual who decides to dedicate his life to the service of Hakadosh Baruch Hu can become Hashem’s agent in this world. As a Kohen, I would tell you that it’s the greatest thing that you can do with your life. Jump in, the water is fine.