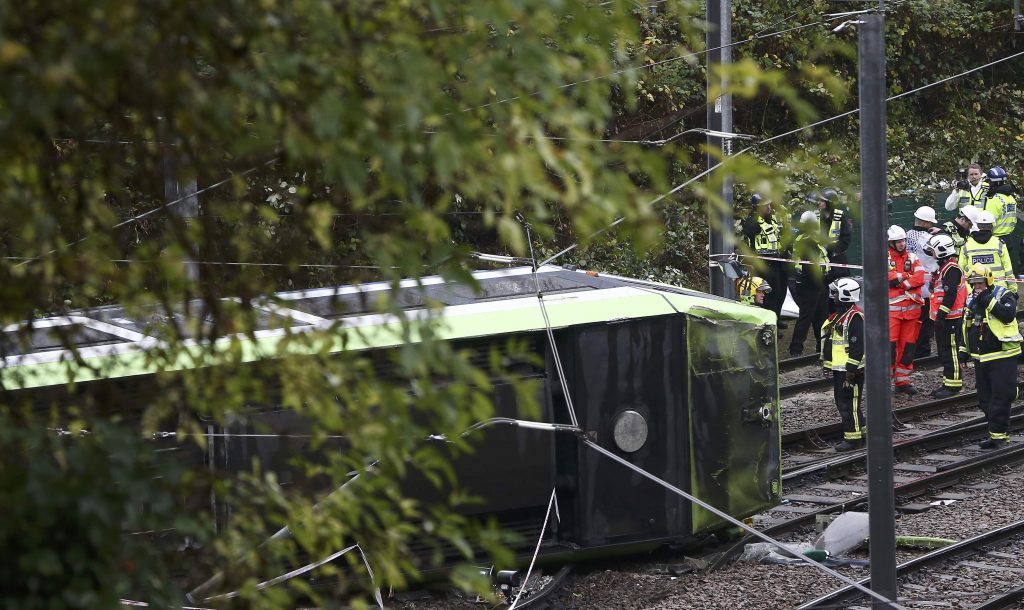 Five people were killed, more than 50 others were injured and two remained trapped after a tram overturned on Wednesday morning in south London, said police who later confirmed officers had arrested its driver.

Emergency services were called at about 6:10 am to reports that a tram had derailed near a stop close to central Croydon, a large suburb to the south of the British capital and a major transport hub.

“A number of people have been taken to hospital with injuries and sadly we can say there has been some loss of life,” said Assistant Chief Constable Robin Smith from British Transport Police (BTP).

“It is too early for us to confirm numbers but we are working hard to assess the ongoing incident and are continuing to focus on recovery efforts,” he added.

A BTP spokesman later said the tram’s driver had been arrested and that five people had been killed.

A London Ambulance spokesman said 51 others had been taken to hospital, some with serious injuries. Eight fire engines, five specialist rescue units and more than 70 firefighters attended the scene using heavy cutting equipment to free those trapped.

Pictures showed the tram lying on its side across the tracks near a junction where the line divides. Investigations were continuing into the cause of the accident.

“My thoughts and prayers are with all of those who have been affected by this terrible incident that has taken place on the tram in Croydon,” Prime Minister Theresa May said.

Local residents said they had heard a crash followed by shouting. “They started bringing up the casualties, some very seriously injured. People were carried away on stretchers,” Hannah Collier, 23, told Sky News.