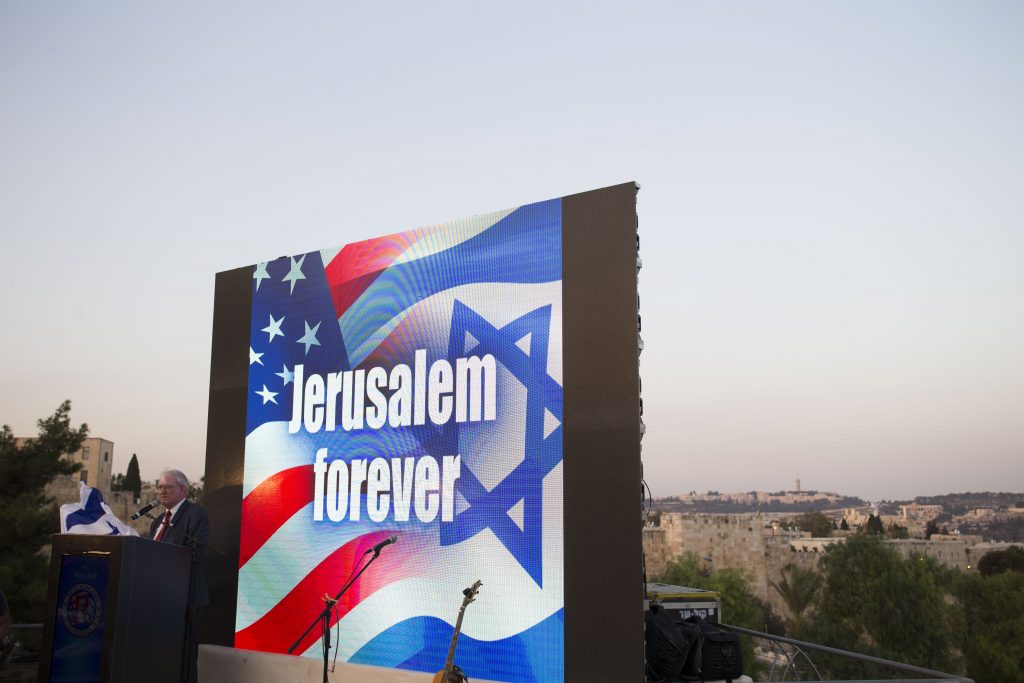 David Friedman, an attorney who has worked with President-elect Donald Trump for decades and during the campaign advised him on Israel and Jewish affairs, is likely to be named American ambassador to Israel. Speaking to Army Radio Wednesday, Friedman said that Trump was likely “to make a decision on that quickly, and I am hoping it will be me.”

In the short interview, Friedman, an observant Jew, was asked about Trump’s promise to move the American embassy from Tel Aviv to Yerushalayim, but said he couldn’t respond. “It’s been an amazing and busy night, and I am surrounded by a huge crowd, so we are not talking about policies tonight.”

Despite that, Friedman said that the victory of Trump would be a very positive thing for Israel. “I think this is a good night for America and an equally good night for Israel,” he said. “Israel will have an extraordinarily good friend in the White House, one who will treat Israel with love and respect, and one who appreciates the miracle of Israel. It will be a very welcome change from the past 8 years.”

The world had nothing to fear from Trump, either, added Friedman. “He gave a great victory speech and made it clear that he will seek mutual benefits for all the nations of the world, and he will be the president of all the people. I think he will be a magnificent president.”