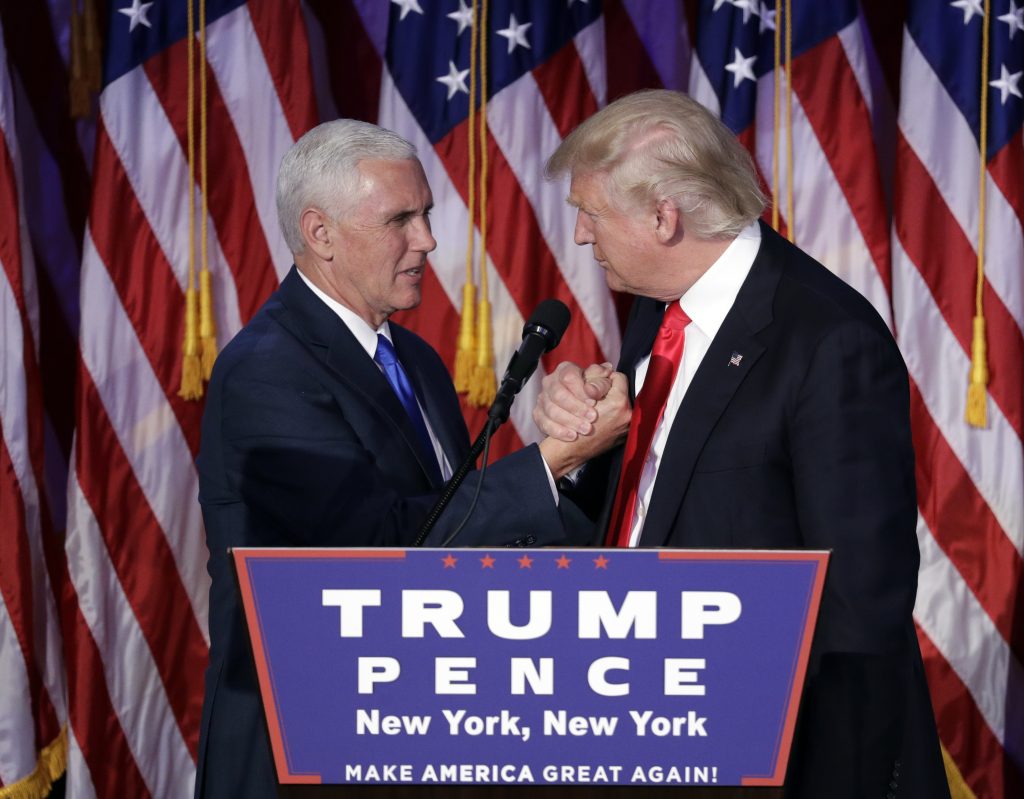 President-elect Donald Trump’s stunning victory Tuesday has delivered to GOP congressional leaders the gift they dreamed of, even if they never quite believed it was within reach: a Republican president to sign Republican bills passed by a uniformly Republican Congress.

Trump’s victory heralds a period of intense legislative activity not seen on Capitol Hill since 2009 and 2010, when President Barack Obama enjoyed Democratic majorities in the House and Senate, allowing him to pass a massive fiscal stimulus, a sweeping overhaul of financial regulations and a generational overhaul of American health care.

Republicans, who suffered only glancing blows to their House and Senate majorities Tuesday, now threaten to not only undo much of that legislation but to pursue their own dramatic remaking of the federal government’s role in American life and commerce.

House Speaker Paul Ryan, R-Wis., who rose to prominence based on his plans to dramatically scale back federal spending, said early Wednesday that the Trump win “marks a repudiation of the status quo of failed liberal progressive policies.”

“We are eager to work hand-in-hand with the new administration to advance an agenda to improve the lives of the American people,” he said.

Senate Majority Leader Mitch McConnell, R-Ky., also called the election a rejection of Obama’s policies and said that “the American people have chosen a new direction for our nation.”

Republicans were on track to lose only a half-dozen seats in the House, a remarkable outcome after many leaders expected just weeks ago that double-digit losses could take a major chunk out of their 59-seat margin. Four California House races remained too close to call Wednesday morning, according to the Associated Press, but incumbents held leads in all four races.

In the Senate, Republicans will keep their majority after defying widespread expectations that they would lose it to Democrats in an unfavorable year where they were faced with defending a dozen competitive seats. As of Wednesday morning, they had lost only one seat, in Illinois, though Sen. Kelly Ayotte, R-N.H., trailed by 525 votes in her undecided race against Gov. Maggie Hassan. Also still to be resolved is a Dec. 10 Louisiana runoff, though Republican candidate John Kennedy is heavily favored in that race.

Senate Democrats will have the votes to filibuster legislation they strongly oppose, but Republicans will be able to use a simple-majority maneuver known as reconciliation to overturn the Affordable Care Act and to pass certain fiscal measures.

In the near term, GOP congressional leaders are already rethinking their plans for a must-pass year-end spending bill. What once was a question of trying to fend off Democrats’ demands for spending increases and policy concessions in the last days of a GOP-controlled Congress is now a discussion of how best to set the table for years of Republican-led fiscal policy.

Lawmakers had been preparing to negotiate a spending bill that would fund the government through next September, hewing to a 2015 spending agreement between then-Speaker John Boehner and President Obama to increase spending by $30 billion this year. Now conservatives are expected to push anew for a mere stopgap, perhaps as short as three months, that gives the new Congress the opportunity to craft a new long-term budget that makes good on long-standing GOP plans to slash domestic programs and could reduce the size of entitlement programs like Social Security and Medicare.

A three-month spending bill could provide them with enough time to piece together a new GOP-only budget proposal that could satisfy a majority in both the House and the Senate. It is difficult to know how Trump will respond; he was nearly silent throughout the campaign when it came to details of his fiscal policy plans. Last year, Trump said that he would eventually insist on a balanced budget but did not elaborate.

“Right now we’re so under, we’re so far under that you can’t go too quickly,” Trump said in an interview with Fox News. “But I would absolutely insist on it relatively soon.”

The most dramatic effect of Tuesday’s results is the possibility that Trump’s win might dramatically ease tensions within the Republican Party, while heightening divides among Democrats, who now find themselves with a single lever of legislative power: the Senate filibuster.

On Wednesday, Trump’s Republican critics were eager to paper the criticism they leveled during the long and messy campaign.

“On Tuesday, America demanded disruption,” said Sen. Ben Sasse, R-Neb., a Trump critic who nonetheless said Wednesday he would “do everything in my power” to hold Trump to his pledges to overturn Obamacare, pursue congressional term limits and nominate conservative judges.

Another Trump critic, Sen. Lindsey Graham, R-S.C., alighted on many of the same issues in a Wednesday statement congratulating Trump.

“We have wars to win, threats to be dealt with, and a stagnant economy which must be revived,” he said. “I believe there is consensus to be had on keeping trade free but fairer, rebuilding our military, restoring our standing in the world, reforming our tax code, repealing and replacing Obamacare with an alternative that empowers patients while reining in costs, and confirming conservative justices to the Supreme Court.”

And then there is Ryan, who, despite his apparent agony over Trump’s nomination, never wavered from one rationale for his election: Only Trump would sign the conservative legislation he has spent two decades in public life promoting. Since June, Ryan has touted a framework for that legislation — a “Better Way” — that touches on health care, national defense, federal regulations and more.

“With a unified Republican government, we can get so much more done,” he said at a Sept. 29 event in Washington. “I’m tired of divided government. It doesn’t work very well.”

Kelsey Snell contributed to this report.