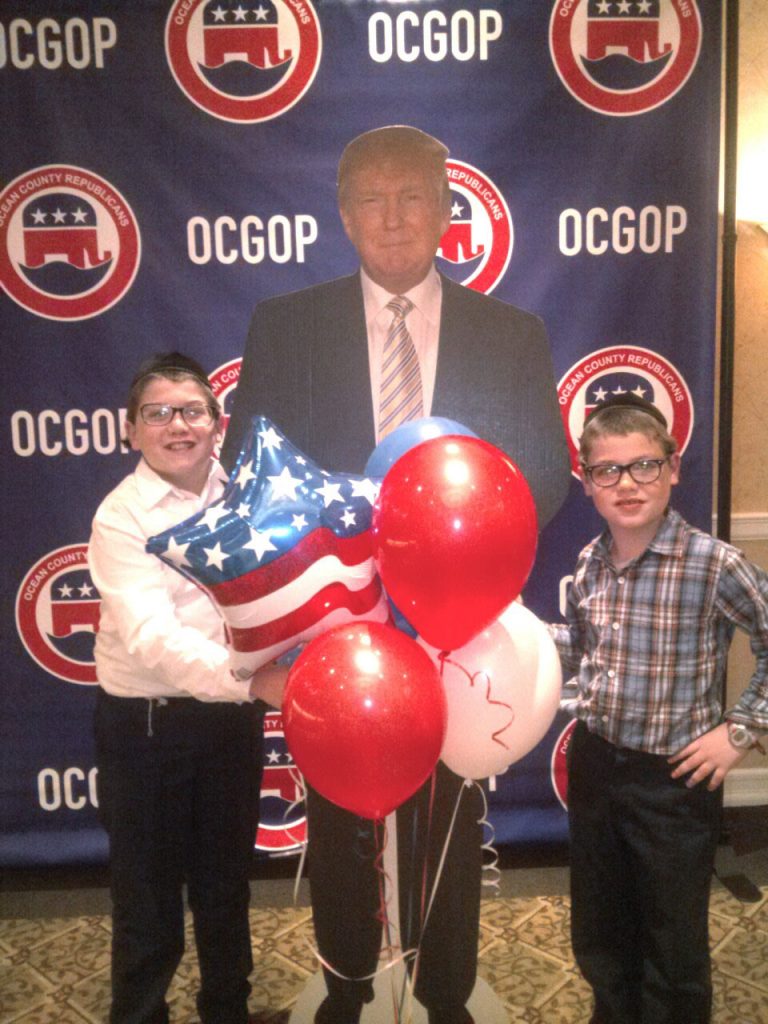 Election night under the klieg lights of the Hilton Midtown capped a spectacular journey for Donald Trump, who staged the biggest shocker in U.S. history for the right to now be titled “president elect.” It was a voyage commenced by none other than Barack Obama, and it has profound ramifications for the American Orthodox community.

America has always been different from Europe. Is it the language? The barrier of an ocean? The spirit of the home of the brave and land of the free? Impossible to know. But Americans are fundamentally different from their cousins in Old Europe.

Capital punishment is uniformly banned in Europe, while the death penalty is commonly enforced in the U.S. Gun ownership is practically nonexistent over there, where even policemen are unarmed. The U.S. Constitution is one of only about two percent of founding documents in the world today that guarantees the right to carry a weapon.

Listening to the Democratic primary debates, one would think he’s in Europe: talk of “cradle to grave” welfare, monitoring how businesses run themselves, rhetoric of taking away money from those earning above an acceptable limit to spend — er, invest — in the lower classes. Hillary Clinton and Bernie Sanders argued over who can better perpetuate a failing Obamacare.

In the foreign affairs arena, Europeans are still married to the concept of appeasement. No person or group is inherently evil, they believe, even if they answer the call of jihad or Islamic supremacy.

The most fundamental dissimilarity between America and the Continent, however, is regarding the right to lead a religious life without interference from the government. While Orthodox and Muslim communities in Europe are engaged in a perpetual battle to retain the rights of ritual slaughter and circumcision, Americans like best a government that governs least.

Obama, however, saw his victory in 2008 as a mandate to take a reluctant country on a transformation. When coaxing his Affordable Care Act on the nation he billed it alternatively as a way to bring down the cost of health care or help the uninsured gain access to medical insurance. Neither happened — because this was about Europeanizing America, extending the cradle-to-grave mentality to these shores.

For the religious, the worst part of Obamacare was it’s wholesale treading over religious liberties. The mandate for companies to provide morally reprehensible “treatments” was a first in America. And it came along with the rise of the militant marriage movement, which Obama embraced as the new civil rights issue of the day.

All this deeply rankled Americans. But Obama was impervious to the anger and resentment simmering beneath the surface. He attributed opposition to him as racism, labeling Republicans as the “enemy” in an effort to lead the country to one-party rule.

The rise of the tea party followed. Over two election cycles they gave the Republican party historic majorities in both the House and Senate — on condition that they do something, anything — to stop Obama’s rush to transform their country. But they did nothing. It was pathetic to watch how senators debated how to allow Obama his Iran deal while pretending to oppose it personally. Obamacare remained the law of the land, even as it robbed people of their health and wealth.

America lost out by Obama’s response to the Arab Spring, his calling for Egypt’s President Mubarak to step down and infamously “leading from behind” in the civil war in Libya. Both failed. Egypt elected a Muslim Brotherhood president and Libya remains mired in conflict to this day.

Arising from the ashes of it all was Donald Trump. He promised to do what more mainstream Republicans were not: Fight, fight and fight. Conservatives gravitated to his message of not being politically correct — “we don’t have time for that,” he said — and drew him out of backbench status to grant him the nomination and, ultimately the presidency.

What can the Orthodox expect, and demand, from a Trump administration?

The repeal of Obamacare, for one.

Rigorous enforcement of the Iran nuclear deal and its annulment if the Islamic Republic fails to uphold its end.

A clear-eyed vision of the 1,500-year-old religious conflict underpinning the Middle East. Peace will come not by pretending this is a fight for a “better future for their kids,” as Obama says, but a battle to the finish for supremacy.

But Americans must ensure that President Trump keeps to his promises to preserve the uniqueness of America. His emphatic win hands him the mandate for that.

There’s a story of the new lawmaker who took his seat in parliament for the first time. As he looked wide-eyed across the room, he tugged the sleeve of an elder colleague and whispered, “There they are! The enemy!”

“No, young chap,” the elder legislator said dismissively. “That’s the Opposition. The enemy are sitting all around you.”