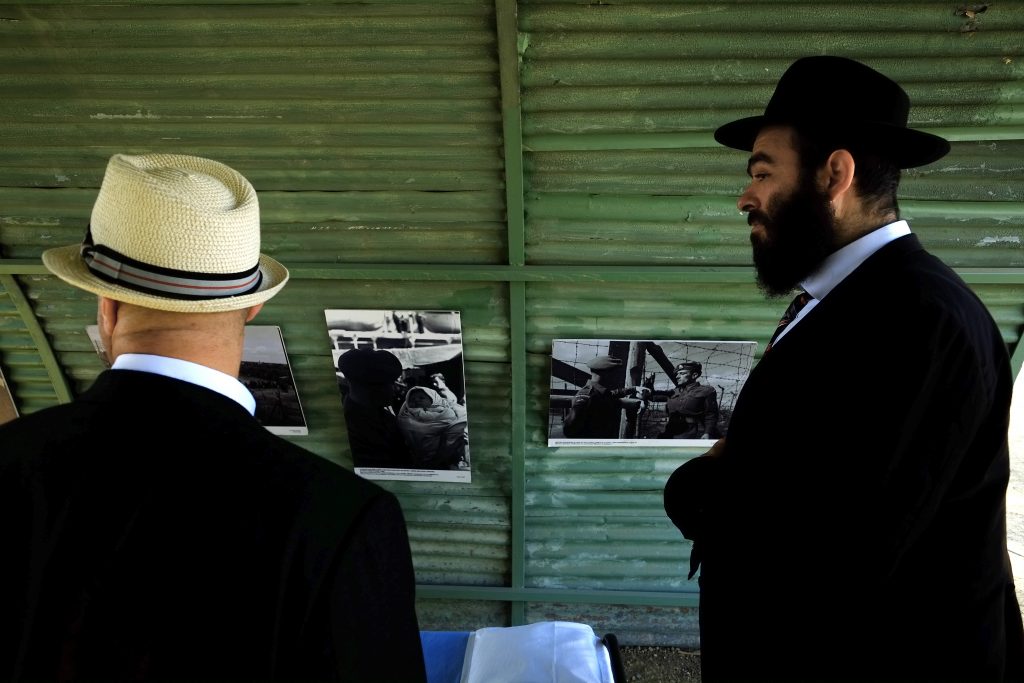 Nechema Friedman says her parents often recalled how the months they spent in a detention camp in Cyprus after World War II nurtured their desire to plant roots in Palestine.

The 69-year-old returned to the east Mediterranean island on Wednesday along with dozens of fellow Israelis also born in Cyprus to mark the 70th anniversary of the camps where 52,000 Holocaust survivors were interned by the British.

Cyprus’ Defense Minister Christoforos Fokaides unveiled a memorial at a Cypriot Army camp that formerly housed a British military hospital where 800 Jewish infants were born after the war. Some 2,200 children in all were born to Jewish couples in the camps.

“People still brought children into this world, their hopes revived here on this ground,” Friedman said at the memorial created in the semi-circle shape of the corrugated iron hut that housed detainees.

Friedman’s parents, Moshe and Gita Weissler, were among the Holocaust survivors fleeing Europe on 39 crammed, rickety boats, who were interned in a dozen camps on Cyprus while trying to reach Palestine.

At the time, Britain controlled the territory that would become Israel. British warships intercepted the boats and kept the passengers behind barbed wire and guard towers between 1946 and 1949.

But along with separation, the camps also fostered communities where schools, libraries, theater and music flourished, fanning the hope of return, Friedman said.

“We prepared ourselves, we knew that one day we would be out of the camps,” she said.

By virtue of a decree issued by Britain’s King George VI to celebrate his birthday, the Jewish detainees slowly were allowed to leave the camps and head to Palestine. Friedman was 7 months old when she and her family reached Haifa on November 29, 1947.

That was the day the United Nations General Assembly voted to partition Palestine, paving the way for the founding of the state of Israel.

“Now we have this monument to show how it was then, it’s become something that we could come back to,” Friedman said.