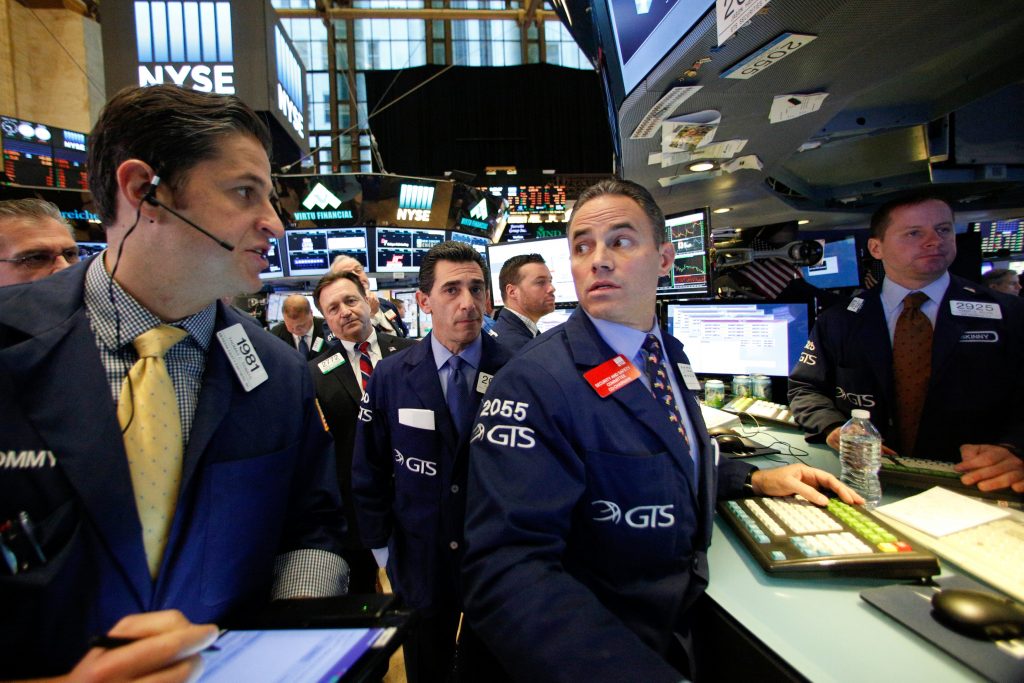 U.S. stocks moved broadly higher in afternoon trading Tuesday, on course to build on big gains from the day before. Industrials and utilities stocks were among the biggest gainers. Investors kept a close eye on the tight U.S. presidential race as voters headed to the polls. Oil prices were drifting higher after an early slide.

GENERAL ELECTION: Hillary Clinton entered Election Day with multiple paths to victory, while rival Donald Trump must prevail in most of the battleground states to reach 270 Electoral College votes. Control of the Senate was also at stake. The market soared on Monday as Clinton’s chances for winning the presidency appeared to improve. Investors like certainty, and Clinton has been seen by the market as likely to maintain the status quo. Trump’s policies are less clear, and the uncertainty and uncomfortable closeness of the polls has caused jitters in financial markets.

THE QUOTE: “The market has been looking for the status quo result, and the polling in the last couple of days shows that result is a good likelihood,” said Mike Baele, senior portfolio manager at the Private Client Reserve at U.S. Bank. “That’s the reason why the market is bouncing here.”

MINE THIS: Investors bid up shares in mining company Freeport-McMoRan. The stock rose 80 cents, or 7.1 percent, to $12.09.

STRONG RESULTS: Marriot International gained 2 percent after the hotel chain posted a big increase in earnings and revenue for the most recent quarter. The stock added $1.44 to $72.54.

STILL SEAWORTHY: SeaWorld Entertainment rose 6.1 percent after the embattled parks operator said it has been able to stem falling attendance after a bruising fight with animal rights activists that led to the closure of its orca breeding program. The stock gained 87 cents to $15.12.

ROUGH QUARTER: Valeant Pharmaceuticals International slumped 21.9 percent after the Canadian drugmaker reported a third-quarter loss. The company also slashed its guidance as it continues to face scrutiny over its business practices. The stock lost $4.19 to $14.94.

GLOBAL TRADE: China’s exports fell again in October in a fresh sign of weak global demand that is complicating Beijing’s efforts to shore up economic growth and reduce reliance on trade and investment. Exports contracted by 7.3 percent from a year earlier while imports fell 1.4 percent. Similarly downbeat figures emerged from Germany, where exports dropped 0.7 percent in September over August, while imports fell 0.5 percent in season- and calendar-adjusted terms.