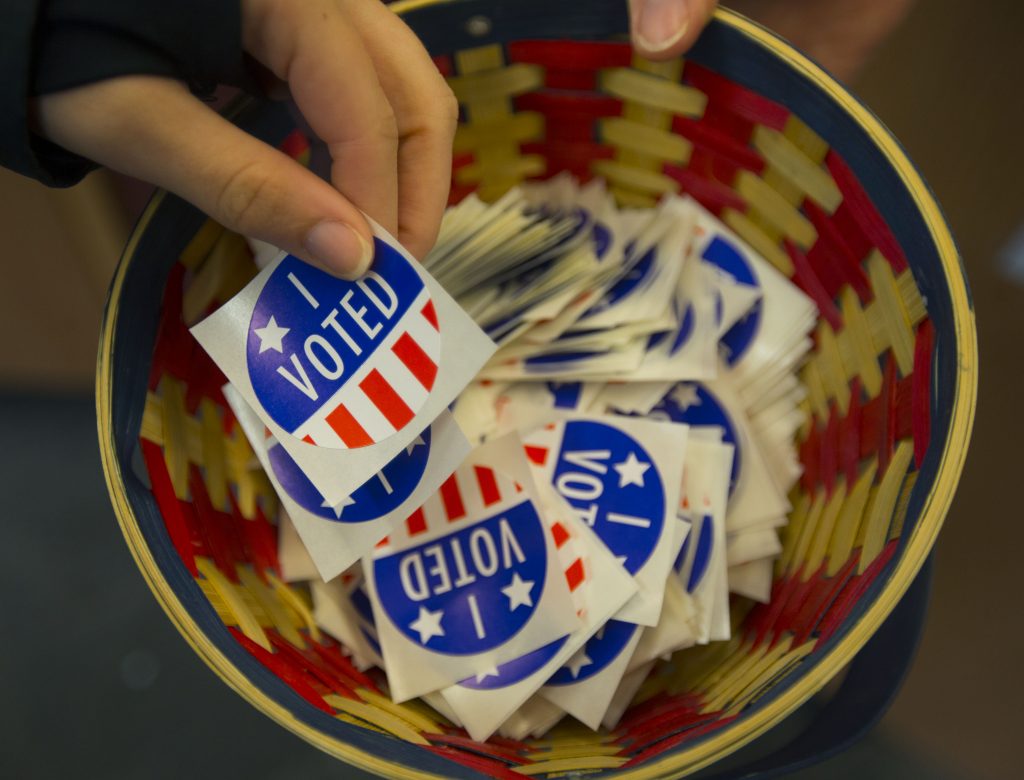 America’s ugly and unpredictable presidential election barreled toward the finish Tuesday night, with Hillary Clinton and Donald Trump fighting for Florida, North Carolina and Ohio, three of the nation’s most competitive states.

Clinton, a fixture in American politics for decades, was hoping to become the first woman to serve as commander in chief. She faced stiff competition from Trump, the billionaire businessman who tapped into a searing strain of economic populism.

Trump picked up a number of reliably Republican states, while Clinton won in Democratic territory. But the race was expected to be determined by fewer than a dozen competitive states where the candidates spent millions of dollars and much of the fall wooing voters.

It was too early to call the contests in several where polls had closed: Florida, North Carolina, Ohio, New Hampshire and Pennsylvania.

Control of the Senate was also at stake, with Democrats needing to net four states if Clinton wins the White House. Republican Rep. Todd Young won the Senate seat in Indiana, once seen as a prime pickup opportunity for Democrats. Republican Sens. Marco Rubio of Florida and Rob Portman of Ohio also won their re-election bids.

The 45th president will inherit an anxious nation, deeply divided by economic and educational opportunities, race and culture. The economy has rebounded from the depths of recession, though many Americans have yet to benefit. New terror threats from home and abroad have raised security fears.

Clinton asked voters to keep the White House in her party’s hands for a third straight term. She cast herself as heir to President Barack Obama’s legacy and pledged to make good on his unfinished agenda, including passing immigration legislation, tightening restrictions on guns and tweaking his signature health care law.

“I know how much responsibility goes with this,” Clinton said after voting Tuesday at her local polling station in Chappaqua, New York, with her husband, former President Bill Clinton, at her side. “So many people are counting on the outcome of this election, what it means for our country, and I will do the very best I can if I’m fortunate enough to win today.”

Trump, the New York real estate developer who lives in a gold-plated Manhattan penthouse, forged a striking connection with white, working-class Americans who feel left behind in the changing economy and diversifying country. He cast immigration, both from Latin America and the Middle East, as the root of many problems plaguing the nation and called for building a wall along the U.S.-Mexico border.

“I see so many hopes and so many dreams out there that didn’t happen, that could have happened, with leadership, with proper leadership,” he said by telephone on Fox News before casting his own ballot in Manhattan. “And people are hurt so badly.”