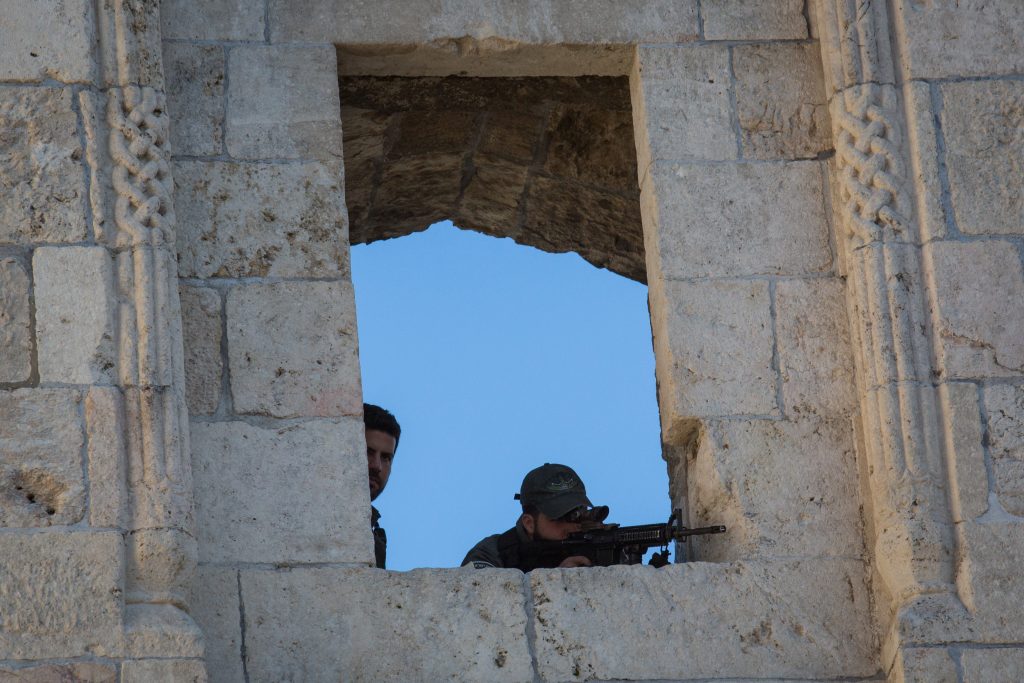 Police snipers have been deployed in strategic locations in Yerushalayim, particularly in the northern neighborhoods, as part of an ongoing effort to maintain order, Arutz Sheva reported on Tuesday.

A police spokesman said that “the police will continue to act firmly against rioters who wish to endanger the lives of law abiding citizens and will endeavor to press charges against them.”

In a security sweep on Monday night, Border Police and regular police arrested nine east Yerushalayim Arabs from the Shuafat and El-Aida refugee camps and from the Ras El-Amud and Issawiya neighborhoods. They were detained on suspicion of throwing stones and Molotov cocktails at Jews living in adjacent neighborhoods.

In the Palestinian village of Yatta Monday night, IDF forces from the Yehudah brigade together with Border Police shut down a weapons manufacturing operation and arrested its owner for interrogation.

During the course of the night, searches were conducted to locate weapons in the vicinity of the village. Homemade weapons and ammunition were discovered, as well as a suitcase containing 15 knives, bullets and incitement materials.