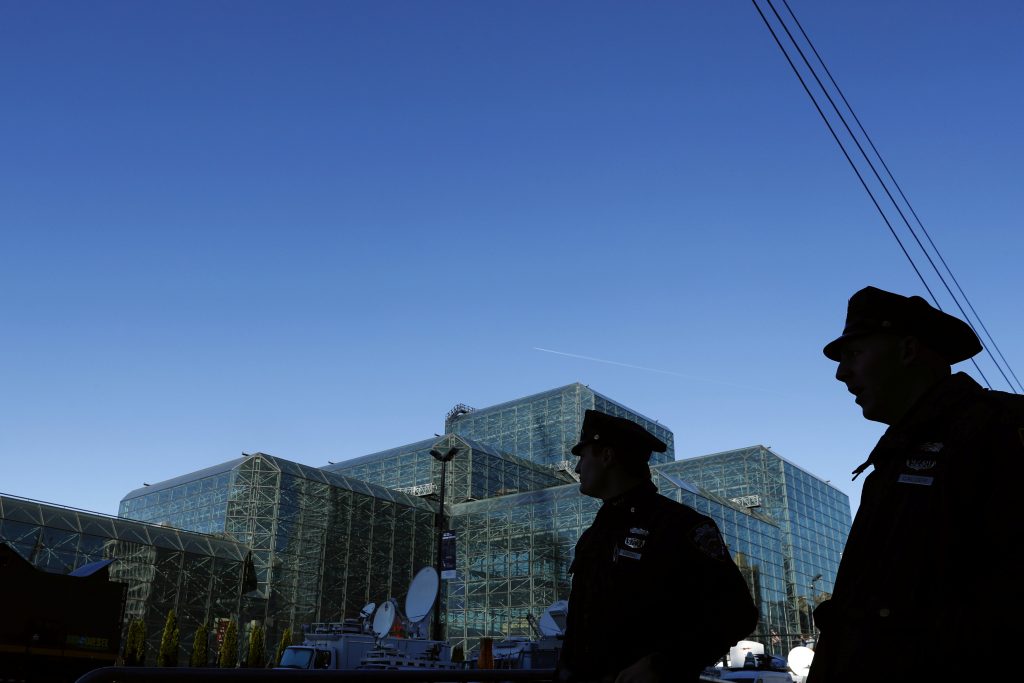 More than 5,000 police officers will be stationed around the United States’ largest city, and there will be extensive street closures in the neighborhoods where Democrat Hillary Clinton and Republican Donald Trump plan to watch returns come in – and where one will likely declare victory before hundreds of cheering supporters.

“We know that the eyes of the world will be on New York City,” Mayor Bill de Blasio told a news conference on Monday. “We have an obligation, not only to the people in the city but to this country, to make sure that tomorrow, all through the day and particularly tomorrow night, go smoothly and goes well.”

Clinton plans to hold her election night event at the Jacob K. Javits Convention Center near the Hudson River, while Trump’s will be at a large Hilton Hotel in Midtown Manhattan.

Tuesday will be the first time that both major party candidates have spent Election Day in New York City since 1944, when New York state’s Republican governor, Thomas Dewey, tried to unseat Democrat and New Yorker Franklin Roosevelt, who went on to win an unprecedented fourth term in office.

The New York City Police Department plans to station uniformed officers, including some with automatic weapons and explosives-detection equipment, across Manhattan and the city’s 1,205 polling stations. All of the city’s bomb-sniffing police dogs will be deployed, as well as special roving teams of officers, police said.

The candidates will also be protected by the Secret Service, which has provided security for both candidates during the presidential campaign and will work with the city police department on Tuesday.

“This is by far the largest election detail that the NYPD has ever had,” said Carlos Gomez, the chief of department. “It’s comparable to the detail size we have here on New Year’s Eve and last year when Pope Francis visited.”

Trump has longstanding ties to New York City, where he was born and followed in his father’s footsteps as a real-estate developer.

Clinton moved to the suburb of Chappaqua, New York, following President Bill Clinton’s eight years in the White House, and served as a U.S. senator from the state from 2001 through 2008.