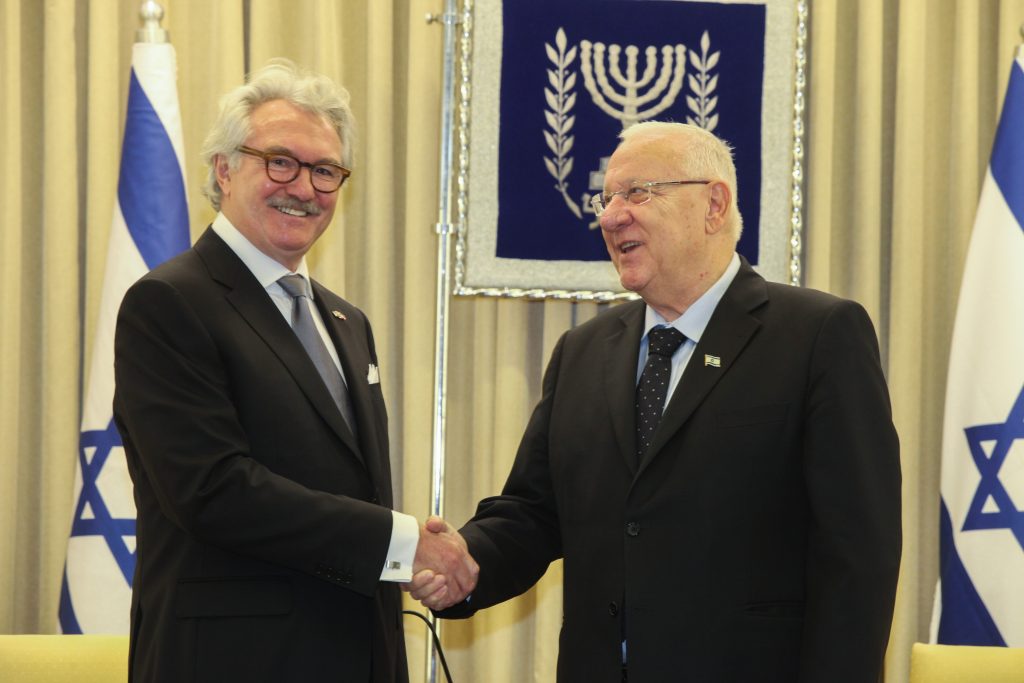 Ever since the Oslo Accords, most Israelis associate Norway with a country whose Mideast diplomacy has had a dubious impact on peacemaking with the Palestinians. But Norwegians are taking a renewed interest in Israel, entirely apart from regional politics.

The interest, not surprisingly, is in the areas of business, hi-tech and innovation.

The Norwegian ambassador to Israel, Jon Hanssen-Bauer, told The Jerusalem Post that his government has prioritized research, development and scientific cooperation with Israel and “cooperation in the energy sector, as well as collaboration on technology and innovation.”

The ambassador said that Oslo is seeking “a much wider horizon” with Israel. “With the current government, we are trying to build up trade and bilateral relationships. We are active in the peace process, we do work together with Israel on that, but we are also trying to have a much wider horizon,” he said during a meeting with a delegation of journalists in his Ramat Aviv office in October.
What changed?

For one thing, the government in Norway changed. In 2013, a center-right government led by a Prime Minister Erna Solberg of the Conservative Party and the right-wing Progress Party won the elections, displacing the left-leaning Labour coalition.
“The Conservative Party is more business minded and they said they would be more ‘balanced’ when it comes to the Israeli-Palestinian conflict,” said Marte Heian-Engdal, a senior staffer at the Peace Research Institute in Oslo.

The new government made it clear to its diplomats abroad that it means business. Director general at the Norwegian MFA, Petter Ølberg, said that directives were issued to every consulate and embassy, in Israel and elsewhere, to “dedicate itself much more to commercial activities and helping Norwegian business.”
Asked if this meant a shift away from political activities, Ølberg said that it would force staff to “re-prioritize.” “The ministry has been extremely clear that working with business is on the top of the list. So if they don’t, it is not going to be conducive to their careers,” he said.

Israel was invited to the embassy-sponsored 2016 Oslo Innovation week held in October, where Anya Eldan, of the Israel Innovation Authority (under the Economy Ministry), was a featured speaker.

A delegation of some 20 Norwegian entrepreneurs and companies participated at the DLD Tel Aviv Innovation Festival in September, and a cooperation agreement was signed by the Oslo International Hub and Impact Hub Tel Aviv.

The Israel-Norway trade connection until now has been mostly in fish. Norwegian salmon comprises 80 percent of salmon imports in Israel, and Norwegian fish comprises 30 percent of all fish imports, according to the Norwegian Embassy in Israel.

As Anita Krohn Traaseth, CEO of Innovation Norway, a government-funded development body, put it: “The Norwegian economy is in a big transformation, since the price of oil was halved. How has Israel made it to become one of the centers in the world where people are looking for innovation? At the same time, Israel is in a very specific political situation. That makes us curious,” she said.