Israel Netanyahu: ‘Some Day This Will Be a Peace Train’
Israel 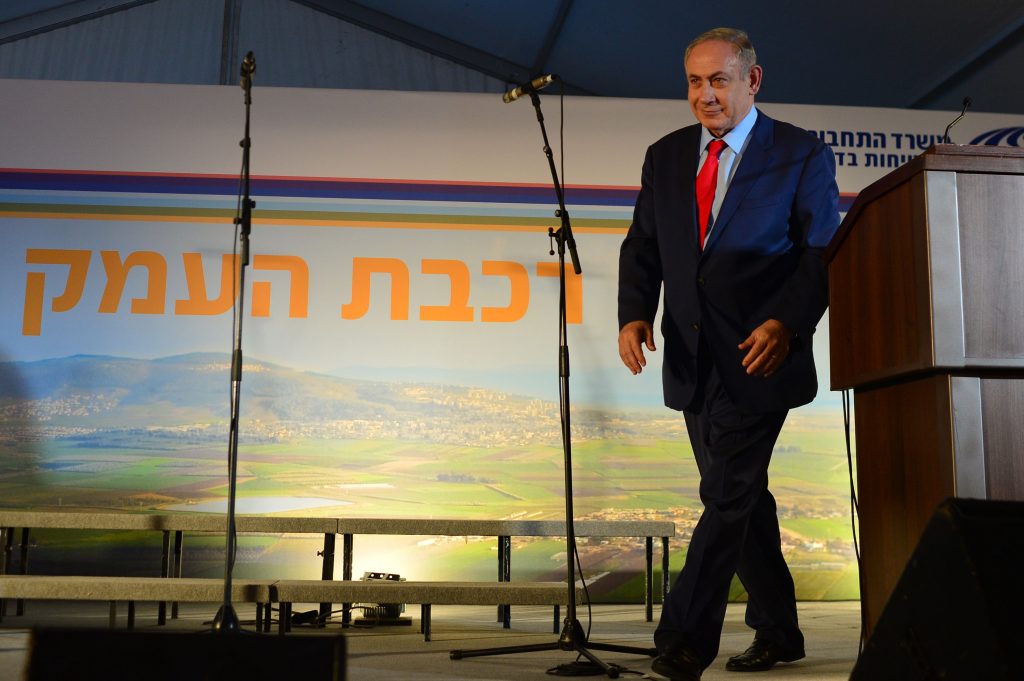 The new Haifa-Beit She’an railway line had its official dedication on Tuesday at the Afula station, with Prime Minister Binyamin Netanyahu and Minister of Transport Yisrael Katz in attendance.

Netanyahu hailed the new rail link as a harbinger of the future: “I have looked at the Jordan bridges, the Yarmouk bridges, and I believe some day this train will be a peace train. I know that is not what they’re saying around us today.& But we have a peace agreement with the Kingdom of Jordan, and these goods [carried by the train], which already pass from the port of Haifa to Beit-She’an, can easily reach the Jordan bridges, be connected to transportation arteries, including trains, and create a new future. It will not happen in a day or two, but it could take a year, two years or a little longer. I believe it. I believe it can give us hope, it can give us the fruits of peace, not only for us but for our neighbors as well.”

The line has been in operation for three weeks, but this was the official dedication. A temporary goods terminal at Beit She’an is being used while a larger terminal is to be constructed at Kibbutz Sde Nachum. From the terminal, goods will be taken to the nearby Jordanian border.

Katz added that in its first three weeks, 100,000 passengers had already traveled on the five stations of the Valley line — Haifa, Yokneam, Migdal Ha’Emek, Afula and Beit She’an and since the chagim, 5,000 passengers per day have been using the trains. Travel is free until the end of the year and fares will be half price for the two years after that.

The line cost 4 billion shekels to build and includes 26 bridges and three tunnels.