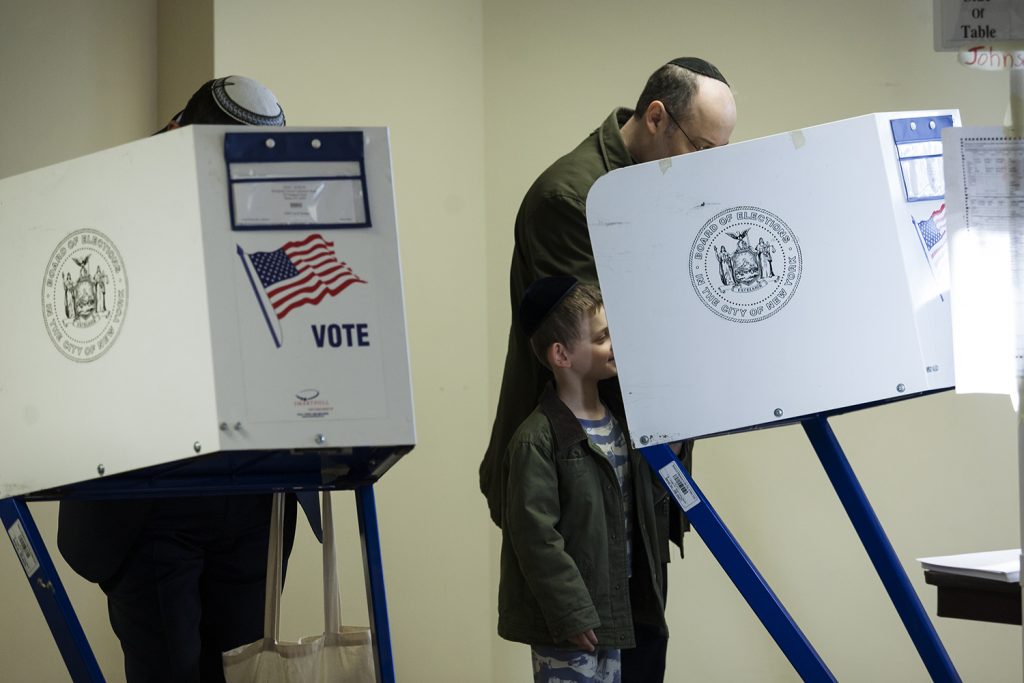 The outcome of the 2016 election between presidential candidates Donald Trump and Hillary Clinton will begin to unfold Tuesday night in Georgia and Virginia. And then quickly move into North Carolina, Florida, Ohio and Pennsylvania.

The magic number to win the White House is 270 electoral votes. Fifteen states, with 184 electoral votes, are too close to call. While early projections and exit polls will be available during the day, the more important data comes once the polls close. Here’s an hour-by-hour guide (in EST) on how to watch the states that matter most:

Georgia’s been reliably Republican in White House races since 1992. In Virginia, Clinton had been so far ahead she stopped advertising there.

Suddenly those states are in play. The key to Georgia’s 16 electoral votes is turnout among African Americans, who account for 3 of every 10 votes. The NBC/Wall Street Journal/Marist poll last week showed Clinton with an 89.5-percent majority among black voters in the state; if they show up in big numbers, Trump faces difficulty.

Virginia, which President Barack Obama carried twice, is tightening. The counties to watch in the hunt for the state’s 13 electoral votes are Loudoun, in the Washington suburbs, and Henrico, in the Richmond area, said Quentin Kidd, director of the Wason Center for Public Policy in Newport News, Va., which conducts statewide polling.

The center’s latest poll, released Monday, had Clinton up 6. She needs a large turnout among Hispanic and college-educated voters in Loudoun, he said, while Trump has to get a big Republican boost in Henrico.

If African Americans turn out in huge numbers, Clinton’s a likely winner in both places.

In North Carolina, “a big X factor worth watching is Clinton’s ground game on Election Day,” Husser said. Needing a last-minute push for the 15 electoral votes, Clinton plans a midnight rally on Election Day in Raleigh.

Every presidential winner since 1964 has carried Ohio, which this year has 18 electoral votes. So far, it looks like Trump territory. Democrats requesting early voting ballots were down in the Cleveland and Columbus areas, two places crucial to Clinton. A new Emerson College Polling Society survey released Monday had Trump up 7.

Florida’s the big unknown here, its 29 electoral votes the biggest swing-state prize. The race could be determined in the counties surrounding Tampa, said Brad Coker, a pollster based in Jacksonville, Fla.

The other state to watch at this hour is Pennsylvania, which no Republican has carried since 1988. Twenty electoral votes are at stake, and Trump’s appeal is similar to his strength in other Rust Belt states: He voices the frustration of blue-collar white workers who have seen jobs head overseas.

In New Hampshire, with four electoral votes, Clinton was up by 7 in the latest University of New Hampshire Survey Center poll. But there’s room for Trump growth, as he led by 6 with independents, and only 3 of 4 Republicans said they’d decided on their votes.

Michigan and its 16 electoral votes were seen as safe for Clinton until a few days ago. Thanks to the furor over the FBI probe, “the campaign has been about her in the last week,” and enthusiasm seems to be more on Trump’s side, said Steve Mitchell, chairman of Mitchell Research & Communications in East Lansing, Michigan.

Colorado, Wisconsin and New Mexico were all regarded as comfortable Clinton country, and Arizona was Trump territory. If a wave develops for either candidate, it’s going to be most evident in the states where their opponent was favored. So far that’s a long shot.

Clinton’s Wisconsin lead in the Marquette Law School poll dropped from 11 in mid-October to 6 last week, as independent voters swung dramatically to Trump. But poll director Charles Franklin called the overall trend for the state’s 10 electoral votes “a little tightening,” nothing more.

Clinton is counting on a big turnout among Latinos to push her over the top in the bid for Nevada’s six electoral votes, but Trump has moved into a slim lead. He’s benefiting from strong enthusiasm in this land of self-reliance.

A CNN/ORC poll last week found that 61 percent said they were enthusiastic about their Trump votes, compared with 48 percent who felt that way about Clinton.

Clinton briefly saw Utah in play, as the state’s huge bloc of Mormon voters had been reluctant to give Trump its six electoral votes. In recent weeks, though, they’ve shifted. In mid-October, the Emerson College Polling Society found that supporters of conservative Sen. Ted Cruz, R-Texas, were largely behind independent Evan McMullin. Last week, they lined up firmly behind Trump, and he opened up a commanding lead in the state.