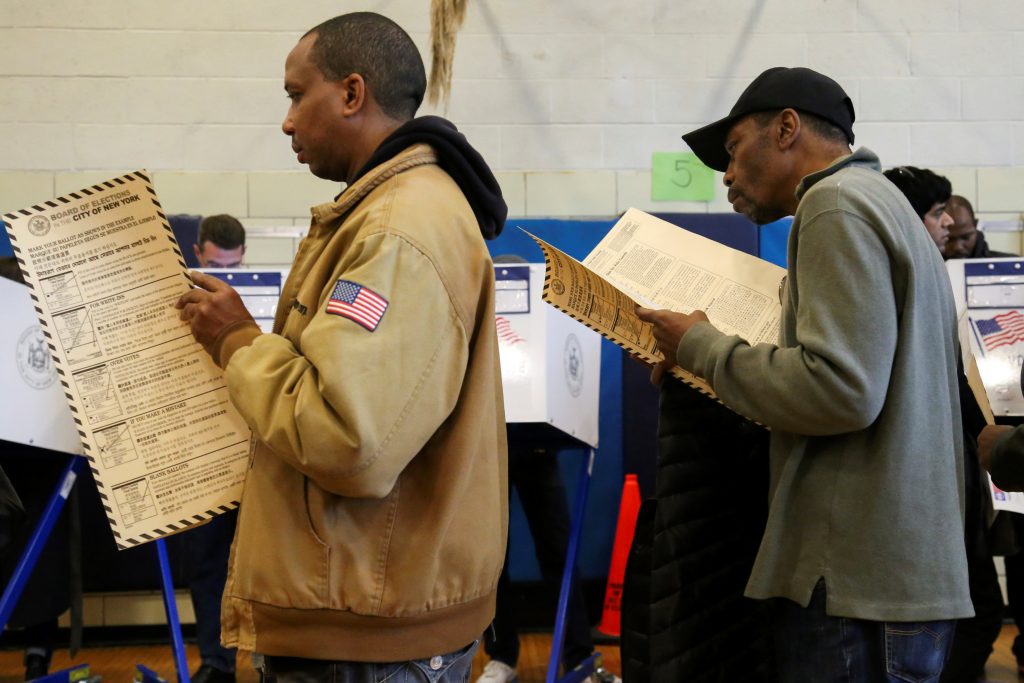 The long national nightmare of the 2016 campaign is finally coming to a close. There’s been a lot of talk about the potentially irreparable damage this acrimonious contest has done to our civic fabric.

But if there’s any silver lining to the campaign, it may be that all the outlandish and divisive rhetoric is serving to get more people engaged with the political process. Here’s one datapoint that speaks to our current level of civic engagement, from Google Trends: Peoples’ interest in finding out where to vote has never been higher.

The Google data show that searches for “where to vote” account for about twice as much Google search volume this November as they have in previous presidential election years in 2004, 2008 and 2012. Broader search queries, like “voting,” show a similar pattern — though those searches could be related to other information like early vote tallies, or to non-election voting for things like [voting for contestants on reality] shows.

A person wanting to know “where to vote,” on the other hand, is probably looking for specific, practical information on where to cast a ballot. The related queries that Google shows for this search bolster that assumption — they include queries on how to register, how to vote, and voter eligibility.

Other signs point to higher-than-normal voter turnout in 2016. More than 47 million voters have cast early ballots this year, smashing the previous early voting record of 32 million in 2012. Some of that increase is due to simple population growth, and some of it comes from more states adding early and no-excuse absentee voting this year.

Early voting also indicates that Latino participation may hit record levels this year. This is likely to be a boon for Hillary Clinton, given Trump’s record-low support among Latino voters.

Political betting markets have also recently taken a turn toward predicting higher turnout. At PredictIt, the odds for a turnout of 145 million voters — or more than roughly 63 percent turnout — have spiked in recent days. A number of that magnitude could be higher than the turnout in any election since the 1960s.

High turnout could be favorable for the Clinton campaign. “Most often, higher turnout favors Democrats,” political scientist Michael P. McDonald told Factcheck.org earlier this year. This is because demographic groups that historically have low turnout rates — minorities and young people chief among them — tend to prefer Democratic candidates.