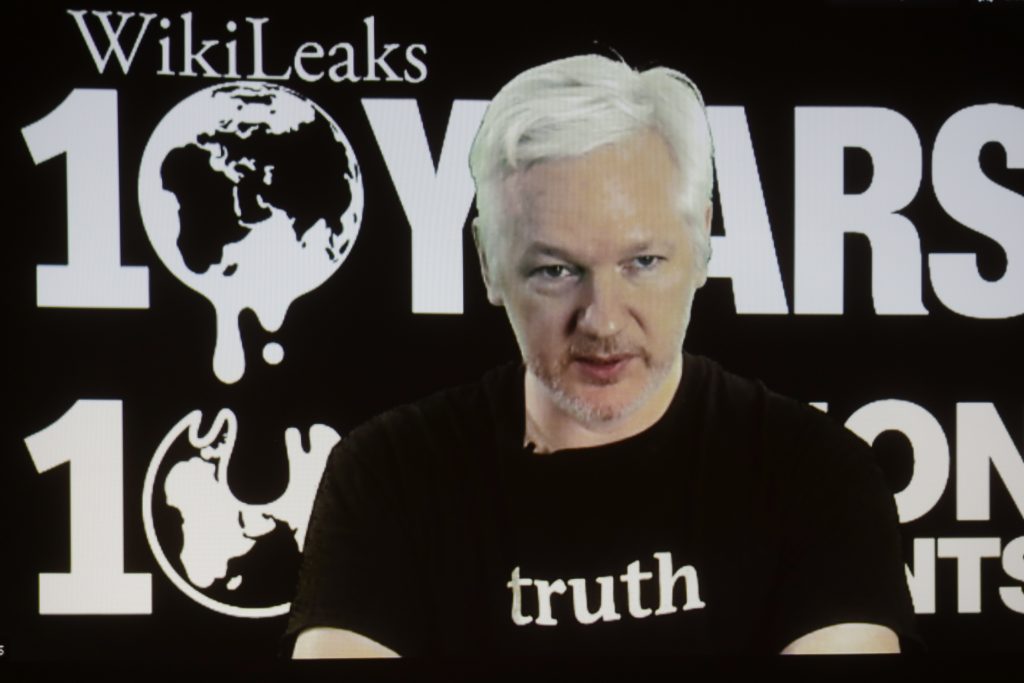 WikiLeaks founder Julian Assange said Tuesday he never intended to influence the U.S. presidential election by publishing copies of emails linked to Hillary Clinton and suggested he would do the same to Donald Trump, if he could.

The secret-spilling website in recent months has published troves of electronic messages sent to or by people in Clinton’s campaign, disclosing embarrassing, if not damaging, inside conversations.

“This is not due to a personal desire to influence the outcome of the election,” Assange said in a statement, denying that the publications were designed to bolster support for Green Party candidate Jill Stein or to take revenge on the Democratic Party for the imprisonment of a former U.S. intelligence analyst in Iraq, who was sentenced to 35 years behind bars in 2013 for passing secret U.S. government documents to WikiLeaks.

Assange, who has been holed up in the Ecuadorian Embassy in London for four years evading legal proceedings in Sweden on an unrelated charge, indicated that WikiLeaks would not hesitate to publish material on Clinton’s Republican rival, if it received the right material and judged it newsworthy.

“To date, we have not received information on Donald Trump’s campaign, or Jill Stein’s campaign, or Gary Johnson’s campaign or any of the other candidates that fulfills our stated editorial criteria,” he said.

The U.S. government has said Russia was responsible for hacking at least some of the emails released by WikiLeaks — including those from the private account of Clinton campaign chairman John Podesta.

Assange downplayed what he called the “speculative and vague statements from the intelligence community to suggest a nefarious allegiance with Russia,” saying there was no evidence to tie the emails WikiLeaks published to Moscow.

Swedish prosecutors say they will interview Assange at the Ecuadorian Embassy in London on Monday, regarding the allegations from an unrelated crime stemming from a visit to the Scandinavian country in 2010.

He has denied the allegations and refused to meet prosecutors in Sweden, saying he fears extradition to the United States to face espionage charges, if he leaves the embassy.