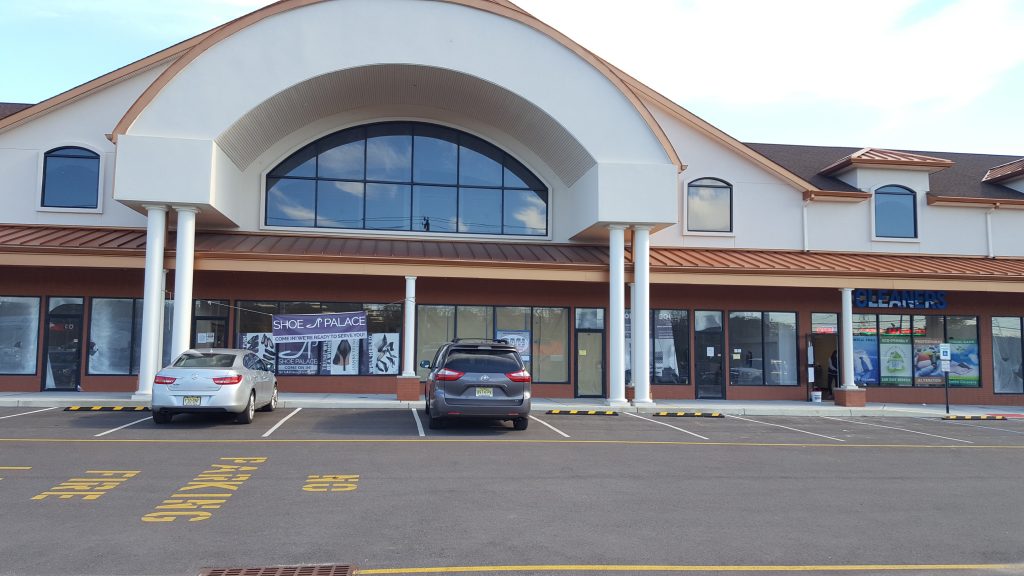 An armed robbery at the newly opened Shoe Palace in Lakewood left shoppers and employees shaken but unharmed on Monday night.

At around 6:00 p.m., the perpetrator entered the store and, brandishing a handgun, ordered those inside to lie on the floor. He then pointed his weapon at the head of one of the owners, who was working as cashier, indicating that he should empty the cash register. The owner complied and the man promptly fled the scene.

“It was definitely very scary; one lady who was in the store started screaming Shema Yisrael,” one of Shoe Palace’s owners, who asked not to be named, told Hamodia. “Two kids ran out of the store as soon as the whole thing started and waited in the laundromat next door.”

The culprit’s face was obscured by a scarf at the time of the robbery and could not be identified. Based on information from those present and surveillance footage, police reports describe him as a six-foot black male. At the time of the incident he was wearing a black “North Face” sweatshirt.

Shoe Palace maintains two branches in Boro Park, one in Flatbush. The Lakewood branch opened in September and is located on Route 9, right over the Lakewood-Howell boarder, in a shopping plaza just north of the Chemed Health Center.

Witnesses recalled seeing the perpetrator pacing several times outside the store before entering and footage showed him running across Route 9 toward Fords Road following the robbery. Police responded and searched the area using K9 units, but have been unable to locate the culprit.

“Hashem should protect us, we are doing our best to take on some more security measures and are hoping for the best. Baruch Hashem, no one was hurt and we just lost a little money,” said the co-owner.

Anyone with information is asked to contact Howell Township Police Department Detective Anthony Romano at (732)938-4575, ext. 2879.