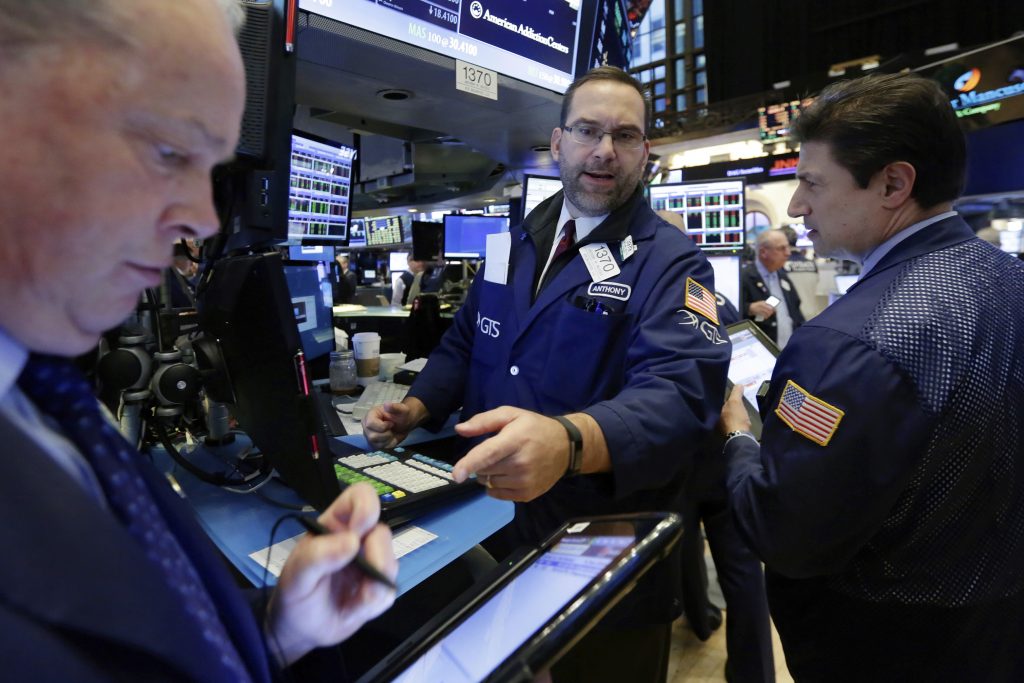 U.S. stocks surged Monday, putting the market on course to snap a nine-day losing streak. Health care and financial stocks led the broad rally, as investors focused on the latest turns in the presidential race ahead of Election Day.

The FBI announced late Sunday that its review of newly discovered Hillary Clinton emails found no evidence warranting charges. That appeared to ease the market’s anxiety, which ratcheted up in recent weeks over signs that the presidential race was tightening.

MARKET REBOUND: The S&P 500, a key market benchmark, is coming off its longest losing streak since 1980. It lost 66 points during the nine-day slide. So far, Monday’s gains have wiped out more than half of those losses. The S&P 500 was on track to notch its biggest single-day gain since March.

ELECTION EFFECT: Clinton got a boost late Sunday, when FBI Director James Comey told lawmakers that a review of new Clinton emails did not change the bureau’s recommendation that she should not face charges. The market wilted on Oct. 28 after the FBI notified Congress that it was reviewing newly discovered emails linked to Clinton, who is seen by Wall Street as likely to maintain the status quo. Donald Trump’s policies are less clear, and the uncertainty and uncomfortable closeness of the polls caused jitters in financial markets ahead of Tuesday’s general election.

THE QUOTE: “This is not a rational market. This is a reaction to less uncertainty,” said Phil Blancato, CEO of Ladenburg Thalmann Asset Management. “In those kinds of markets, people are jumping into stocks that they think are cheap. And what are the cheapest right now? Financials and health care.”

SPARKLING DEAL: Blue Nile surged 33.9 percent on news that the online jewelry retailer is being acquired by a group of funds managed by Bank Capital and Bow Street. The stock rose $10.31 to $40.74.

FLIGHT FROM SAFETY: The VIX, a measure of how much volatility investors expect to see in the market over the next 30 days, slumped 16.2 percent Monday after surging 40 percent last week to its highest level since June, when Britain voted to leave the European Union. The slide in the VIX reflected less anxiety among investors. Safe haven investments also slumped as investors felt comfortable taking on more risk. Bond prices fell, driving the yield on the 10-year Treasury note up to 1.82 percent from 1.78 percent late Friday, while the price of gold fell $22.60, or 1.7 percent, to $1,281.90 an ounce. Utilities and phone stocks, two other havens investors seek when they expect turmoil, lagged the market.

CURRENCIES: The dollar strengthened across the board. It was up to 104.50 yen from 103.13 on Friday. The euro slipped to $1.1033 from $1.1117. The dollar was down 1.8 percent to 18.67 Mexican pesos from 19.03 pesos. The Mexican currency has become an indirect proxy among investors for Trump’s chances to win the White House. Investors have speculated that a Trump administration would be negative for the Mexican economy, and would cause the Mexican peso’s value to fall as a result.