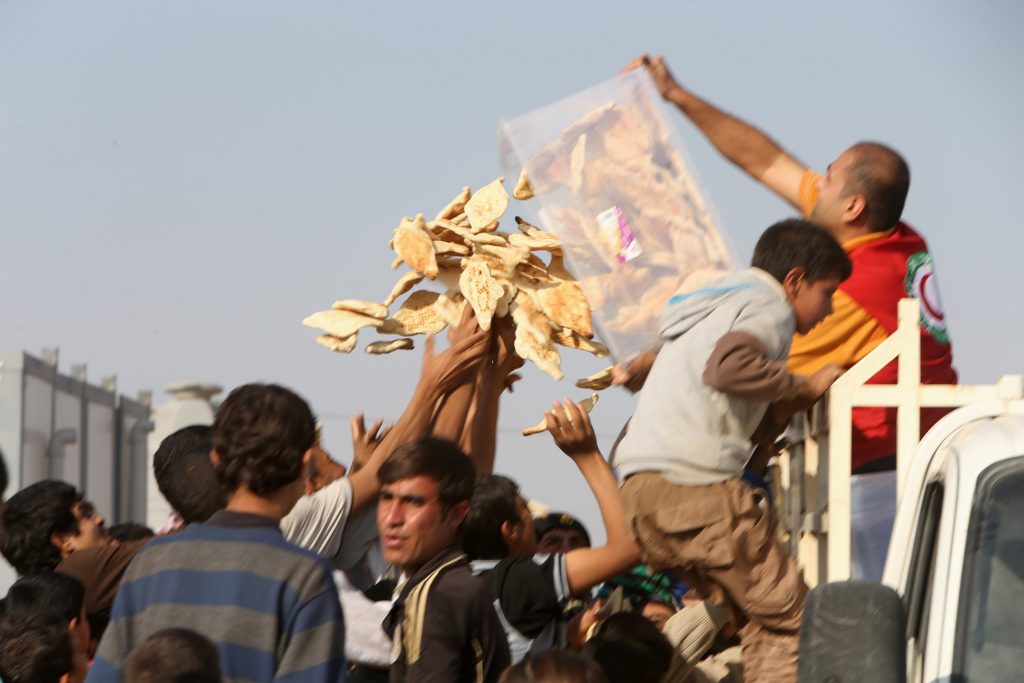 From behind the curtains of his bedroom window, 29-year-old Riyad Ahmed would peer out at Islamic State fighters dragging civilians into a makeshift jail across the street and then sending them in the middle of the night to be executed.

The former English teacher from the town of Hammam al-Alil, south of the jihadists’ Mosul stronghold, recalls hearing victims’ cries of agony as he hid with dozens of neighbors in the shadow of one of the group’s detention centers.

“The devil himself would be astounded by Daesh’s methods of torture. It is beyond the imagination,” said Ahmed, using an Arabic acronym for Islamic State.

Iraq’s army and federal police, participating in a U.S.-backed offensive launched last month to recapture the largest population center under the jihadists’ control, retook this area over the weekend.

As the forces advance, details of Islamic State’s brutality and growing desperation, which have trickled out of its self-proclaimed caliphate over the past two years, are being reinforced by first-hand accounts of residents.

Standing on the road between his house and the jail on Monday, Ahmed told Reuters that no part of Hammam al-Alil had been spared from the ultra-hardline Sunni Islamists’ violence.

In his street alone, he said six people he knew had been executed, including his father and a family of three that lived next door.

Aid organizations, local officials and Mosul residents have cited reports that Islamic State terrorists executed dozens of people in Hammam al-Alil and barracks nearby over the course of a week, on suspicion of planning rebellions in and around Mosul to aid the advancing troops.

Abdul Rahman al-Waggaa, a member of the Nineveh provincial council, told Reuters last month that most of the victims were former police and army members.

Islamic State had used the town’s agricultural college as “a killing field” for hundreds of people in the days before the Iraqi government advance, Ahmed said.

“They would torture them inside and then take them out of the neighborhood and either shoot them or slit their throats.”

Police backed up his accounts, but the road to the college was still lined with improvised explosive devices (IEDs) on Monday, preventing Reuters from visiting.

The military says its forces at the complex have discovered the decapitated corpses of at least 100 civilians.

The jail opposite Ahmed’s house was once the home of an army officer who fled Islamic State’s blitz across a third of Iraq’s territory in 2014. Its walls are covered in soot from a fire apparently set by fleeing fighters, but metal cages only slightly larger than an adult male are still intact.

Ahmed, who learned English when U.S. forces occupied Iraq for nine years after toppling Saddam Hussein in 2003, was delighted to speak to a foreign reporter after two years during which he feared he would be killed for using English.

“We have been living in hell, like zombies,” he said.

Residents still in Hammam al-Alil on Monday told how they packed into homes with nearly 100 other people each for days to avoid being forced to flee to Mosul as Islamic State retreated.

“They didn’t know we were here. We didn’t make a sound. No lights, no sound, no speaking at all,” said Ahmed.

His family had stored food to avoid going outside but everyone lost weight, he said. Using the bathroom was a challenge.

As the town’s remaining residents emerged from their homes on Monday, neighbors greeted each other for the first time in many days.

An army lieutenant, back in Hammam al-Alil after taking refuge on a mountain for more than a week following the escalation of executions of security personnel, said he witnessed Islamic State terrorists kill people in a nearby field.

Thousands of civilians, including many from villages further south who had been forced to serve as human shields for the jihadists, escaped to government camps over the weekend while others were forced deeper into Islamic State-held territory.

“If the forces had come just a few days later, we would be in Mosul now. Daesh wanted to take us,” said Ahmed.

Others were not so lucky.

Tariq, an engineering student, said he had barricaded himself inside his home with dozens of neighbors for four days before Islamic State fled, refusing fighters’ demands to leave with them.

At one point, he said, the fighters had donned army fatigues and managed to trick a few families into believing they were arriving Iraqi forces. When the civilians went out to greet them, Tariq said, they were executed.

“Even a one-year-old baby, they put a bullet in his head.”