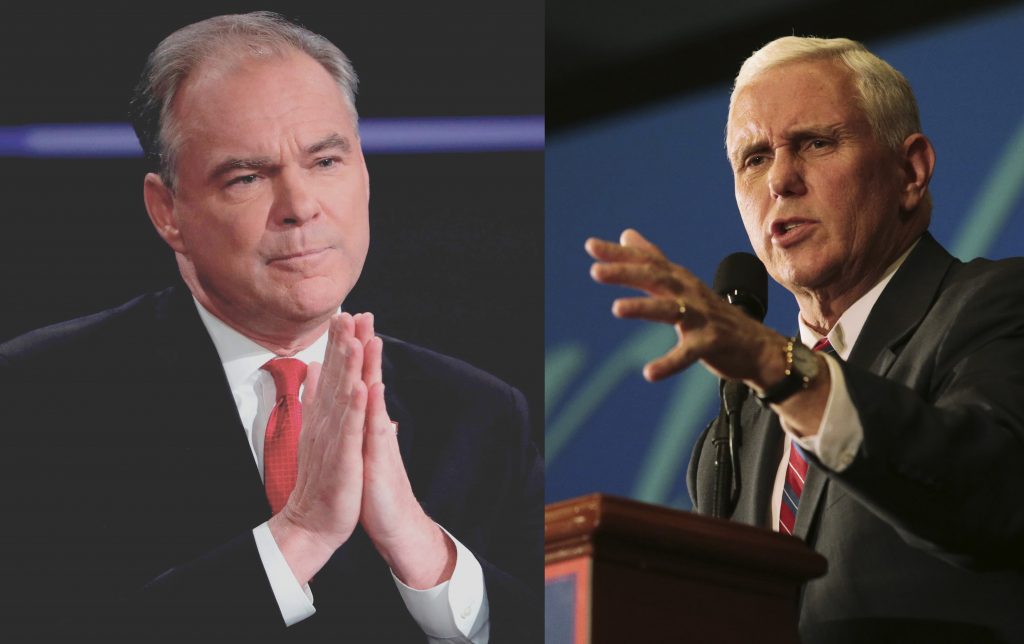 Hillary Clinton’s campaign touted its ground game one day before the U.S. presidential election while Donald Trump’s portrayed him as the candidate of change championed by enthusiastic voters.

The return to the campaigns’ core strengths and longtime arguments came as polling continued to favor Clinton slightly, and as the candidates squeezed in final visits to battleground states.

“We’re really focused on turning out our supporters,” Clinton’s campaign manager, Robby Mook, said Monday on NBC as the campaign announced it had made 8.1 million phone calls and knocked on 6.2 million doors over the weekend. “We’re seeing historic turnout.”

Trump campaign manager Kellyanne Conway on MSNBC cited supporters in Minnesota who walked miles to a Trump event there Sunday as an illustration of the voters who would help solidify the upper Midwest for the Republican nominee.

“We obviously have had Team Clinton on the run in terms of where they’re going to schedule and deploy their super surrogates in the final days,” Conway said, adding that Trump would win Michigan despite the Clinton deployments.

Clinton, 69, and President Barack Obama were scheduled to visit Michigan on Monday, as were Trump and his running mate, Mike Pence. Clinton held a 4.7 percentage point lead in the state’s RealClearPolitics polling average with third-party candidates included. Obama won the state’s 16 Electoral College votes by wide margins in both his elections.

Trump, 70, would appeal to voters there and in Rust Belt states such as Pennsylvania because of his populist message, particularly on trade, Conway said.

“He talks about the rigged corrupt system not working for the common man,” she said.

Mook said Clinton’s campaign was focusing on states that have no or little early voting, but polls showed a tightening race starting in late October, when Clinton led by more than 11 points.

Clinton on Monday was also scheduled to campaign in Pennsylvania — including a star-studded Philadelphia rally with the president, first lady Michelle Obama, former President Bill Clinton, daughter Chelsea Clinton, and celebrity singers — and to finish the night at a North Carolina rally with her family.

Trump is continuing a grueling pace and was scheduled to appear in Florida, North Carolina, Pennsylvania, New Hampshire, and Michigan. His three oldest children were expected to fan out to Iowa, Michigan, Virginia and Pennsylvania. Other Trump surrogates expected on the trail included 2008 vice presidential nominee Sarah Palin, former rivals Ben Carson and Rick Santorum, and former Rep. Michele Bachmann.

Several polls gave Clinton an edge nationally on Monday, including a Bloomberg Politics survey that had Clinton ahead by three percentage points. She had four-point leads in the NBC News/Wall Street Journal poll, the ABC News/Washington Post tracking poll, and the CBS News poll.

Only the CBS and Bloomberg surveys contacted voters on Sunday, meaning few polls are likely to reflect the full effect of Sunday’s news that, after reviewing recently discovered emails, FBI Director James Comey was sticking to his conclusion that Clinton’s private e-mail use as secretary of state didn’t warrant criminal prosecution.

Nate Silver’s FiveThirtyEight on Monday forecast a 66 percent chance Clinton would win Tuesday. The New York Times model gave her a better chance, 84 percent. Democrats’ outlook for retaking control of the U.S. Senate was dimmer, at 50 percent, according to FiveThirtyEight. The Cook Political Report projected Democratic gains of five to 20 seats in the U.S. House, short of those needed to dislodge Speaker Paul Ryan’s Republican majority.

Clinton’s improved outlook in the final hours of the race was reflected in rallies of global stocks, commodities and the Mexican peso and in a waning demand for havens including gold and the yen.