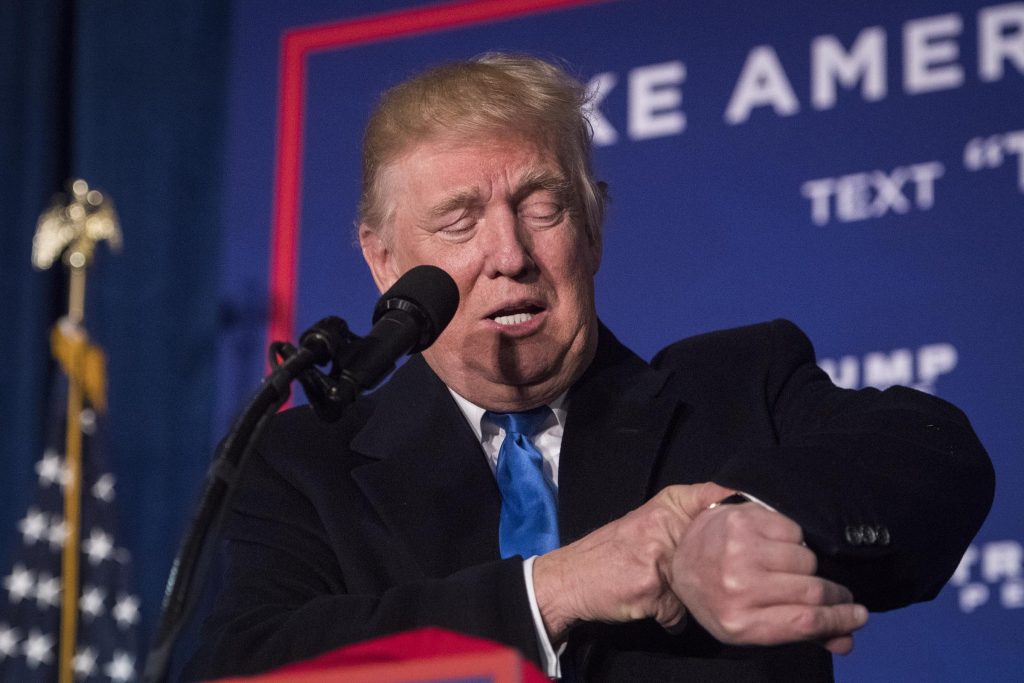 There’s nothing left to do but spin.

The campaign managers for Donald Trump and Hillary Clinton began the last day before Election Day with a blitz of the morning news shows, each portraying confidence based on varying assessments of the political map.

Speaking on MSNBC, Kellyanne Conway said Trump was a candidate riding a wave of momentum to victory, pointing to what she said were massive crowds the Republican nominee has been drawing in states that Democrats should have locked up.

“We’re going into her 248 blue wall,” Conway said, referring to the number of Electoral College votes represented by typically blue states such as Minnesota, where Trump held a rally Sunday. “We have six different routes to 270,” she added, referring to the total number of electoral votes needed to clinch the White House.

Robby Mook, at the helm of the data-obsessed Clinton campaign, seemed to scoff when asked about the confidence Trump’s team was exuding based on enthusiasm and momentum.

“Those are subjective terms,” he said on CBS. “We think we have those on our side now. What I know we have as well is record turnout.”

Clinton’s campaign has placed great faith in the strength of its ground game. Volunteers made 14.5 million voter contacts this weekend in battleground states, the campaign said — a mix of doors knocked on and phone calls made. The campaign said voter turnout is on pace to break records.

Both teams downplayed the latest news concerning the FBI’s investigation into Clinton’s private email server. Director James B. Comey informed lawmakers Sunday that the agency’s review of newly discovered emails from a device, did not change its initial assessment clearing the Democratic nominee of criminal wrongdoing.

“We’re grateful that this matter is resolved now,” Mook said. “We found it very puzzling, as you know, when Director Comey first brought this up a week ago. I don’t know why they couldn’t have resolved this behind the scenes and avoided all this ruckus. But it’s over now, and we’re in the closing argument.”

Conway’s take, on NBC, was to raise questions about whether there were still open questions to be probed.

“The investigation has been a hot mess from the beginning,” she said.

Conway also defended Trump’s reaction to the news, questioning whether the FBI could have reviewed 650,000 emails in just more than a week.

“I think he’s channeling the frustration of many Americans,” she said on CBS.