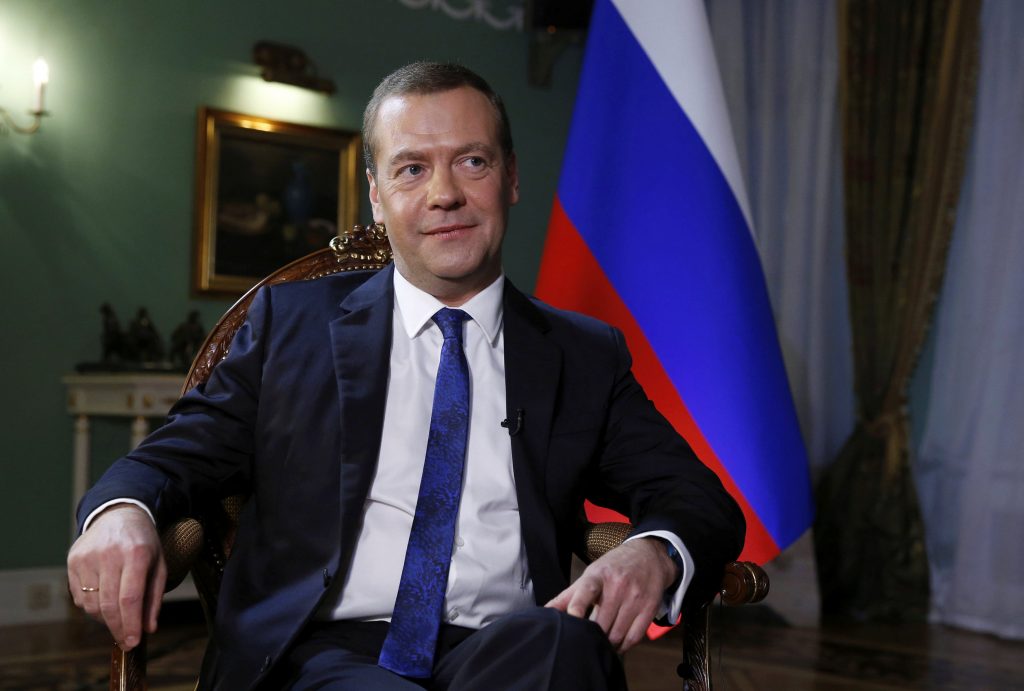 On the eve of a trip to Israel, Russian Prime Minister Dimitry Medvedev downplayed his country’s vote supporting UNESCO’S denial of the ancient Jewish connection to Yerushalayim.

In an interview with Israeli media, Mevedev said the matter had been blown out of proportion. There have been ten votes by UNESCO Boards and Committees on such resolutions, and “there is nothing new here,” Mevedev said.

“Our country has never denied the rights of Israel or the Jewish people to Jerusalem, the Temple Mount or the Western Wall,” Medvedev said.

“Therefore there is no need to politicize this decision,” which he claimed was “not directed against Israel.”

Medvedev also brushed aside a question about Russia’s sale and shipment of the advanced S-300 advanced surface to air missile defense system to Iran, which had been vigorously opposed by Israel.

Medvedev noted Russia had delayed transfer of the missiles to Tehran under the sanctions regime, but now that sanctions have been lifted, there was no reason not to complete the transaction.

The Knesset has scheduled a special session on the Jewish connection to Har HaBayis for Monday in the wake of the UNESCO resolution which recognized it only as a Muslim site.

Meanwhile, Israeli MKs from the Foreign Affairs and and Defense Committee flew to Moscow on Sunday to meet with their counterparts in the Russian parliament.