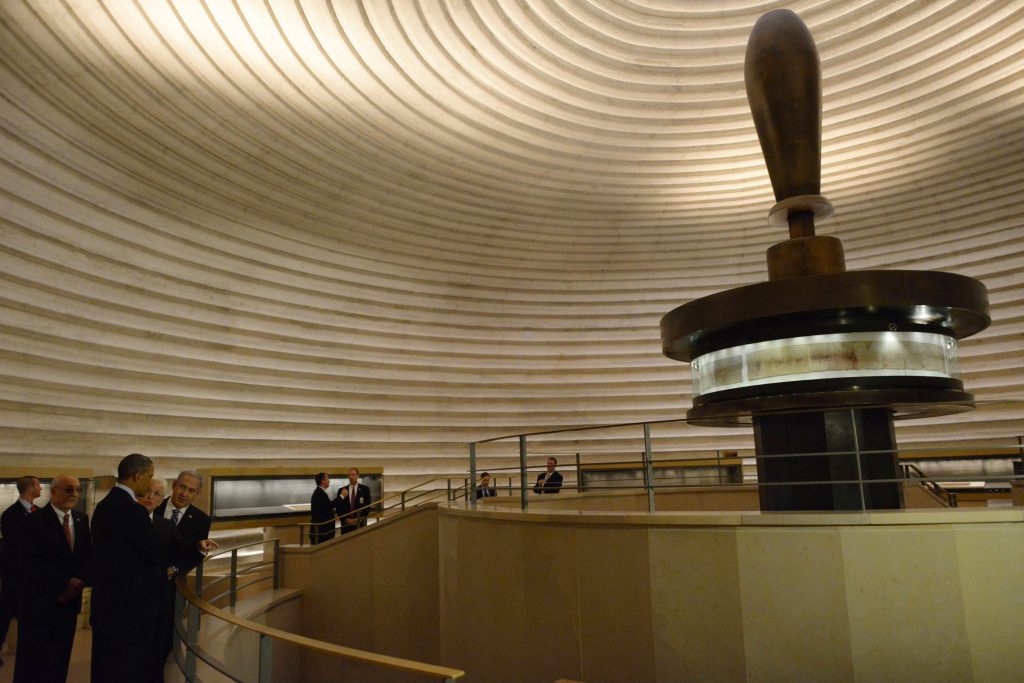 In yet another brazen attempt to rewrite history, the Palestinian Authority is preparing to file a claim to the Dead Sea Scrolls at the United Nations Education, Scientific and Cultural Organization (UNESCO), according to Israel Radio.

Israeli Ambassador to UNESCO Carmel Shama-Hacohen denounced it as “a provocative and audacious attempt by the Palestinians to rewrite history and to erase our connection to our land.

“The Dead Sea Scrolls are factual and weighty archeological evidence of the presence of the Jewish people in the Land of Israel.”

The scrolls – a large cache of mostly Hebrew writings from the Bayis Sheini period and its immediate aftermath – were discovered in Qumran between 1947 and 1956. They include many biblical texts and are attributed to a Jewish sect of the period known as the Essenes.

Qumran, which is near the Dead Sea, was under British, and later Jordanian, rule at the time of the discoveries.
It is located in Area C of Yehudah and Shomron, which is under Israeli civil and military control, but which the PA wants for its future state.

Qumran is on the list of preservation areas which the PA wants to see registered under the “state of Palestine” on the World Heritage List.

Shama-Hacohen said that the Palestinians have already made an informal request for assistance from UNESCO in taking possession of the scrolls from Israel. They intend to raise the issue formally next year, The Jerusalem Post reported.