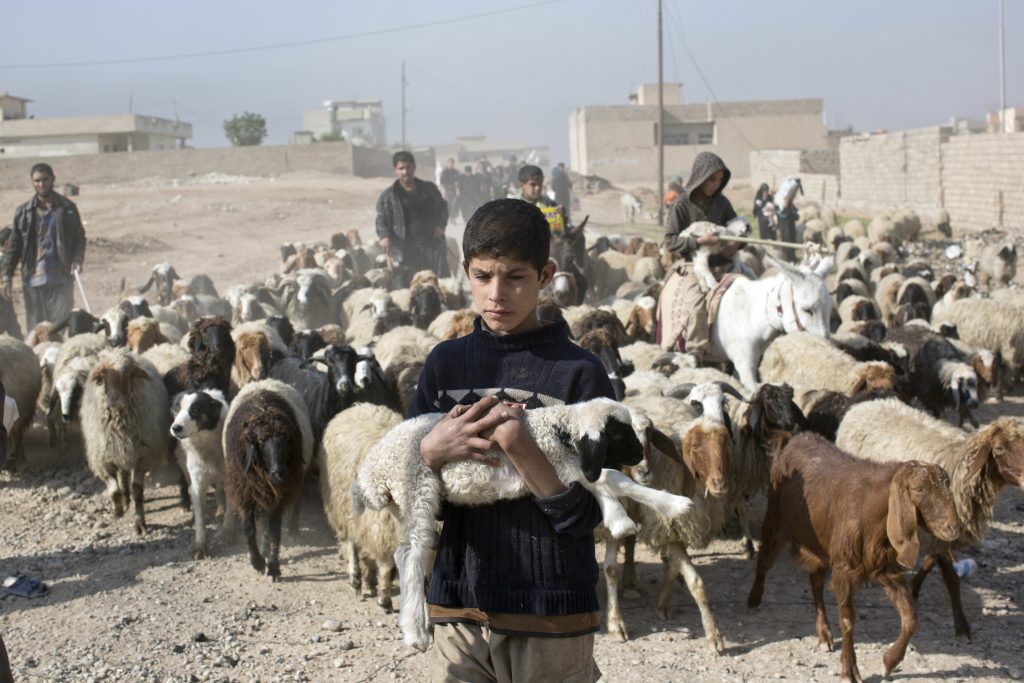 Iraq’s special forces worked Sunday to clear neighborhoods on the eastern edge of Islamic State-held Mosul as bombings launched by the terrorist group elsewhere in the country killed at least 20 people.

The Mosul offensive has slowed in recent days as Iraqi forces have pushed into more densely populated areas, where they cannot rely as much on airstrikes and shelling because of the risk posed to civilians, who have been told to stay in their homes.

“There are a lot of civilians and we are trying to protect them,” said Lt. Col. Muhanad al-Timimi. “This is one of the hardest battles that we’ve faced till now.”

Some civilians are fleeing the combat zone, while IS terrorists are holding others back for use as human shields, making it harder for Iraqi commanders on the ground to get approval for requested U.S.-led coalition air strikes. Iraq’s special forces are some of the country’s best troops, but they still largely rely on air support to clear terrain.

Iraqi forces first entered the eastern edge of the city on Tuesday. On Friday, forces began pushing into Mosul proper, but so far have advanced just over a mile into the city.

On the southern front of the Mosul battle, Iraqi forces are still some 12 miles from the city center.

IS meanwhile struck far from the front lines with a series of bombings.

The deadliest attack took place in the city of Samarra, 60 miles north of Baghdad, which is home to a major Shiite shrine. Provincial spokesman Ali al-Hamdani said the attacker set off a bomb-packed ambulance in a parking lot near Shiite pilgrims before detonating his explosives vest.

The attack killed 11 people, including at least four Iranians, and wounded up to 100 other people.

Another suicide attacker rammed an explosives-laden car into a busy checkpoint outside the city of Tikrit, killing at least nine people.