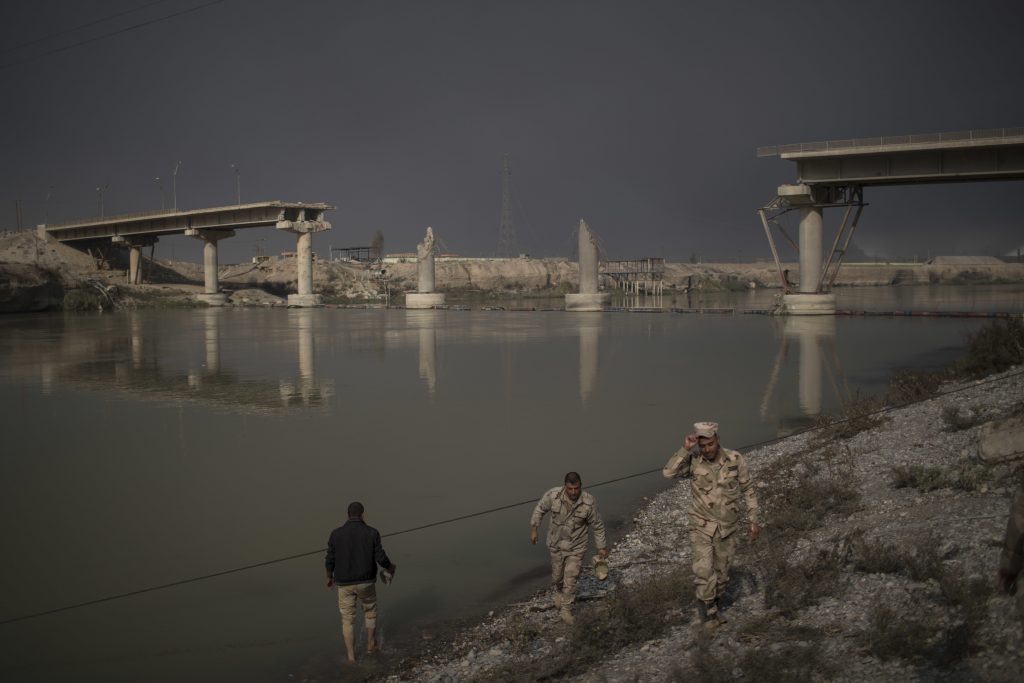 Iraq’s special forces struggled Sunday to clear areas retaken from the Islamic State terror group along Mosul’s eastern edge, where the terrorists have built up fortifications and ramparts in residential neighborhoods.

The slowdown highlights the challenges ahead for Iraqi forces as they press into more populated areas deeper in the city — where the civilian presence means they won’t be able to rely as much on airstrikes.

“There are a lot of civilians and we are trying to protect them,” said Lt. Col. Muhanad al-Timimi. “This is one of the hardest battles that we’ve faced till now.”

Some civilians are fleeing the combat zone, while IS terrorists are holding others back for use as human shields, making it harder for Iraqi commanders on the ground to get approval for requests for U.S.-led coalition air strikes. Iraq’s special forces are some of the country’s best troops, but they still largely rely on air support to clear terrain.

Iraqi forces first entered the eastern edge of the city on Tuesday. On Friday, forces began pushing into Mosul proper, but so far have only advanced just over a mile into the city. On the city’s southern front Iraqi forces are still some 12 miles from the city center.

The extremists captured the city in 2014, and have had plenty of time to erect fortifications. Trenches and berms have turned the streets and alleyways of a neighborhood once named after former Iraqi leader Saddam Hussein into a maze, and concrete blast walls have blocked off access to other areas.

“Daesh dug trenches that they filled with water and they have a lot of suicide attackers and car bombs,” said al-Timimi, using the Arabic acronym for the IS group.

IS fought back Saturday, pushing the special forces from the southern edge of the Gogjali neighborhood, where the troops had made their first major foray into the city itself after more than two weeks of fighting in its rural outskirts.

Both sides fired mortar rounds and automatic weapons, while the Iraqi troops also responded with artillery. Snipers dueled from rooftops in residential areas, where most buildings are just two stories high.

In what was likely a flare up of related violence closer to the capital, Baghdad, a suicide attacker rammed an explosives-laden car during rush hour Sunday morning into a checkpoint in Salahuddin province, killing at least nine people. Five female students, a woman and three policemen were killed in the attack at the southern entrance of the provincial capital, Tikrit, provincial spokesman of Ali al-Hamdani said. He added that 25 other people were wounded.

No group has claimed responsibility for the attack, but it bore the hallmarks of IS — which has conducted and claimed dozens of similar bombings.

In April 2015 Iraqi security forces drove out IS terrorists from Tikrit, about 80 miles north of Baghdad.