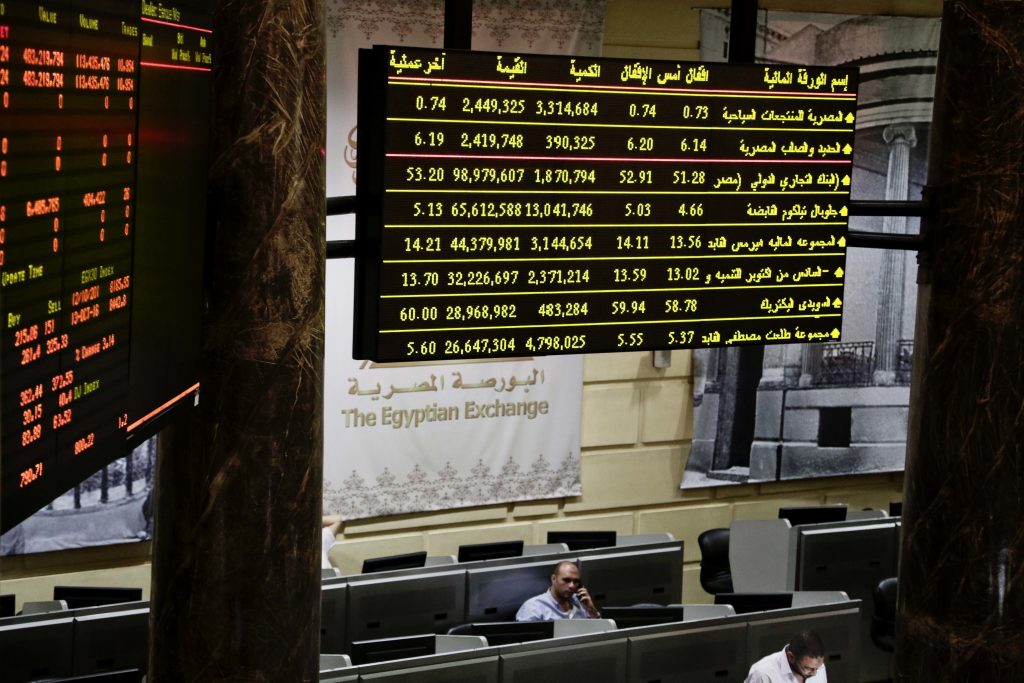 The Egyptian pound slid against the dollar on Sunday, the first full business day since Egypt took the unprecedented step of floating its currency and significantly hiking fuel prices. The bold double move has both triggered price hikes and met key demands set by the International Monetary Fund in exchange for a $12 billion loan to overhaul the country’s ailing economy.

Banks were selling the U.S. currency at around 16 pounds while buying it at around 15.5 pounds. The Central Bank on Thursday devalued the pound by 48 percent, setting a holding exchange rate of 13 pounds to the dollar that was shattered within hours.

Prior to the floatation, the dollar’s official exchange rate was nearly nine pounds. Earlier last week, it traded at an all-time high of 18-plus pounds on the parallel black market.

The floatation was followed just hours later with a hike in the price of fuel by between 30 and 46.8 percent, a move that had an immediate knock-on effect on the price of a wide range of food items and transport.

Egypt and the IMF reached a provisional agreement on the $12 billion loan in August, but the IMF’s executive board has yet to ratify the loan, which is likely to happen before the end of the year. Egyptian officials say the agreement with the IMF would restore investors’ confidence and put the country on the path to economic recovery.

The floatation and the hike in fuel prices are part of a package of unpopular measures recently taken by President Abdel-Fattah el-Sissi’s government to revive the economy, including the introduction of a 13-percent value added tax, higher sugar prices for ration card holders and a rise in the price of household electricity.

Beside growing domestic and foreign debt, Egypt has been grappling with inflation and unemployment rates of around 14 and 12 percent respectively, an acute foreign currency shortage and a slump in the vital tourism sector.

Moreover, its security forces are fighting to crush an insurgency by terrorists led by the Islamic State terror group in the strategic Sinai Peninsula. Smaller terror groups suspected of links to the banned Muslim Brotherhood have claimed responsibility for a series of assassination attempts against government and security officials in Cairo in recent weeks.

The pound’s floatation and the fuel price hike have combined to send food and transport costs higher, deepening the hardships facing middle class and poor Egyptians. Rides on Cairo’s communal minibus taxis, a popular form of transport, now cost up to 20-25 percent more. Residents are also reporting rises in the price of fresh vegetables and fruits due to higher transport costs.

Authorities, however, have kept fares on public transport, including Cairo’s subway, unchanged. Many Cairo taxi drivers have since Friday begun refusing to switch on their meters, arguing that they would do that when the government announces new meter settings that reflect higher fuel prices.

The floatation has yet to reach all bank dealings in foreign currency. Bank employees on Sunday said individuals could only buy dollars from the banks if they prove they were soon to travel abroad and that recently introduced restrictions on credit card spending abroad remained in force.

There has been no sign of street protests against the latest measures, but it’s too early to rule out the likelihood of unrest since the fallout from the weaker pound and higher fuel prices have yet to fully filter down to more items and services.

Authorities are not taking a chance. They have in recent days detained dozens of Islamists in connection with calls for street demonstrations on Nov. 11 to protest the government’s handling of the economy. They accuse the Brotherhood of being behind the calls for protests. Recent Brotherhood statements called on Egyptians to rise up against the government but they have not set a date.

El-Sissi, a general-turned-politician elected in 2014, has repeatedly told Egyptians in recent weeks that tough measures were needed to remedy the economy and that his government intended to do everything it could to cushion the impact of economic reforms.